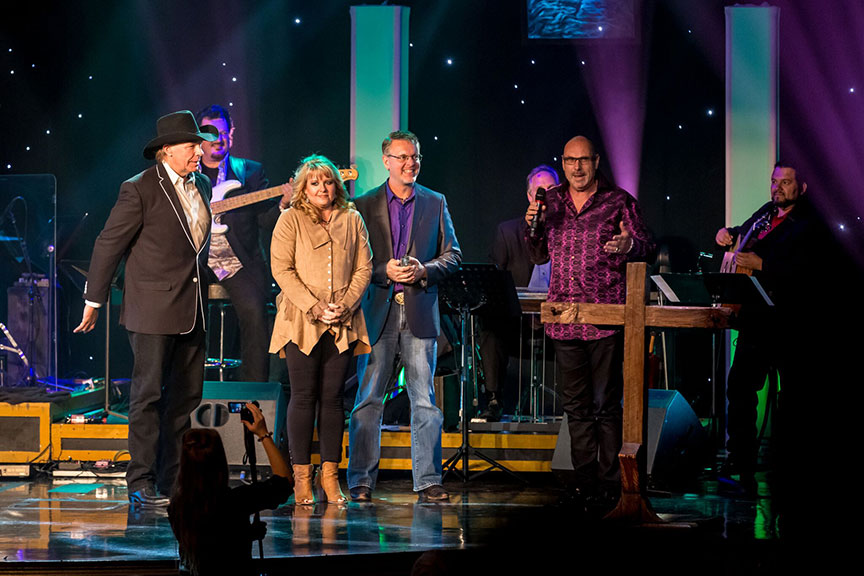 It is hard to believe that it is already Award’s show time again! The band has been busy rehearsing, the awards have been engraved, and all of the entertainers and Terry Awards staff have been gearing up for another exciting year. From the entertainers in the audience to the ones presenting and performing on stage, there is going to be so much incredible talent at this year’s show. The nominees are all so well deserving and to have just a few of them perform on-stage this year will be spectacular! You just won’t know what special surprises to expect!

On top of all of the prestigious awards that will be given out, five scholarships will be given out to students in the Branson area. The Terry Awards team believes in helping and encouraging others in any way possible and this is our way to help give back. It is a blessing being able to support the city of Branson through this Award’s show. The Branson community is like one big family and it is so great to be a part of it! It is my hope that you will join us for the 3rd annual Branson Terry Music Awards. From the beginning of the show until the curtain closes, this is a show that you will not want to miss!

Fiddle Player of the Year

Lead Player of the Year

Bass Player of the Year

“I look forward to the Terry Awards every year. It’s a chance for entertainers to take a night off from our shows and enjoy the company of each other — and that’s important to me because this really is a great community.” — Luke Menard, New South (pictured at left)

“I’m so excited to attend. To be nominated alongside all the incredible musicians, mentors and friends I’ve admired for years is one of the greatest honors of my life!” — Scott Kwapiszeski

“You always hear ‘it’s an honor just to be nominated’ but it really is an honor to be included in the caliber of talent the Terry Awards recognize. I think all of us already winners walking in because we get to do what we love in such a beautiful place with wonderful people. It’s a blessings and humbling.” — James Sibley

“It’s an honor to be nominated with my wife Melody. We cheer for each other! It is a night to see friends and party!” — Wayne Massengale

Instrumentalist of the Year

Tribute Artist of the Year

Vocal Duo of the Year

“The Terry Award provides an opportunity for local talent to be recognized for their hard work and dedication to the Branson entertainment industry. It’s an event that brings entertainers together for a fun-filled evening shared with the community. The Branson show scene is chock full of highly talented individuals and to be an award nominee is, without a doubt, an honor not to be taken lightly.” — Jarrett Dougherty

“I’m so glad Terry brought his awards show to Branson. I’m grateful to be nominated. It should be a really good time Sunday night at the Stafford Theatre.” — Paul Oney

“This will be my first year attending and I’m super excited just to go (let alone to be nominated). Over the course of my career I have found it rare to see so many artists coming together to honor one another. I’m proud to work nightly alongside the many greats here in Branson! — Tammy Beebe

Matinee Show of the Year

Diana Lynn Tribute to the Carpenters

Male Vocalist of the Year

Entertainer of the Year

“It’s a great honor being nominated for Entertainer of the Year. I feel truly blessed.” — David Brooks

“I am thrilled to a part of this event. To even be considered for Entertainer of the Year is deeply appreciated. My best wishes to all those nominated and tremendous thanks to the Terry Awards.” — Rick Thomas

“Terry Beene is an amazing man who genuinely cares about and loves Branson, Missouri. I am honored to be associated with such a special occasion.” — Terry Sanders

“God bless Terry Beene, Chisai Childs, and all those who work really hard to put on the Branson Terry Awards. We entertainers truly appreciate each and every one of you!” — Doug Gabriel

Vocal Group of the Year

Gospel Group of the Year

Band of the Year

Roundup on the Trail – New Trails

“It is an awesome event that gives entertainers a night of recognition and fellowship with each other. I sure do appreciate it and it gives me the chance to dress my wife up as the princess she is. This night is about the respect we all have for each other.” — Mike Walker

“We are looking forward to the excitement of the Branson Terry Music Awards. It is not only a gathering of the stars of the Branson stage but also a gathering of all friends and fans we have made through the years of performances. To be nominated for Duo of the Year with my 11-year-old daughter Talya is a blessing that brings tears to my eyes.” — Joe Tinoco

“Terry, Chisai, Haily and the entire team have done a great job each year putting on a great night of entertainment while handing out some well-deserved awards. I expect this year’s award show to be another great experience filled with music, laughter and the best entertainment Branson has to offer.” — Brandon Mabe

Dinner Show of the Year

Roundup on the Trail

“I’ve never been to the Terry Awards before. I just moved to town but am very thankful to be nominated as guitarist of the year.” — Chad Cathell

“The Terry Awards are a special time to get together with friends, co-workers, entertainers, musicians and all the people who have worked so hard to provide great entertainment in Branson.” — Jonathan Black

“There are so many amazing players in Branson. I’m humbled to even be counted among the nominees.” — Ashley Stech

“The Terry Awards are our own Grammy Awards. Thanks Terry Beene!” — Eddie Stovall

“It’s a great chance for musicians to visit with each other. Rarely are there chances to catch up with everyone.” — Larry Allred

“Branson is full of talent and the whole town is proud to take part.” — Robby Springfield

“Lifting up individuals who are not on the national stage but have dedicated their lives to music and entertaining is what The Terry Awards are all about!” — Rick McEwen

Comedian of the Year

Track Show of the Year

Winner: Eddie Stovall & The Golden Sound of The Platters

Diana Lynn – Tribute to the Carpenters

Drummer of the Year

“All the musicians in Branson, Missouri feel like family and it’s nice to be recognized as part of that family.” — Nathan Agdeppa

“I’m looking forward to the event, not only for the recognition within our community but to have the chance to visit with friends I rarely get to see!” — Kelly Black

“It’s so nice having the Terry Awards in Branson! The entertainers work so hard to put on fantastic shows. It was so wonderful of Terry Beene to bring it to Branson. I’d also like to give a special thank you to Chisai Childs for organizing the ceremony and Hailey Westrich as well. Branson appreciates you so much!” — C.J. Newsom

“This is the third year for Terry Beene to have the Awards and I think it is great he thinks enough of us Branson entertainers to host such an event. My hat’s off to him!” — Randy Plummer

Keyboard Player of the Year

Steel Player of the Year

Production Show of the Year

“At the risk of sounding cliché, it is an honor to be nominated. Our first goal is to always make sure our visitors are thoroughly entertained but it is a welcome treat to take time out of our busy show schedules and come together to honor each other’s accomplishments.” — Jamie Haage (pictured at right)

“It’s a great night for the family and I to get dressed up and see an award show together, be a part of it, and cheer for our friends!” — Melody Hart

“Always a great time dressing up and getting to hang out with friends, guests and fellow entertainers! We are so honored Comedy Jamboree, along with our fellow friends and entertainers at Grand Country, have been nominated this year. We are truly blessed!” — Shannon Thomason

“There are many talented vocalists in town. I’m very honored to be nominated as Male Vocalist of the Year!” — Todd Bradshaw

Morning Show of the Year

The Best of Neil Sedaka

Show of the Year

Female Vocalist of the Year

Many thanks to the amazing Beckie Fairchild for the photography. Be sure to check out TGC Photography FACEBOOK Page HERE.

“Thanks for the great photography Beckie! You make everybody look good! Even me!” — editor, Joshua Heston