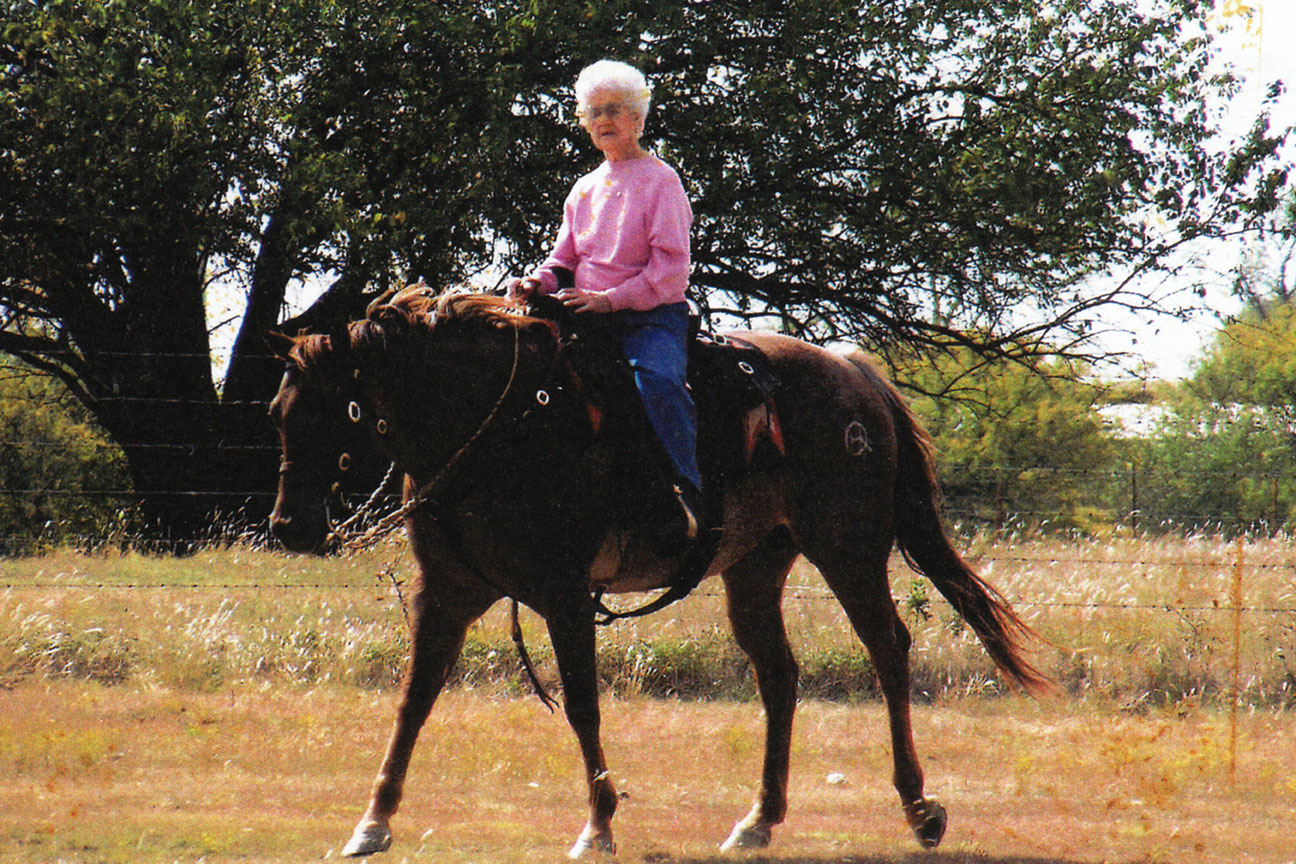 The cuckoo clock on the wall is ticking. Faintly, but still it ticks. Reminding me that time is constantly passing. Forever moving. Never stopping, not even for a small moment to let us catch up. We pause and hold our breath, but no, time does not stop.

Time… whether we like it or not, is fleeting. But if you don’t mind, take just a few minutes with me. I’m going to grab hold of time for a moment. I’m going to capture time in my hands for just a second or two… and then hold time out to gaze upon it.

Please, do join me.

A little white house sits in the middle of Ozark, Missouri. And within this house lives one of the sweetest ladies I have come to know. With a story as great as hers, it’s hard for me to know where to start. So, like most stories, I guess I’ll just start at the beginning.

September 9, 1916, is the day this story begins. With a hot September draft in the dinning room of a small farm house near Rogersville Missouri, came the first daughter of Baxter and Mary Wills: Kathryn Wills.

Kathryn became the oldest of three sisters: Kathryn, Reba and Harriet. Being the oldest she had to take up a lot of responsibility growing up, saying, “Harriet is my baby, I basically raised her myself. You see, Mama was in her 40s when Harriet was born and she wasn’t feeling too well, so I took care of her as my own.”

I ask about her parents, what they were like, and, after about ten times of repeating my question for her hard hearing, she answers, “They were wonderful. No girl had no better parents than I had, honey, and I can say the same about my husband and aren’t I lucky…they were lovely people.”

She continues painting her picture from the past and I step onto the canvas with her as she shows me around. On her right hand middle finger she wears her father’s ring that his mother gave him on his 21st birthday. Both his and his mothers initials are engraved on the inside. She twists it around and around and whispers almost to herself, “Not all the money in the world could buy this ring from me.”

Between helping with her sisters and helping her father, she always had something to do. Little Kathryn — being a daddy’s girl from the start — was out in the fields as soon as she was big enough to walk.

“I helped Daddy farm,” she explains, “ We were buddies.” They had two barns that joined together, one for the horses and one for the cows.

“What kind of cows did you have?” I ask. “Jerseys mostly. Around 20 of them.” “And you milked them all by hand?” I continue.

“We didn’t even know what a milker was when I was growing up, honey.” she laughs, “We had no electricity or nothing. I milked, honey, from the time I was big enough to sit up almost. ‘Cause I liked to be wherever whatever was going on, ya know? And like I say, I followed my daddy everywhere he went and he was, he was a jewel.”

In the spring of ’34, the start of the depression, Kathryn helped her father plow 40 acres of corn ground with her horse she also rode to school everyday.

“Money was scarce and hard to get ahold of but by me helping him and saving him all that money, I got some of the prettiest clothes that summer. He took me to Springfield and dressed me up!”

Not long after she graduated from high school in ’34, she married Ward Parsons, the love of her life, in ’38. “Honey, he lived just west you know and I knew him all my life. And he tried to go with me in earlier years but I couldn’t see him through the smoke ‘cause I was going with a kid I was going to school with. But finally that fell apart and I took up with him. It was the best thing that ever happened to me.”

She and Ward would ultimately find a little house in Ozark to settle down in; the same house she still lives in to this day. Ward worked the gas station just walking distance from the house. Most of the nights Miss Kathryn would sit at her sewing machine, facing the window and occupying herself until she could see him walking back home. As soon as she could see him, she’d hop up and put supper on the stove.

“I’d always get just a little dolled up just for him when I could see him coming.” She smiled at me then, the same smile anyone in love owns. Ward and Kathryn soon had two sons, Bill and Marvin. Those boys mean the world to her. Both played basketball growing up, traveling all over town for competitions, and of course, their momma went to every game. Bill served in the military, training in Fort Leonard Wood when war broke out.

He was sent to Vietnam, coming back to Colorado after being scarred neck down by shrapnel. “They brought him to the veteran’s hospital in Colorado and Ward was working at the gas station at the time but Marvin and the boys that worked for him took over so we could go out there. Ward started driving and on the way got tired and sleepy so he let me drive…and I didn’t just drive, I flew!”

Marvin had to go into training but was never sent to war.

Ward passed away several years ago, but if you ask Miss Kathryn, he is still the best thing that ever happened to her. He still lives in her memories and she holds him close in her heart along with all the cherished moments of her mother and father.

Miss Kathryn has been going to the same church nearly all her life. Smyrna Baptist Church sits in a little valley near Rogersville. With only dirt roads and half-surrounded by a creek bed, the church became hard to get to when winter rains came.

Driving a buggy, Miss Kathryn’s family started to go to Harmony Baptist Church but in time Miss Kathryn found her way right back to Smyrna. And to this day she claims it as her one and only church home. “I was in this church even before I was born,” she says.

And this Sunday, you’ll see her in the second to last pew, singing the old hymns of the faith. Her favorite is still #176, Fanny Crosby’s 1870 song, Pass Me Not, O Gentle Savior.

If I look back I’m likely to get a quick wink from her blue eyes. What amazes me the most is the way she cherishes every little gift. I watch her spreading her love and warmth to every heart she can reach. And I sit back and watch.. And there’s not a more perfect picture to admire than a life of a small town girl that owns a heart bigger than the world.

I find it really difficult to sum up 100 years in a single story but I think I’ll stop now, leaving you with one last note to ponder upon.

I had left the interview with one question unasked.

So at last night’s church service I go to her and ask, “Miss Kathryn?”

She looks up at me with her warm blue eyes. “Yes, honey?”

I continue with my question, “Miss Kathryn, may I ask, out of all your life, out of one hundred years of living, what is the most important thing you have learned?”

Her eyes drift as she thinks about my question. Then after a moment or two she fixes her eyes back on me, gripping my arm with her hand. “Well honey….I’d say the most important thing I’ve learned from life…is how to truly, truly love people.”

And with that note she smiles and wanders away to go from person to person doing exactly that.