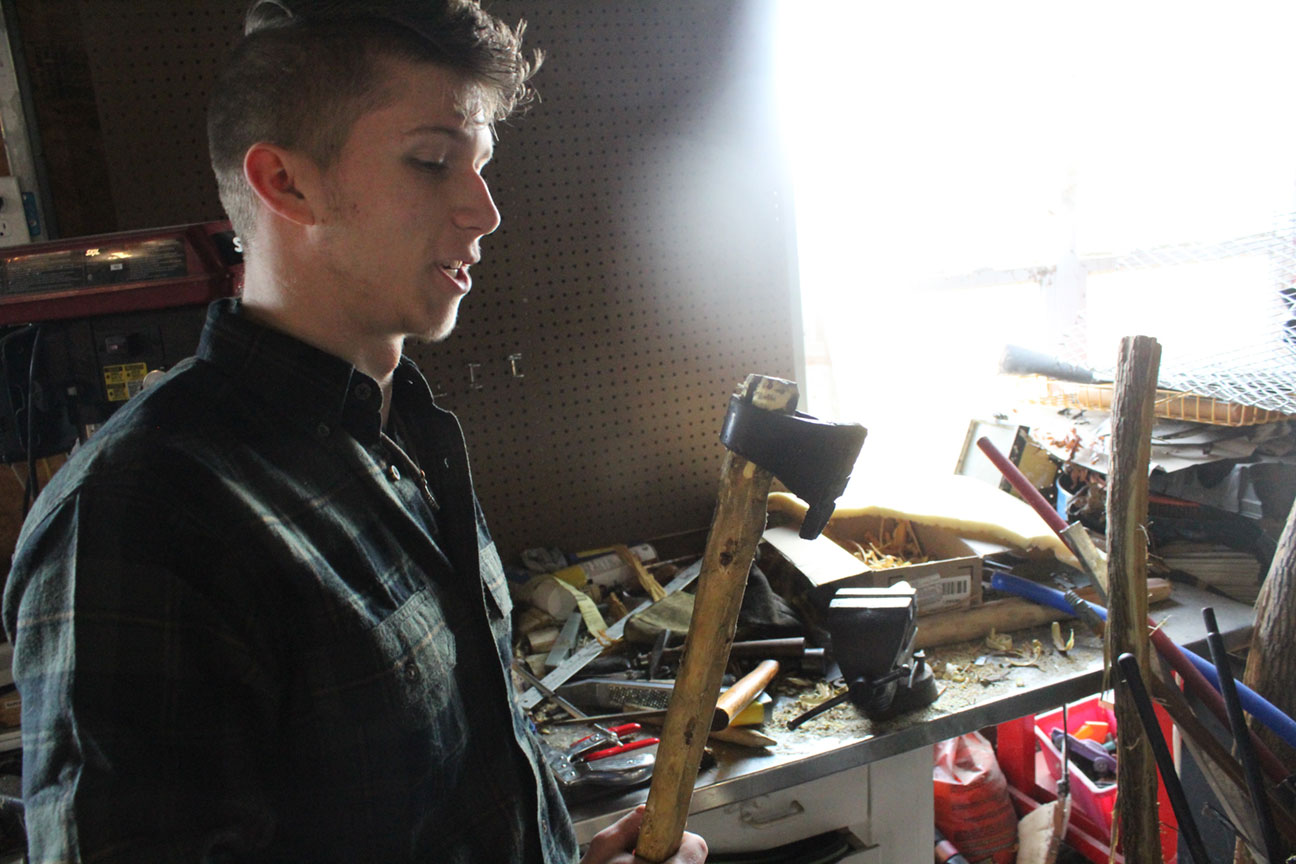 Kirk Lewis, 16, is a blacksmith. What is his inspiration? “We had scrap metal around and I always loved medieval stuff. I just started making things and it formed into what it is now out of research.” The video game Fable was inspiration, as well as film trilogy Lord of the Rings.

Heading up his own sparring club, Lewis studies combat styles intensely. “Most people think of Vikings as barbarians but their combat was very fluid.” His opinion the Viking TV series? “I’ve seen it. It’s not very historically accurate as far as armor and weaponry.”

His ability to turn scrap metal into weapons and art is longstanding. “Since he was two or three years old,” shares mom Amanda, “Kirk would use a low-temp glue gun and take all the little broken parts of action figures and toys and create these new heroes. So at that point, we quit throwing anything away. [Then] He started using leftover pieces of the garage. All we try to do is give him the materials and the time to create and then get out of his way.”

So far, Kirk is likely the only young man to ask for 100 pounds of coal for Christmas — “I’ve been forging a lot” — and is willing to give lessons on armoring. In the year ahead, he hopes to finish “the scale mail. I’d like to actually forge my first sword. It would be fun to make a gladius.”