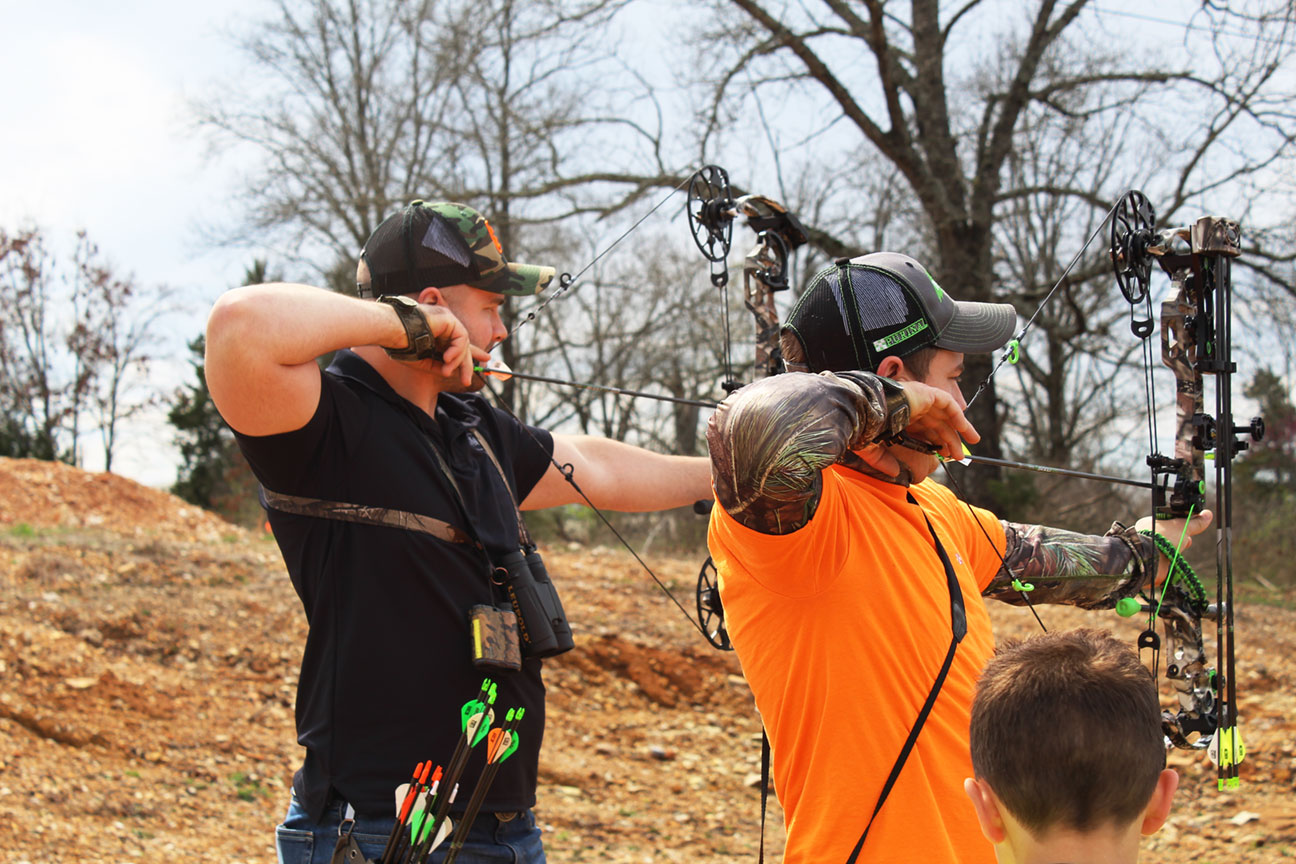 Despite the threat of heavy rain, the March 31 Archery Shooters Association (ASA) Shoot just north of Branson, Missouri, hosted by White River Bowmen, was attended by over 60 archers from both Missouri and Arkansas.

“When we started talking about White River Bowmen, we thought getting the land would be the hardest part. Turns out it was the easiest!” says Wilson. Mike Messenger provided the land (his home sits atop the ridge). Trails wind through the glade.

The March qualifying shoot included both Missouri and Arkansas competition archers. It is an ASA honor rarely bestowed on new clubs.

Throughout the morning — and sometimes beneath heavy rain showers — archers of all ages and backgrounds participated. Every shoot is family friendly and open to traditional archery as well. Here, the importance of community and respect rule the day.