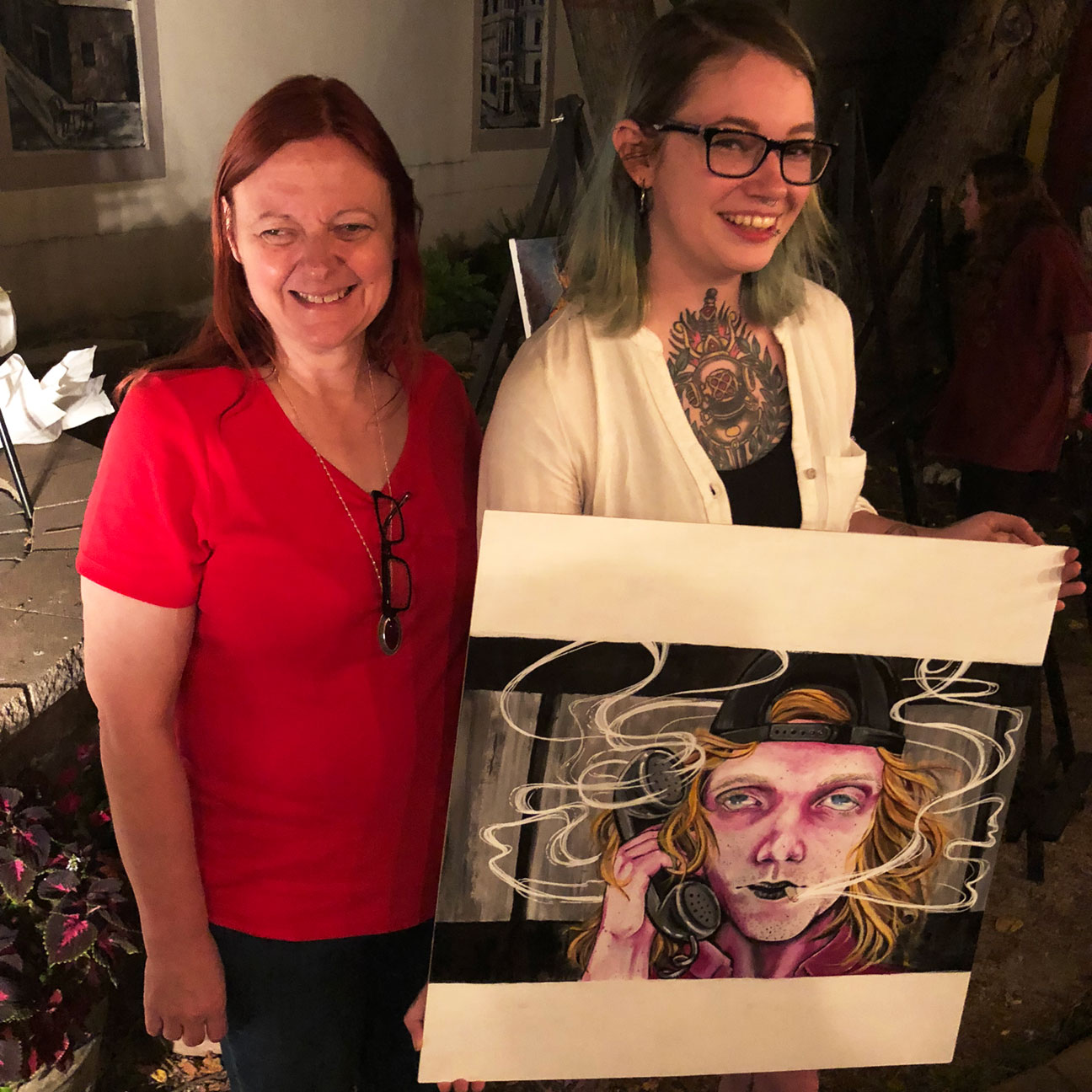 The giggling announced that the Women’s bathroom door had opened.  I glanced at the clock. 11:48 p.m.  I returned to my notes, turning the pen in my hand as my mind worked over the scrawled handwriting.  The phone started ringing.  Not the phone on the desk behind me.  The pay phone.  I looked up as the two teenaged girls came up the outside aisle nearing the phone.  Their giggling paused. They were dressed to the nines; or their idea of the nines.  The dark-haired one slowed and reached for the receiver.

“I wouldn’t do that.”  The words were out of my mouth before I had thought.

The blonde one looked my direction and fixed on my name tag. “Okay, Drew.  Boy, your parents were edgy in the 90s, huh?”  She started laughing again but it came out as a drunken snort.

The dark-haired one picked up the receiver and put it to her ear.  I consciously resisted flinching.  “What the actual hell?  Weirdo.”

She turned to the blonde, wide-eyed, and the alcohol was more noticeable in her expression.  “Some jackass said he’s watching us.”

They walked out the glass doors and past the gas pumps to the red Mustang.  I flipped a page in the pocket-sized notebook and scribbled their descriptions.  Noted no names.  Put today’s date and the time.

No one was inside or at the pumps, so I took my chance for a quick smoke, standing on the sidewalk in front of the doors.  In the two years I had worked the night shift, the pay phone has rung only when customers are around.  Most don’t notice it ringing.  It’s a relic that the phone company never bothered to remove.  I asked Margie about it once, and she looked at me like I was an idiot.  “There’s no line hooked up to it,” she had said. I mumbled that I must have imagined hearing it ring.  She laughed and said something about the night shift driving people crazy and I had lasted longer than most.  I never mentioned the phone, or the rest of it again, to anyone. One last drag on the cigarette and I put it out on the brick wall. I had the sense I was being watched.  I turned and scanned the darkness beyond the pumps.  I shrugged but couldn’t quite shake off the feeling.

It took about six months to notice the pattern.  It never rang if I was alone.  Margie was right.  No dialtone. I had called the number that was under the yellowed plastic on the phone.  Not a working number.  I had followed the line outside and found the end snipped at the telephone pole, capped with a faded and cracked cap.  It had been cut a long time ago.

Every once in awhile a customer would pick up the phone when it was ringing.  I have a memory for faces.  I noticed that those faces would show up on the local news later.  At first, it would be months.  A body found a hundred miles away.  Then they were found closer and quicker.  That’s when I started the notebook.  The dump sites were getting closer.  I thought about talking to the Sheriff; he’s in here killing time enough but what do you say that doesn’t make you look like the perp?  There were no details in the news about the deaths.  The Sheriff had let enough slip over his ‘I never drink beer on the clock’ beers that I knew they didn’t know how the victims died. Except for the number of bodies, they wouldn’t view them as suspicious deaths.

Three days.  The dark-haired one was found in three days, and ten miles from the gas station.  Ellen Tumley, aged 18.  That night I added her to the map in the notebook.  I needed a smoke.  The clock read 12:13 a.m.  Noone had been in the store for half an hour.  I grabbed my cigarettes from under the counter and headed to the doors. Ring.  I stopped and scanned the store in case I missed a customer.  Noone.  It kept ringing. I walked over and picked up the receiver.  There was static then a man’s voice, “I’m waiting.”

I looked up and out the glass store front and saw the dark figure across the road. I lit the cigarette and pulled a long drag.  Margie won’t mind the smell in the morning I reasoned.