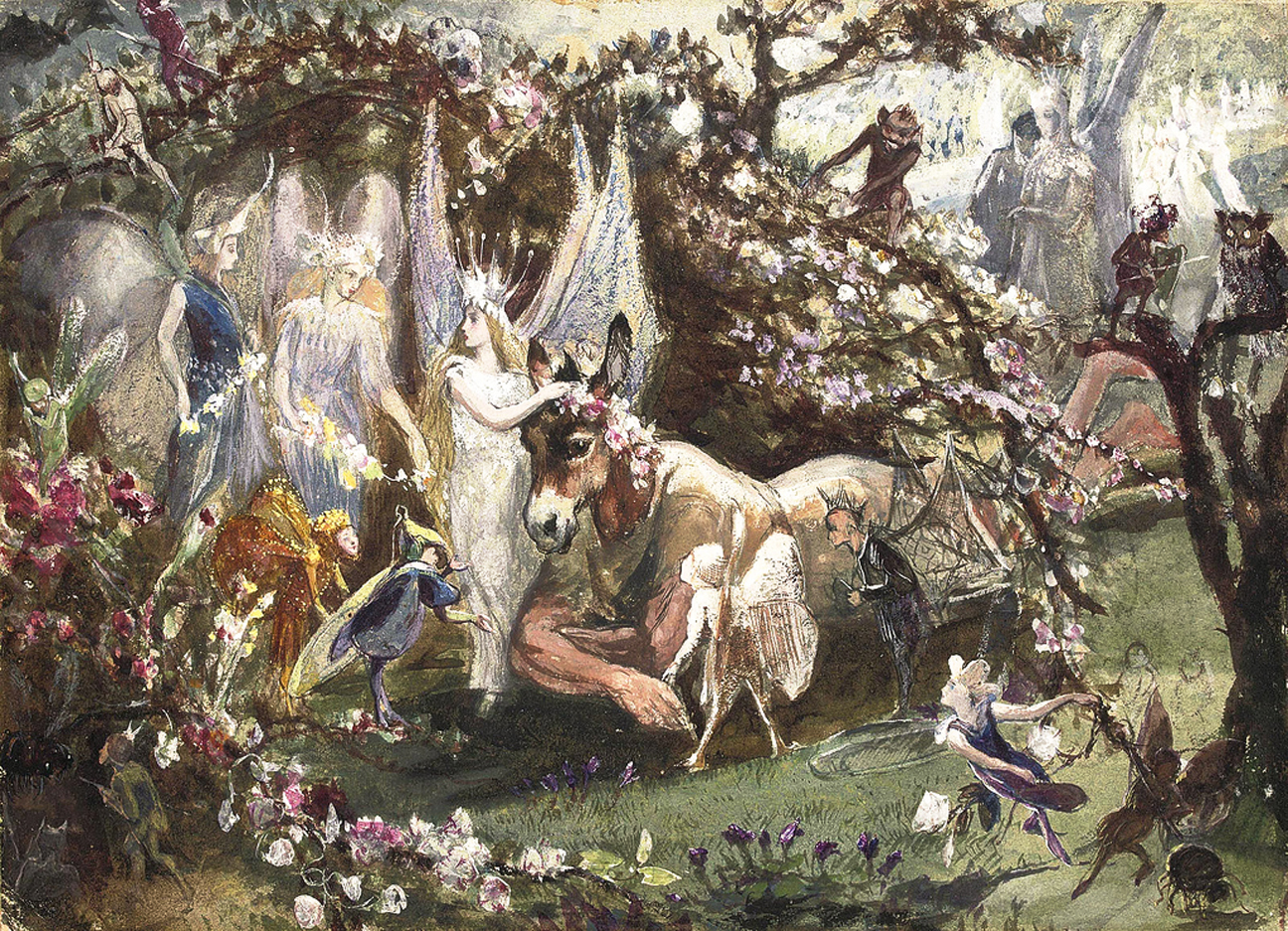 “From the cradle to the grave our every move is shadowed by beings not quite of this world.” (1)

In the old days, before our inundation of technology, before we could pat ourselves on the back for having discovered every mystery worth finding, there was a gentle rhythm of understanding: forces more powerful than ourselves were at work in nature. And, often, we were at their mercy.

All ancient peoples, it seems, shared some form of belief in a twilight world beyond, where gods and sprites and weird creatures affected the mortal realm. Few of these world were as rich, as capricious, or as engaging, as the fairy folk of the Celts.

You must have a silver penny
To get into Fairyland (2)

Today, we associate the Celts with Ireland, Wales and Scotland. Simple storybook visions of leprechauns, pots of gold, translucent-winged fairies (and maybe the ghostly banshee) spring to cartoon-like life in our minds.

The real story is far richer.

So, spread your wings across Europe. Celtic peoples are also found in Brittany, Cornwall, the Isle of Man, Galicia, Nova Scotia, Appalachia, the Ouachitas, and the Ozarks. But before that, let’s soar back into the mists of time. Before England, before the Normans, before the rise of the monolithic Roman Empire. Across central Europe, north of the Alps, were a restless, imaginative, freedom-loving people we today call the “Celts.” (3)

The winners of every war are the writers of every history book and the Celtic peoples have suffered long beneath the weight of this truth. Were it not for the work of archeologists, the historians of Roman antiquity would have relegated this complex and still-contributive culture to the closet titled “barbarian.”

Austrian mine operator (and amateur archaeologist) Johan Georg Ramsauer discovered multi-layered burial chambers of a previously undocumented people near Hallstatt, a tiny fairytale village perched before a near-bottomless lake and against the towering Alps. The places was a crossroads in the ancient world — not for diamonds or gold but for something far more precious to the people of the age: salt. And the salt mines in which the ancient Celts were buried preserved them. (4)

Perhaps the Celts were always drawn to larger-than-life landscapes of mountains and lakes. Our understanding of this people — defined not by pyramids, aqueducts, or conquering armies but rather by intricate myth, a puckish folklore, and the art of the open-ended curve — was furthered by the archaeology find at La Tène on the shores of Lake Neuchâtel in Switzerland.

There, thousands of bronze art pieces had been placed in the lake — an offering to the gods? The flowing lines of the La Tène artifacts gave the world an undeniable glimpse into universally recognized Celtic art — here the swirling lines of the open-ended curve forever crushed the idea of the Celts as “primitive” or “barbaric.”

Long ago, the earth was young and made no sense. Great winds scoured the earth while stones and hot fire ripped holes through the black sky. One little stone flew so far it pierced the side of heaven itself. And a drop of sacred water fell out.

Then another. And another. Then a torrent.

The sacred water was Danu and Danu put out the the fires of earth and all was silent. The sky changed from black to blue. The oceans filled. The mountains and valleys became green.

An oak grew atop a great green hill and the oak was sacred for it was nourished by Danu. The oak was called Bile (BEE-leh) and it produced two acorns. The first to fall to the earth grew and became the Dagda, the Good God. The second acorn became Brigid, the Exalted One.

Together, the Dagda and Brigid asked Bile (the father tree) and Danu (the mother water) what to do and were told they were to people the earth with the Children of the Danu, the Tuatha de Danann.

And so they did.

The Dagda was the father of manliness, humor, strength, magic, farming, and wisdom. Brigid was the mother of healing, song, poetry and craft. Brigid taught her children that wisdom was found in the sacred waters of Danu. The Dagda taught his children to revere the sacred tree Bile, but never speak Bile’s name. Instead, they were to call the tree “oak,” or dru, which is where we form the word druid.

Together, the Dagda and Brigid had many children, including Aengus (god of love, youth and poetic inspiration), Midir (who wooed the fair Etain), Nuada (great king of the silver arm), Ogma (whose gifts were poetry, language and excellence), and Ruadan (killed in battle with the dark Formorians and for whom his mother Brigid sang the first lament of the dead).

The Tuatha de Danann lived in four cities in the shadow of the Alps and listened to the waters of Danu flowing into the great sacred river they named for the water goddess. This river would later be called Danuvius by the Romans. We know the river today as the Danube.

But the great cities remembered today as Falias, Gorias, Finias, and Murias became crowded and Danu spoke to Brigid.

Then, Brigid gathered her sons and daughters and said, “Danu wishes us to journey far to the west. Nuada, you will lead your brothers and sisters to the Island of Destiny, called Innisfail, also called Erin. But be warned! Another race lives on the island. The children of the goddess Domnu await. They are called the Formorians.

“Domnu is the ancient sister of our goddess Danu. You know Danu for her healing, her light and her wisdom but Domnu is everything Danu is not! Domnu is darkness and fire, the deep of the great sea, the empty bleak of the earth far below. Her children are misshapen, horrible things but powerful in magic. They will not submit to you.” (5, 6)

And so the Tuatha de Danann gathered high on a mountain and a great mist caught them up and carried them far to the west, to the green island of their destiny. There the Tuatha de Danann did battle, with the Children of Domnu, yes, but also with the Fir Bolgs, a race of mortal men swollen with battle fury.

Despite the dark and misshapen evil of the Formorians, great heroes — including Cuchaillain — were born from trysts between the Tuatha de Danann and the Children of Domnu. Ultimately, the Formorians would become the crawling things of the deep, the phantoms of the great dark, and the twisted, capricious gods of robbers and sea raiders.

Time passed and then the Milesians — mortal Gaels from the western coast of Spain — sailed to the Island of Destiny. The Milesians were skilled in great magic and they fought the Tuatha de Danann for control of Inishfail. After great loss, a truce was declared and the land was divided — not into parcels of east and west and north and south but rather into above and below.

The mortal Gaels would take all of Ireland on the land’s surface. And in a great host, the Tuatha de Danann walked to the ancient barrows or mounds dotting the countryside and — using their magic — opened the way into the Underworld.

In the old language, the mounds were called sidhe (SHEE) and the Tuatha de Danann became called the “people of the mounds,” or the daoine sídhe (DAIN shee). This was the ancient beliefs of our Celtic ancestors. In time, it became the folklore of the rural and the poor. The proud Children of the Goddess Danu were called the Good People, the Fair Folk or sometimes just The Folk.

They are our fairies.

And thus is our mythology understood.

Meanwhile in the real world, the Celts were driven westward by the Roman Empire. Fleeing before the crushing uniformity of grids and monolithic social structures, sharp edges and straight lines would confront, and defeat the beauty of freedom and thought of the Celtic open-ended curve.

Look at the art of the Celts and contemplate its meaning. Flowing lines representing beauty, art, freedom of thought and individualism, born of the curves of the ancient oak, of sunlight filtering through the forest, of the sacred waters of Danu trickling from a stream. The Celts could not be assimilated. They would fight — or they would flee.

First to the western edges of Europe, establishing strongholds in Galicia, Brittany, and present-day England. Then, the Romans pushed further and the Celts again fled westward, this time into Cornwall, Wales, Scotland and Ireland.

The Anglo-Saxon kingdoms — and feuds and Viking incursions — would be followed by the Norman invasion of 1066. As England rose to power, the same monolithic structures of Rome would be copied — and again applied to the “barbaric” Celts. Over the centuries, Wales, Scotland and Ireland would be subjugated by Great Britain. Traditions were outlawed along with languages.

The monolithic war of order against freedom reached its pinnacle in the Scottish Battle of Culloden (1745) and with an Gorta Mór, the Great Hunger of Ireland (1845-1852). The Scots-Irish would begin a migration to the United States and Canada. In North America, Celtic immigrants often found over-arching authority aligned against them, forcing further retreat deep into the wilderness of  the Appalachian Range and ultimately the Ozark Plateau and the Ouachita Mountains.

Over the centuries, Celtic folklore would undergo strange transformations. Christianity would explain the Tuatha de Danann as angels wishing to stay out of the fight between God and Lucifer and were thus banished into the air, sea and underground. Leprechauns and banshees were simplified. And to conform to the Victorian Age, fairies were transformed from powerful— sometimes grotesque — beings into tiny ladies with butterfly wings. Celtic mythology — wrought with deep archetypal meaning — was sanitized and marginalized. Fairies were left in the nursery; belief minimized to the childish. (7)

Lost was the Dulahan, the headless dark fairy of the Cóiste Bodhar (death coach). Gone were the mischievous Puchas — often appearing as a horse or a rabbit — and the insatiable Kelpie which stood in the mist, disguised as a beautiful girl, boy or horse, waiting to drag the unwitting down to a horrific death in a bog or lagoon. The selkies of western Ireland were the magical seal people, bestowing great luck or terrible curses on those who helped or harmed them. Here is a pantheon of beings both good and bad, often simultaneously.

“Leave out bread and milk for the fairies,” was once a common refrain in the old days. Those who dared insult the fairies ran the risk of bad luck, blindness, paralysis, abduction or death. But fairies could also bless a mortal with the gift of enchanted song or dance. (8)

These are ambiguous beings who challenge our children’s book perspectives but also set us free. When we are allowed to understand deep darkness and light in a fairytale being, we have taken the first step in understanding — and perhaps forgiving — the same in ourselves.

There is the leanan sidhe (LEE-an-an shee), the fairy lover who appears to mortals, inspiring them to great artistic heights but often causing the unprepared mortal to pine away in unrequited desire. The sluagh sidhe (SLU-uh shee), souls of unbaptized children who appear as a flock of tattered crows to drag the dying off to the underworld. And the oversimplified bean sidhe (BAIN shee) is the woman of the fairy mound, keening the song of lament for the dead. Remember Brigid the Exalted One singing the first lament for the death of her son Ruada at the hands of the Formorians? Here even the exalted goddess is allowed to cry.

And so, in the gathering twilight beneath a white hawthorn, what will you find? Perhaps your rational mind will laugh and see only soil and earth and sky.

But perhaps — just perhaps — you will find more. And find new ways to imagine the world.

The choice is yours.