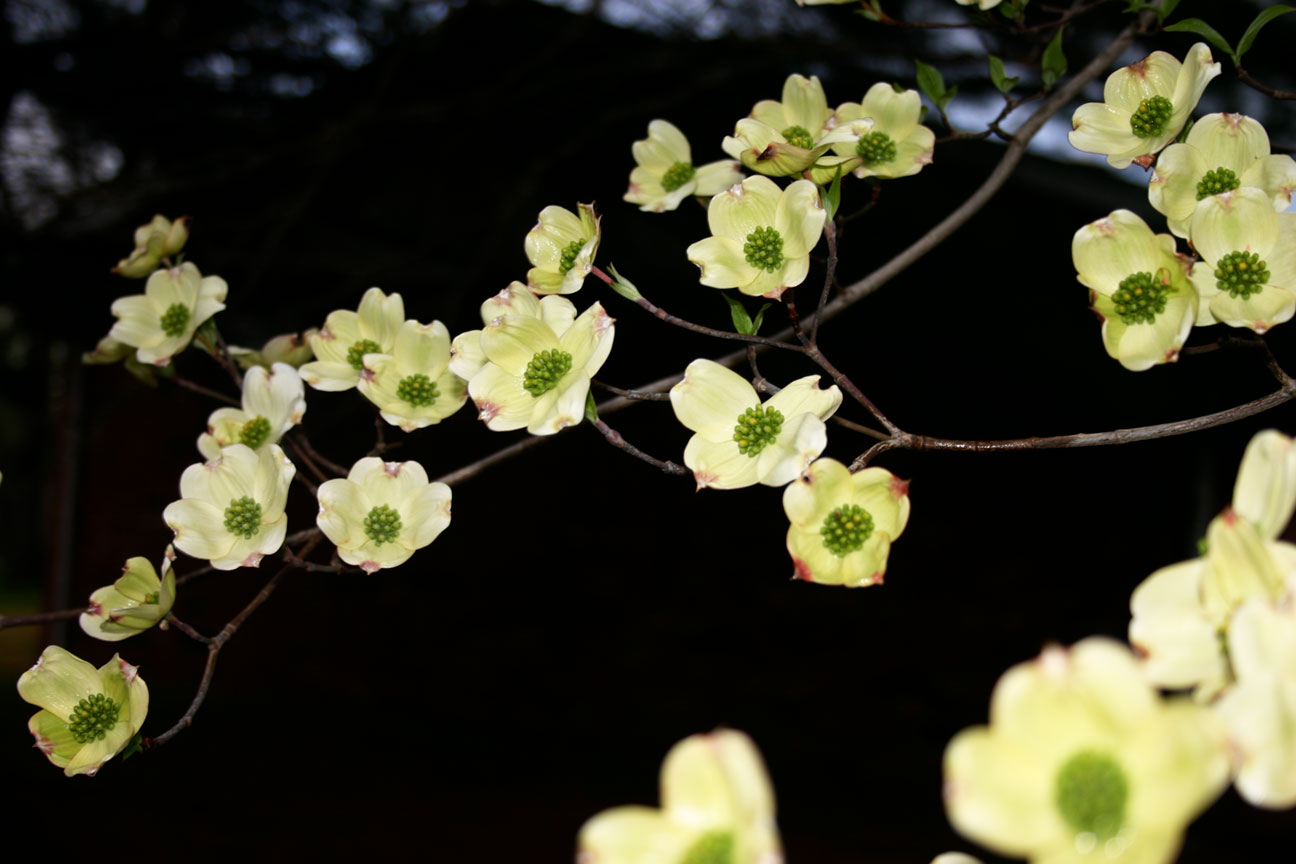 The flowering dogwood has come to symbolize the Ozarks — as well as the Upper South — which isn’t really a surprise.
There are few scenes prettier than an Ozark mountainside in April.

The dogwoods — white, pink, and red — mingle with the redbud and wild plum beneath the white oaks and hickory.
It is interesting to note the actual flowers of the dogwood are really quite inconspicuous.

Green and yellow, the true flowers form the center of what we think of as the dogwood flower. The colored petals are really specialized leaves called bracts. Many cultivars of Cornus florida exist, which explains the diversity of springtime color.

The flowering dogwood has also come to symbolize Christianity. And though clearly only a legend, this is a story that still bears telling….

The Legend of the Dogwood

Before the crucifixion of Jesus, the dogwood was a great, majestic tree, rivaling even the oaks and cedars of Lebanon. Because the wood was dense and fine, it was used as lumber throughout the region. As such, it was chosen for the cross upon which Jesus was nailed.

The dogwood, along with all Creation, sorrowed at this. In His compassion, God changed the tree so that it would never again be used for such a purpose. From then on, it would never grow large enough to be used for a cross. However, in reminder of the crucifixion, the flowers would form the shape of the cross — and on the outer edges, nail prints would appear, stained with both rust and blood.

Lastly, in memory of that day and of the sacrifice of Jesus Christ, at the center of each flower would appear a crown of thorns, in order that those who viewed the tree each Easter would never forget.

Dogwood varieties are pretty. And it is hard to argue against the logic of creating domesticated cultivars, exhibiting earlier, larger blooms and sporting all sorts of enticing colors.

And yet, to see wild dogwoods — uncultivated and unplanned, heralding the spring season on an Ozark mountainside? It is a reminder that all our horticultural planning pales in comparison with nature.