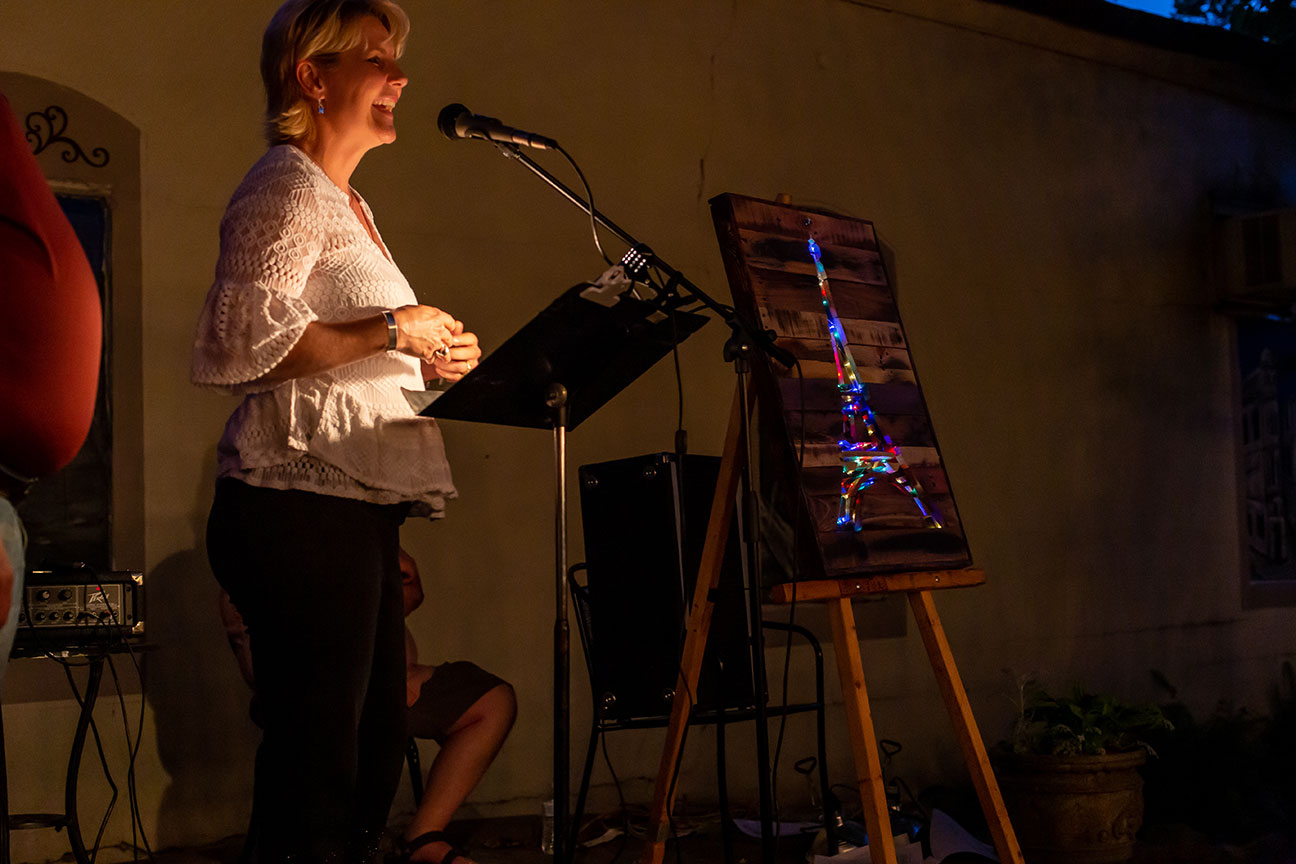 “I’m sorry, Emma; we just don’t have the money.” Jake Simmons turned away from his wife of forty years, tears threatening to burst forth from his reddened eyes. He stared at the small fire in the fireplace that dominated their farmhouse’s living room. “I know I’ve been promising you every year that I would take you there but…”

Crossing the floor between them, Emma stood beside her husband and slipped an arm around his waist. “It ain’t your fault, Jake. This old pile-of-rocks farm never paid us back for all the work we put into it.” Smiling, she gently kissed him on his weathered cheek. “We never got a whole lot of money but we raised the best daughter on the whole Earth right here! That’s worth more than any amount of money!”

Sighing, he continued to stare into the dancing flames. “Yeah, it is, but I still wish that somehow I could take you to see it. Maybe next year.”

She leaned her head on his shoulder. “Stephanie called just before you came in from the barn. She and Justin are coming over for supper tonight and bringing with them your favorite grandson.”

He nodded, her gentle embrace and welcome words rekindling his heart.

Hearing a knock, Jake rose from his recliner and shuffled over to the front door and opened it. “Stephanie, how many times have I told you? You don’t need to ever knock on our door!”

A blue blur raced into the room. “Hi, Grampa!” Taking off his coat, the blur flung it on the couch. “Guess what I saw at school today?”
Stepping into the room, Stephanie pointed at the recently discarded coat. “Young man, aren’t you forgetting something?” “You stay here and talk to Grampa and I’ll go help Gramma with getting supper ready.”

Scooping up the blue coat, he hung it on the coat tree. “Guess, Grampa!”

Sitting back down, Jake studied his grandson’s cherubic face. “Well now, did you see an elephant?”

“No, Grampa, elephants don’t go to school.” He pointed up at the mantle. “I saw that. The Awful Tower.”

Jake laughed, his first real laugh for days. “The Eiffel Tower, Chase, not the Awful Tower.” Standing, he stepped over to the fireplace and removed the foot-tall model of the Eiffel Tower from the mantle and handed it to his grandson. “Was it in a book?”

“Nope, it was a real one. My teacher, Mrs. Browning, brought it to show us because we’re learning ‘bout people in other countries. It’s not made of metal like this one; it was made out of wood, you know, like the stuff you make out in the well house.”

Taking the model back from Chase, Jake set it carefully back on the mantle, a twinkle in his eye. “Yeah, just like it.” Glancing at a hardware-store calendar on the wall, Jake nodded thoughtfully. “It’s ‘bout two months ‘till Christmas. Chase, would you like to help me make a Christmas present for Gramma?”

“Sure, Grampa! What are we going to make?”

“Chase, can you keep a secret?” Bending down, he whispered a few words to his grandson.

Emma set a tray burdened with mugs of hot chocolate on the coffee table. “Tree decorating night is one of my favorite times of the year.” She sighed. “Too bad your brother and sister couldn’t make it.”

Sitting on the couch, Stephanie nodded. “Yeah, I’m looking forward to seeing them again; it’s been awhile. Our men should be getting back anytime now with the Christmas tree.”

The door opening, Chase burst through the door. “Momma, Gramma! Look what Grampa and I made!”

Stepping through the door, Jake and Justin carried a three-feet square box into the room and set it beside the fireplace.

“What in the word is that, Jake?” Emma asked, her brow furrowed.

He grinned. “A little something that Chase and I made for you.” Reaching down, he pulled up on the wooden frame as a seven-feet tall tower unfolded upward. Christmas lights wrapped around it from base to summit. Plugging one end of the cord into the wall, the tower glowed with red, green, yellow, and blue lights. “I couldn’t take you to it, so I brought it to you! Merry Christmas!”

Tears cascading down her cheeks, Emma stepped over to the wooden model and gently touched it. Her voice dropped to a whisper. “The Eiffel Tower, Chase; it’s the Eiffel Tower!”