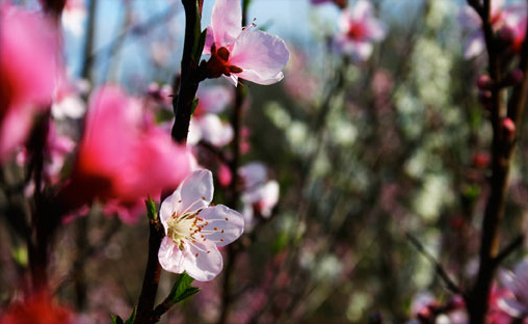 Except for wild plums and black cherries (which don’t exactly grow in orchards anyway), fruit trees were originally imported. 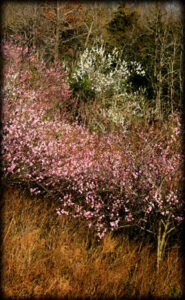 Peaches, originally bred in Asia, became a symbol of the Old South…and of Central Missouri as well. 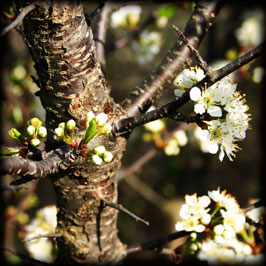 More than one summertime tourist to the Ozarks could not pass up the appeal of an old-time peach stand on Highway 65.

Nothin’ much more American than apple pie, though apples most likely originated in the Amenian region of Central Asia.

The ubiquitous fruit was highly developed in Germany and England, brought America — and consequently the Ozarks — early on.

Apple pie may be all-American, but apple butter?

Some hillfolk believe that there is no use in trying to make cider or wine when the moon is waning—it will turn sour every time. Others tell me that the best cider is made in clear weather, with the wind a-blowin’ from the west, and the moon has nothing to do with it. The 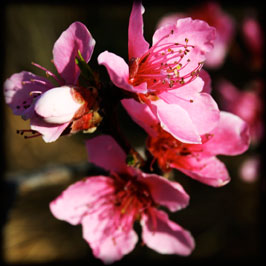