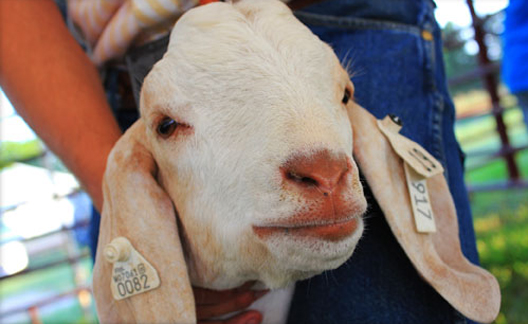 Plate 1. “Silas,” a six-month Nubian / Boer cross, is shown by 16-year old Braden LeMasters of Reeds Spring. “Silas has good loin width, his front chest muscle fits in the palm well, he has a flat straight face and his ears ‘finish’ his face in the way they wrap,” notes LeMasters.

“Silas” is walked daily and bathed every other day. LeMasters has been showing goats for three years.

Goats get something of a bad rap. Accused by the unknowing of eating everything from clothing to tin cans — and associated with lost souls and devil worship by European tradition, goats suffer from more than a few negative connotations. 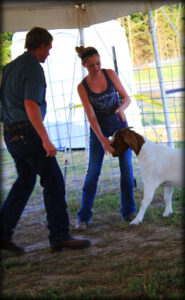 Plate 2. Ben Simms, a 20-year old animal science major at College of the Ozarks, takes a good look at the competition. As a judge, Sedalia-native Simms is looking for “strong animals, particularly good strong feet and legs. For the wethers, you look for long loins, overall strength. For the bucks, you look for traits that will be passed on — those things that will make the animal a good sire.”
Simms is a 4H veteran with 11 years of showing experience, mostly with dairy goats. 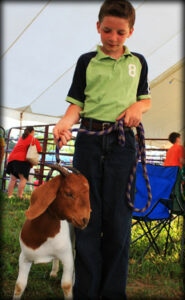 I raised goats as a youngster and they’ve always been one of my favorite critters. Intelligent, curious, occasionally ornery, goats make for playful companions and more than one child’s best friend. I have loving memories of a billy named Abe who would follow me around the yard much like a lap dog.

Raised for both milk and meat, goats have been valuable livestock since time immemorial. In the Ozarks, goats are crucial for their hardiness and ability to thrive on little more than briar patches and rocks.

And the goats on the left

When the Son of man shall come in his glory,

And all the holy angels with him,,

Then shall he sit upon the throne of his glory:

And before him shall be gathered all nations:

And he shall separate them one from another,

As a shepherd divideth his sheep from the goats:

And he shall set the sheep on his right hand, but

The goats on the left. 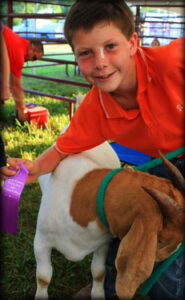 Plate 4. Ten-year old Grant Goolsby, also of Billings, with six-month old buck “Gunsmoke.” “He will be our herd sire,” shares Goolsby, “He is very proud and he won because he is big, well-muscled and has overall power. That and his ‘dashing good looks.’” 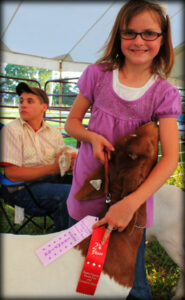 Plate 5. Nine-year old Parri McCroskey of Nixa is show here with her Boer doe “Passion.” “‘Passion’ won notice with her straight stance and back,” says McCroskey. “She is calm when she gets her bath and is really friendly.
“She is my best friend.”
Braden LeMasters with “Silas” is shown in the background. 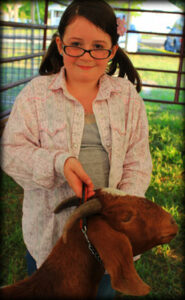 Plate 6. Eight-year old Dallas Goolsby of Billings is shown here with “Austin,” her mixed-breed Boer. “He stands up tall and has a straight back and good muscle,” notes Goolsby. 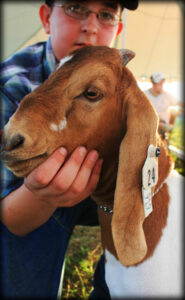 Plate 7. Fourteen-year old Noble LeMasters of Reeds Spring shows off “Monster,” a young Nubian / Boer cross. “He has a wide, nice chest, is very strong and has a good stance,” says LeMasters, “‘Monster’ is hard-headed but gets walked every day. We work with the goats for two to three hours every day. And we bathe them every other day.”