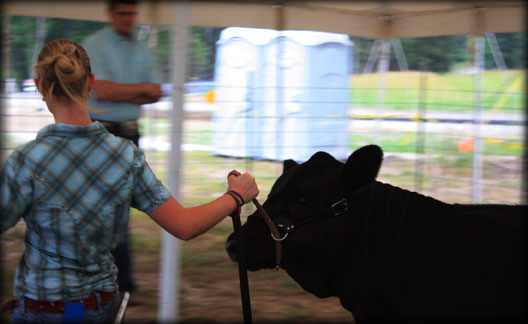 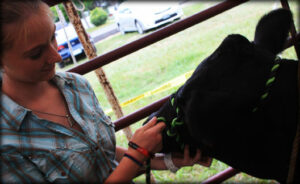 Plate 2. Linsey Anderson notes, “‘Roxie’ was born in November of last year. She leads good, has lots of power and her shoulders are blended. She is a runner.” Chandler praised “Roxie” as a “really good, attractive single entry.” Anderson has shown beef cattle for the last three years (and has shown dairy cattle for five years). “I love it!” explains Anderson, who buys all of her own stock. “I make my dad take me to any show I can!” 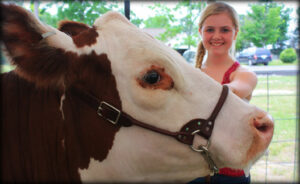 Plate 3. Fourteen-year old Paige Coffelt of Omaha, Arkanas, shows “Magic,” a polled registered Hereford and embryo calf. “‘Magic’ is spoiled,” says Coffelt, “She doesn’t like to be caught, loves the shade and has a loud personality.” Coffelt has been showing for the last five years. Chandler noted “Magic’s” feminine head as well as her gait. 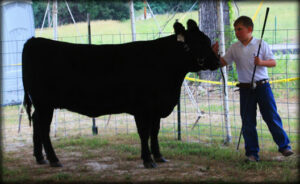 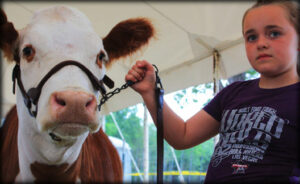 Cattle: State of the Ozarks