“The Ozark terrain contains unique land forms, shaped during the land’s distant past. The Ozarks, which contain some of the oldest exposed rock in North America, have undergone a series of uplifts, erosional cycles, climatic changes, and geologic events such as volcanoes and earthquakes. 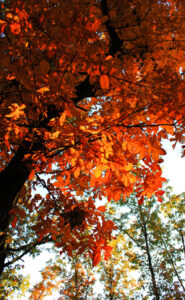 The land also contains a variety of different rocks from hard, weather-resistant granite to limestone and dolomite that can be dissolved by water.

Because of this geologic variety, the Ozarks have special landscape features such as sinkholes, shut-ins, weather-shaped large rocks and entrenched meandering steams.”

in Ozark parlance, a narrow, steep-walled valley with a spring or waterfall at the head, which usually falls swiftly to a larger valley at the cove mouth. On Ozark lakes, locals also use the word “cove” as it is widely known, to mean a small, enclosed arm of the lake. Glossary, page 169

Ozark spelling /pronounciation of “hollow.” The word holler, of course, means “to yell”; the two meanings can be distinguished by context. See hollow. Glossary, page 171.

a narrow valley or deep depression in the terrain. There are thousands of hollows in the Ozarks, among the hills and knobs. See knob. Glossary, page 171

(sometimes spelled nob) a narrow, high hill with a capstone top, surmounted by a dirt dome. Knobs may be tree-covered or bald (without trees but grass-covered. Glossary, page 171