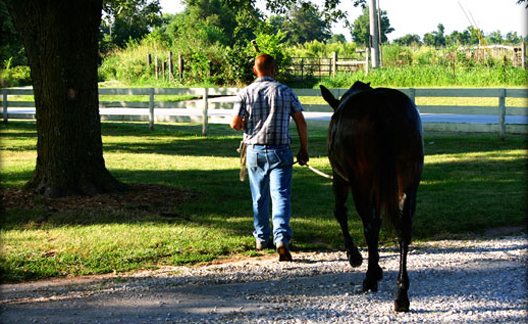 Shortly after the War Between the States, a certain Captain Taylor settled on a massive tract of land (totaling around 1,000 acres) not far north of Ozark, Missouri. 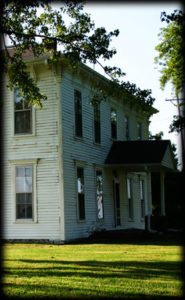 PLATE 2. The Captain Taylor Farmhouse. An 150-year-old farm collects a lot of history.
“The house, this barn, and the round barn [are original],” explains Les. “That [round] barn was used for their grain. What’s funny is it’s completely circled. That’s where they used to bring in their seed, probably dry their seed, dry their grain. It had a rock floor at one time. Now it’s concrete. The barn’s made out of walnut.
“You could have a whole bunch of kids and tell them to put their nose in the corner!”

Unlike many poor dirt farmers of the era, Taylor was successful.

On the rolling Springfield Plain, southeast of Springfield, Missouri, the war veteran would ultimately oversee a massive operation with dairy barn (and separate milking barn), round barn for drying grain, and an impressive two-story Victorian home with brick summer kitchen in the sprawling back yard.

The barns were made of native black walnut.

The brick summer kitchen was, long ago, converted to a chicken house, then retired. 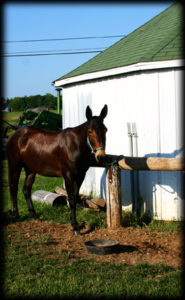 PLATE 3. Luke in front of the round barn.
Bouncing over the farm in Clancy’s 1946 Jeep (built, not by Chrysler, but by Willys-Overland Motors of Toledo, Ohio), it is a massive cottonwood (Populus deltoides) that catches the most attention.
John Farthing remembers his father and grandfather talking about the tree, which is of massive size.
The tree’s likely to pre-date the original homestead, of which remain an old foundation, hand-dug well and remnants of a cellar.

As the decades marched on, portions of the property were sold, allowing the spread of nearby development. Today, the Captain Taylor Farm sits in the shadow of the James River Assembly mega-church.

Traffic streams by on nearby Highway 65. Housing nearly encircles the farm.

Forgotten property, old farm, precious history, bladed over for a strip mall and yet another row of monotonously designed mega-houses.

Not this time, at least if owner John Farthing has anything to say about it.

Working closely with Les Clancy, chairman of the Ozark Mule & Donkey Days, Farthing has a much different future envisioned for the Captain Taylor Farm.

“He wants to keep it a farm,” says Clancy, an Army veteran himself, proud of his service and of the National Guard in which he still serves.

“Not today, not tomorrow, but a hundred years from now. Forever.

“He wants to be able to look down and say, ‘You know what? There’s my great-granddad’s farm.’”

It’s an ambitious goal, fueled in large part by what some would call a full circle.

Back in the late 19th century, Captain Taylor made a name for the farm by raising good mules, selling them to the US Army.

In fact, the Taylor Farm appears to have been a major force in establishing the tradition of “Missouri” mules across the nation.

Mules — with long, jack rabbit ears, legendary stubbornness, and a penchant for jumping fences — are the offspring of mare horses and jack donkeys. 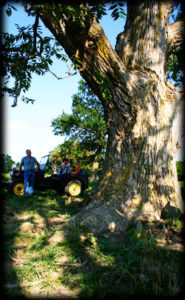 PLATE 4. The cottonwood.
“That’s the tip of a plow.” notes Clancy. “And what happened is he’s probably left that there, forgot about it, and the tree has grown into this plow. It could very well be an old John Deere. How long do you think that plow tip has been here?

They were the backbone of Ozark agriculture for over a century.

It was mules that built the Taylor Farm, led by that apparently ambitious army veteran.

Today, it may just be mules — combined with the passion of another army veteran, Les Clancy — that will save the Taylor Farm, preserving its legacy indefinitely.

Les Clancy’s respect for the Missouri mule is obvious.

Speaking of his jumping mule Luke, “He’s out of a really good quarter horse mare and a mammoth jack. He’s just unbelievable. I rope on him, work my cattle on him (the Clancys run around 80 head of mostly Angus), do cowboy mounted shooting, even hog hunt.

When it comes to jumping? Luke will clear 58 to 59 inches with scarcely any take-off at all.

“He will just listen like there’s no tomorrow,” says Clancy proudly.

Clancy is also first to explain that some of those bad reputations are deeply unwarranted.

“A lot of people call them stubborn.They’re not. They’re just smarter. Mules are not going somewhere that they think will hurt them. And people can’t work them to death like they do horses. They’ll just quit. 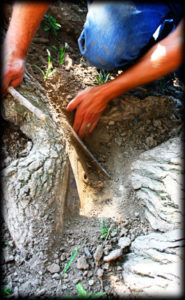 “When a lot of people think of a mule, they think of the old, pot-gutted, swaybacked mule out in the field. We buy a lot of nice colts and get them going. I look for conformation that’s nice and defined. These mules, if you didn’t see their heads, you wouldn’t know they were mules.

And yet, there’s something downright Ozarkian about this critter — a thousand-pound donkey-horse with the uncanny ability to see behind itself, to let loose with a kick of absolute precision, or to bound over a board fence like a six-foot jack rabbit. 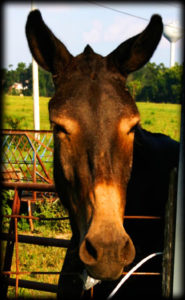 Somehow, it subtly defies reason and maybe that is what makes them so doggoned interesting.

Les, chairman of the Ozark Mule & Donkey Days, hopes the upcoming event (September 3 through 5 at the Finley River Park and Rodeo Arena) will spur attention not only to mules, but to their heritage here in the hills. 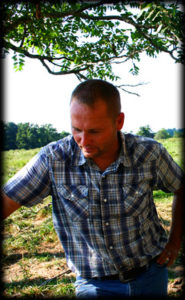 “I want this event to be an all-Ozarks event with folks coming from Kansas, Oklahoma, Texas, from everywhere,” says the St. James native. “ I think we can do that. I think we can make sure this farm and the Missouri mule will always be around.”

And it all started with an army veteran and a post-war mule farm, way back about 1864.