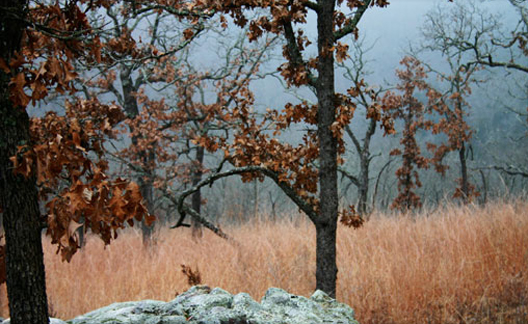 On a hill far away stood an old rugged cross, The emblem of suff’ring and shame;

And I love that old cross where the dearest and best For a world of lost sinners was slain.

Oh, that old rugged cross, so despised by the world, Has a wondrous attraction for me;

For the dear Lamb of God left his glory above, To bear it on dark Calvary.

In the old rugged cross, stained with blood so divine, A wondrous beauty I see;

For t’was on that old cross Jesus suffered and died, To pardon and sanctify me.

To the old rugged cross I will ever be true, Its shame and reproach gladly bear;

Then he’ll call me some day to my home far away, Where his glory forever I’ll share.

So I’ll cherish the old rugged cross, Till my trophies at last I lay down;

I will cling to the old rugged cross, And exchange it someday for a crown.

Few sounds evoke memories of tradition, church, fellowship and the holiday season more than a strong voice and unadorned but beautiful piano playing.

As the music sounded out in the century-old church of rural Parch Corn Holler, a little bit of Ozark history was preserved.