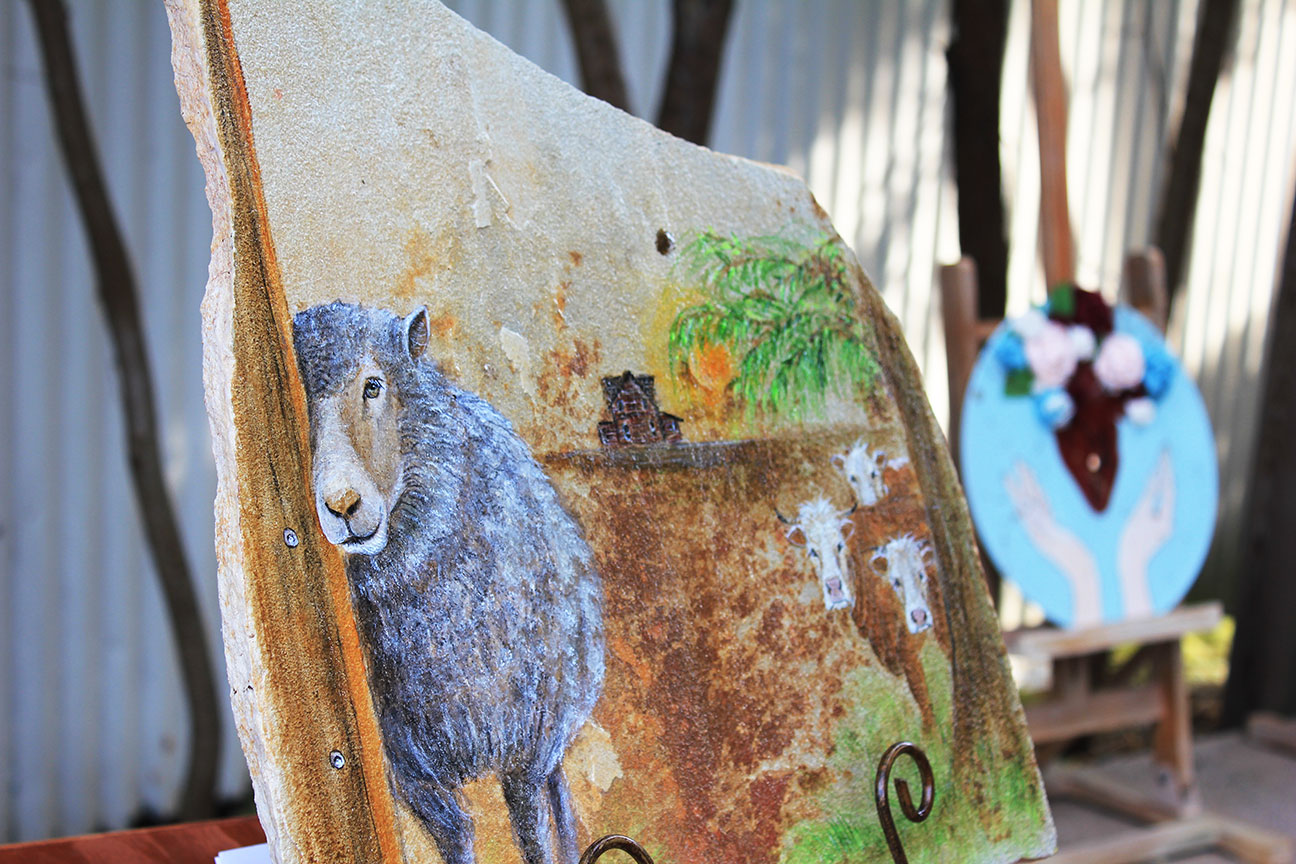 Life on the Farm – The Fugitive

A little education can be a dangerous thing. I try to learn as much as I can about grazing management and ways to control weeds and brush with out using poisons. Having read that sheep will eat weeds, thistles, and other things that cattle won’t, I talked to a local sheep raiser and bought two 80 pound spring lambs. They came with a free lesson on how to put them in the shearing position in case I ever needed to keep them under control for shots or worming. I figured that wouldn’t be needed. My plan was to graze them until frost and then share lamb chops with family members. They wouldn’t be around long enough to need working.

I hauled them home and dumped them out in a small pasture close to the house that had plenty of things for them to eat. They ran around for a while and then settled right down to munching. The fences were 5 strand barbed wire so I figured they weren’t going anywhere.

The next morning, I stepped out on the porch to see if they were up early and grazing. To my surprise, there were no sheep to be seen! Looking around, I caught a glimpse of one high tailing it over the ridge south of the house about a quarter mile away. It was early morning and I was wearing a tee shirt and sweat pants. My rubber boots were the fastest thing to pull on and I was off in hot pursuit.

Before I could get close enough to grab him, he let out a mournful bleat and raced off down the road in a cloud of dust. I felt like Wyle E. Coyote staring after the Road Runner.

The road ran by a subdivision, a former pasture that was infested with houses before planning and zoning was adopted. There were several houses lining each side of a street. One of those places where city folk buy a house in the country and live right next to several neighbors just like in the city. Each house seemed to have a dog. Every one of them was barking at the poor sheep as it ran laps around a house. It finally made a stand on the back patio. I found it backed up to a sliding glass door with little bob tail pressed firmly against the glass. I figured this wasn’t the best place to make a grab since the result could easily be broken glass, bleeding me, and early lamb chops. I let him exit the patio and the two of us ran a few more laps around the house. He was not about to be herded in any direction.

This ring around the rosy ended when he found an opening by the front steps that led under the porch. There was lattice everywhere else so I knew I had him! The dogs were still barking and I thought it strange that with all the noise and commotion for the past 10 minutes, not one human had appeared, yelled, or offered to help. Looking around and still seeing no one, I hiked up my sweat pants and crawled thru the opening. The sheep, knowing he was cornered, try to rush out past me. My high school football coach would have been proud of the tackle I made. He was squashed down to his belly, legs folded under with me lying on top. I was winded but felt like I had things under control. THAT’S when I learned the value of the shearing position. It keeps all four feet in the air where the sheep can not get leverage. To my amazement, we started to move. Slowly at first while he got one leg working, then another.

I had arms wrapped around his neck, fingers clinging to wool while my feet flapped along behind. Mutton busting like a six year old! He went down before we hit the street and I rolled over on my back with him on my chest. We both lay there for a minute trying to breathe while he bleated and pawed at the air with his hooves. The dogs kept yapping like parents at a first grade soccer game.

Still no one came to see what was going on.

Assessing the situation, I realized there was good news and there was bad news. The good news was that I had caught the sheep. The bad news was that we were over half a mile from home with no phone, no rope, and no transportation. After this merry chase, I wasn’t about to turn the darn thing loose. Thinking back to childhood days and “wheel barrow races,” I grabbed his hind feet and started to “walk” him across the street while he moved his front feet. Sheep don’t know how to move just their front feet. Each time a front foot took a step, a back one did too. Their little hooves are sharp! I thought I was going to be kicked to death! Kung Fooed by a dirty ball of yarn! There were little cloven bruises on my belly for a week.

When we reached the other side, I called a halt and promptly placed the fugitive in the shearing position. We were both worn out and still gasping for air. I was on my knees with the sheep leaning back against me while his feet bicycled uselessly.

Time for another assessment. We were 40 feet closer to home. Still no phone and no rope. Still no human in sight. It crossed my mind to knock on doors asking to use a phone. I could call my wife to come pick us up. Then I thought of what I should say when someone came to the door. “Hi. Could I use your phone? Would you please hold my sheep? Watch out! He has a Black Belt in Karate!”

As these and other thoughts like sheep shanks and wool pelts ran thru my mind, a familiar car crept slowly to a stop next to us. My thoughtful wife had noticed us missing and had come looking. Her window rolled slowly down, and with a very puzzled look, she asked if I needed any help.

“All I can get!” Was my immediate response. That is when, in a very quiet voice, she said, “I don’t suppose I should point out that you are kneeling behind a sheep while wearing sweat pants and knee high rubber boots?”

NO WONDER no one came out to help!

She opened her car door and I backed into the back seat with the sheep on my lap and held all four hooves as she drove us home. The other sheep showed up two days later and a mile away. Since barbed wire was about as effective as clothes line to a sheep, they were incarcerated in a three wire electric fence long enough to get an appointment at the locker plant. I’ve never enjoyed lamb chops quite so much.

Dave Loftin is a native Ozarker. He spent the first few years of life on a river bottom farm at the juncture of the James and White rivers. That farm was covered by Table Rock Lake and the family was forced to move to a hill top farm closer to town. They got electricity for the first time and Dave had to be taught how to flush a toilet.

Dave’s parents always said “You can be anything you want to be”. At the age of 15 he got a job acting in The Shepard of the Hills outdoor drama. The theatre bug bit and Dave wound up working through college building scenery and occasionally acting in shows. Two degrees later, Dave was working professionally in technical theatre and production. In 48 years of show business, he has worked for Ringling Brothers Circus, Grand Opera, Broadway tours, and Rock and Roll tours. He has taught at the University of Illinois and at Missouri State. All of the time returning to the family farm whenever he could. He returned to the Ozarks in 1988 and became more involved with the family cattle operation. Things always happen on the farm. Some messy, some funny. His father’s ability to find the humor in anything inspired Dave to start writing about some of these crazy things. That is how The Life on the Farm stories came to be.