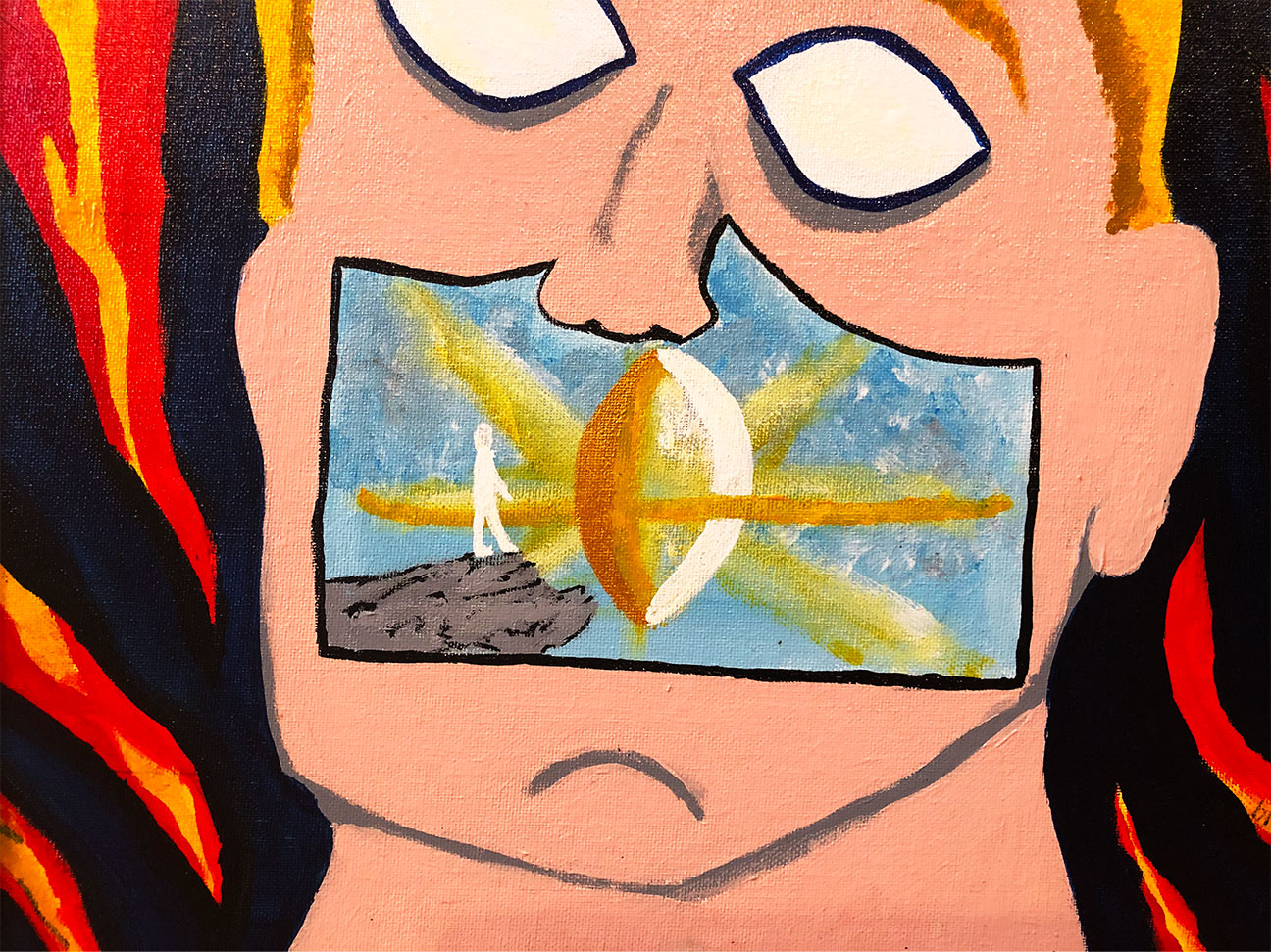 ‘That day was the weirdest day of my life. Seeing myself directly above me is something I will never forget. It was a worldwide incident. But the way I saw it the first few days, the whole world smoked something funky. But then when I saw myself standing on that cliff, perpendicular to the exact cliff I was on, I knew this was real.

To give some backstory on June 26, 2011 a large white ring wrapped around the world only hovering about 1000 miles from the Earth’s surface. Everyone knows this ring as ‘The Carmichael Dimension’ referencing a book that came out a day before by Alexander Carmichael.

The book talked about alternate dimensions and that there might be one relating to Earth. But no-one believed the book, until that Sunday. We call that day, Halo Day because when the dimension first appeared it was just a white ring.’ ‘But after learning that we can cross between the two worlds, our doubles and us can communicate with each other. But there may be more to it than that.

I think that since they are an exact copy of us, they feel what we feel at the exact moment we feel it. Pain, anger, sadness, they aren’t just something that look like us, they are us. And I’m going to prove it. The other day a member of my family died. Being that the dimension above us is, what I think, is an exact copy of our world, that the copy of the family member was dead as well.

Well picture this. At the funeral I looked up and saw the same thing going on, the only difference was that the people where pure white light. At the end of the funeral I looked up again to see my counterpart do the same. So that is my evidence. But before I finish I have one more point I need to make.’ ‘I forgot to point this out earlier but you know how I said people of pure white light.

Well here is the thing, I’m the only one who can see the people without crossing over. So let me clear that statement up. I was outside on the day this happened. Everyone was inside due to reports of a huge solar flare nearing Earth’s magnetic field. Now being the space nerd I am I decided to stay outside to watch it. But then a blinding flash of light struck the Earth, but instead of me becoming blind I was able to see everything. I could see different perspectives sort of like a video game. But when I looked up and saw myself well, you already know this part of the story. But after that I asked people to look up and see if they could see anybody, no-one could.

So I posted a poll on several different social media sites. It was the same answer. Nothing. God I hate this, people think I’m crazy and I can’t trust anyone.’