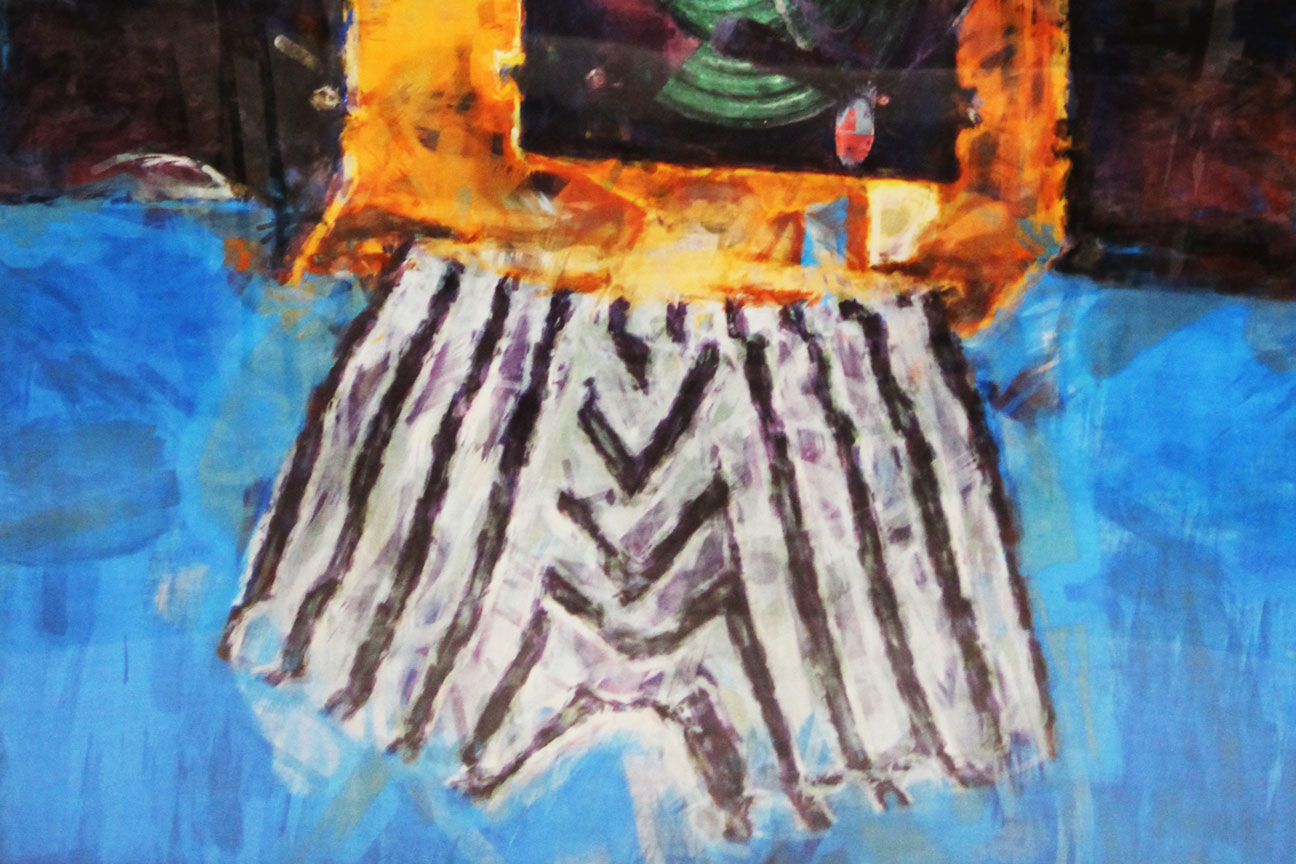 When your children grow up and move out, it is always hard to adjust to the empty nest syndrome. At least I was lucky. Both mine only moved into Springfield, not more than 12 miles from our house. After a few years, both are married and we have a wonderful granddaughter, Brenna. When my daughter called asking for help, I was only too glad to say yes. Any excuse to go see the darling little baby.

My daughter’s problem was a storm had blown through Springfield a few days earlier and knocked down some big limbs in her back yard. She wanted me to bring the chain saw and cut them up. Always willing to be Daddy-to-the-Rescue — and see Brenna — I dressed in long sleeves, jeans, and steel-toed boots before loading the gas, oil, wrenches, and saw into the pick up. My wife presented me with a large glass of iced tea as she climbed in the truck. She wanted to see the baby too.

Twelve miles and 13 stoplights later we arrived to find the baby sound asleep. Now I actually had to work! I filled the gas and oil and started the chain saw as I walked toward the first brushy limb. Before the first cut could be made, I felt something wet. Looking down, I discovered the gas cap had come off and I was soaked from belt buckle to knees. I thought, No problem (or some other words with not quite the same meaning) and waddled back to the truck to re-fill and tighten the gas cap this time. I was back in business and about five cuts into the first limb when the tingling started. First the cool twinges (like Ben Gay before it starts to really heat up). Then the full blast.

My entrance into the house was loud and unceremonious.

I was down the hall and into the bathroom before anyone could say “Don’t wake the baby!” The work boots were laced up over my ankles so I settled for a cold washcloth and tried to remove all traces of gas while my pants hung at my knees. Many repeated rinsings with the cloth later, the burning had subsided and I was ready to regain some dignity and pull my pants up. That’s when it occurred to me that I would only be re-applying gas to my skin from the wet clothing. Evaporation was not nearly fast enough.

What to do? Looking around, I spied a roll of toilet tissue. Maybe the fumes from the gas made me slightly impaired but at the time it seemed like a good idea, so I padded, wrapped, and packed everything that might come in contact with the wet clothes. I looked like a bulging bad joke from Saturday Night Live after buckling my belt. My wife and daughter giggled as I lumbered out of the bathroom.

Brenna slept through the whole thing.

The burning was down to a dull simmer so I figured I could finish off the second limb before heading home to clean up for real. After all, there was half a roll of paper between me and the liquid fire. This limb was bigger than the first and came from a hackberry. It was very dense and brushy requiring much stooping, bending, and, of course, sweating.

“Writer’s and Artist’s Night. Moving tales of childhood, runaway elephants, and great visuals to look at. The most fun you could have with your clothes on!” — Dave Loftin

“After the first reading of Dave Loftin’s story, I was glad to be paired with him to create an art piece inspired by it. I also knew I wanted to create a work that wasn’t completely illustrative but would stand on its own as art. Dave’s story is highly visual with plenty of detail giving the reader a clear mental image of the story. There are many parts of the story one could focus on but after several reads it was clear to me that the stoplights were the antagonist and that would be my focus in the artwork. I began by collecting numerous reference images from online sources that were sized and edited in Photoshop.

“Continuing to work in Photoshop, I created a composite image from the 10-12 source images that I had selected. This composite would serve as the primary reference for the digital painting. Again working in Photoshop, I used a variety of brush types to layer by layer build up the final image. The first few layers used large bushes to fill in the background and rough in the main imagery. Each successive layer used smaller and small brushes to create the detail. Working in layers in Photoshop also allowed the freedom to play with how the layers interacted visually with one another. Once satisfied with the work done in Photoshop, the layers were merged into one final image that was sent off to be digitally printed.

The Ben Gay had turned into jalapeño juice by the time I finished the limb. Leaving my daughter to stack up the mess, I threw the saw in the back and started the truck. Who needs to look at a sleeping baby anyway? My wife jumped in as the tires started to spin heading us toward home and a running shower.

The trip of 13 stoplights can sometimes be made with out seeing any red ones. Usually two are all that require stopping. Not today! The first one was a teeth-grinding eternity. At the second, I was getting stares from other motorists because of all the squirming around. At the third, the jalapeños had given way to habaneros and I reached for the large iced tea glass. Thirst was an issue but I found it more useful to pour it on my lap.

Who cares about upholstery at a time like this?

We actually managed to make it through two lights before another red demon demanded us to stop. By now, a colony of fire ants had taken up residence and were waging war with the habaneros to see who was the nastiest. At the next light, my wife silently passed her bottle of water. It too poured out in a futile attempt to stop what was sure to be spontaneous combustion at any moment.

I don’t remember the last few lights. I’m just glad I did not get stopped for speeding in the last part of Nixa. It would have taken too long to explain and the officer could have died laughing.

Charging down our driveway, I asked Paula if she would help get my boots off because I was going to be busy with the garden hose. Screeching to a stop, I was out of the truck, lifting the handle of the hydrant and undoing my belt as I headed for the business end of the hose. It was stretched out to where I had washed the stock trailer the evening before. That was the longest hundred feet I have ever tried to shuffle. I sat on the running board of the trailer and applied the hose.

Maybe it was the very audible sigh or maybe it was the expression on my face. In any case, my darling wife who had, up until now, been the picture of stoic concern, collapsed in hysterics on the ground! She literally rolled on her back and pawed the air! I saw nothing funny in a hose down the waistband of my Fruit of the Looms while they bulged with cold water and tissue emulsion flowed out.

After several minutes of this, we were finally able to get my boots and jeans off. I didn’t much care what the neighbors thought as I squished toward the house and a shower.

Fifteen minutes later, I stepped out of the shower. All the affected areas were quite clean and very pink. Paula was at the computer looking up treatments for gasoline burns. The one that got my attention was to rinse the affected area with water for 30 minutes. In some cases, surgical removal of the dead skin could be needed! I went back to the shower.

Two months later, I am happy to report there were no lasting injuries. I now see enough humor in the episode to be able to write about it and I still enjoy playing with my granddaughter.