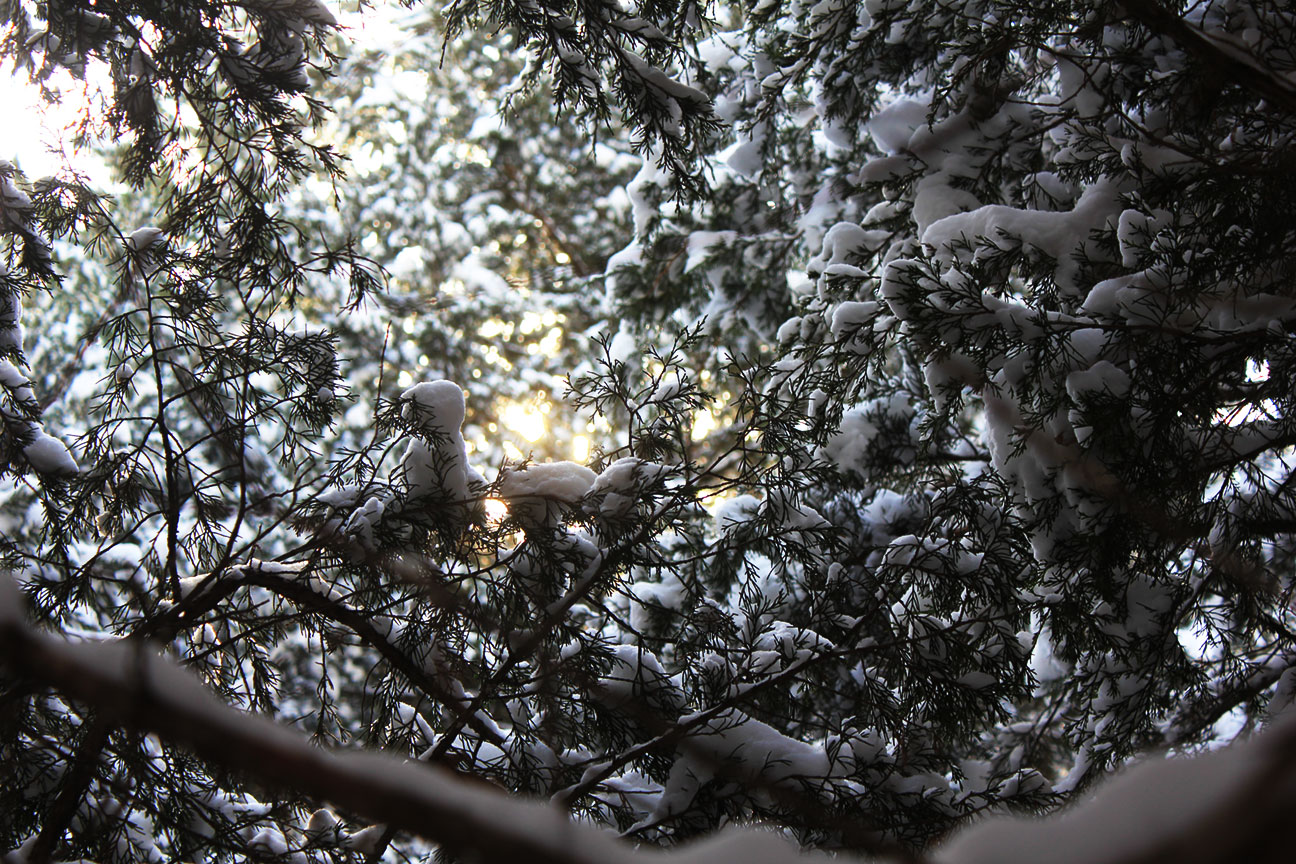 Stanley was a tinsmith, and a good one. He cut and molded and soldered tin into useful items- candle snuffers, jewelry boxes, ladles. Stanley lived alone in a small cottage a mile from the village. His home was alongside a rivulet running through a forested glen. Every few days, Stanley collected the tin items he had crafted and took them to the village. The mercantile store displayed Stanley’s wares and they sold well.

Stanley wasn’t lonely, he told himself; he was independent, self-sufficient and solitary. Those were good traits. He was satisfied. Stanley had loved once. Elizabeth was young and beautiful and carefree. But the diphtheria took her. Stanley was deeply saddened by the loss of Elizabeth. But he steeled his mind and pinched his heart. Time healed the loss until his memory of Elizabeth was just a tiny compressed thought, deep in his mind.

Stanley knew it was Christmas Eve. He wasn’t particularly religious and generally didn’t observe Christmas. He gave no gifts and expected no gifts. Christmas was a good time to sell his wares, though. So Stanley packed several tin objects into a wooden crate. He carefully arranged the pieces and packed excelsior around them. There were two ropes attached to the crate. Stanley placed the wooden box on the table, threaded his arms through the ropes and hefted the crate onto his back. It was an efficient way to transport the items to the village.

It was cold out. The sky was leaden and the air had that sharp, crisp feel. Stanley dressed warmly. He knew once he was moving along the trail, the exertion would help keep him warm.

The tinsmith arrived in the village just before mid-day. He went directly to the mercantile shop. The proprietor was happy to see him.

“Several people have asked for your tinware, Stanley. They should sell well as Christmas presents.”

Stanley unloaded his metal pieces and arrayed them on one of the store’s counters. He collected his receipts from his last delivery. His business was doing well. As he left the shop, the proprietor said warmly, “Merry Christmas, Stanley.” Stanley turned at the door. “Thank you. Merry Christmas to you.”

Stanley made a stop at the cafe. He ordered a bowl of soup and bread. It was warm and relaxing in the cafe. Stanley enjoyed his small meal. He could have stayed at the cafe. If he had brought a book, perhaps he would have read for a while. But he needed to start for home. Daylight was short and the trail was rough.

Stanley paid for his meal and as he opened the cafe door to leave, the door tripped a little tin bell. It was a bell he had made. It gave a small tingling sound. Stanley liked the sound.

It had started to snow. The tiny crystalline flakes dropped lightly from the tin grey sky. As Stanley left the village, the snow fell harder. Now the flakes were larger and angling down, pushed by the force of the approaching storm. Stanley set down the now empty crate and raised the collar of his coat. The snow was accumulating on the trail as he entered the forest. It was quiet at first, the trees shunting the wind. But the storm grew and channeled its frozen fingers through the woods.

Snow began to build up on Stanley’s shoulders and head. It formed little mounds on the toes of his shoes. The crate became heavy, collecting the weight of the snow. Stanley stumbled through a whirling snow globe landscape, the storm’s fury unleashed. He thought he was atop the ridgeline above the glen. His home should be just below. But he could not see anything clearly through the blizzard.

Stanley felt the trail edge downward. He stepped cautiously, but his foot encountered a stone, slick and icy. The stone rolled and his feet shot forward. Stanley crashed backwards, falling on the wooden crate. The box splintered. The tinsmith began rolling down the snow-covered trail, faster and faster. His face pushed into the snow as he rolled, filling his mouth with the icy crystals.

A tree loomed in his path. Stanley pushed his arms out in an attempt to avoid the obstacle, but he failed. His head swung up and met the tree trunk full on. Stanley’s view immediately went from white to black. The tinsmith lay inert as the whiteness piled up on his body.

A spark in his brain winked on; awareness a tiny white spot on the back of his eyelids. Stanley tried to open his eyes. They were frozen shut. He squinted once, twice, three times and with a painful snap, his eyes opened.

Stanley’s head throbbed. He was very cold. He was shivering and his teeth began to chatter. He knew that was his body’s attempt to create warmth. He knew he would probably die here. His body could not produce enough heat to stave off hypothermia. He would doze off and then he would lapse into a deep, permanent sleep.

Stanley did lose consciousness. He dreamed that he felt warm. He felt something ticking his face. Stanley opened his eyes. A tiny mouse stared at him. And the mouse said, “I have a gift for you. The gift of my body’s heat.” The mouse climbed up and snuggled under Stanley’s chin.

Stanley dreamed again. And in his dream, he felt a warm breath on his face. He opened his eyes. A long-eared rabbit stared at him. And the rabbit said, “I have a gift for you. The gift of my body’s heat.” The rabbit curled up against Stanley’s chest.

Then in the dream, the tinsmith felt a paw touch his arm. He opened his eyes. A rangy coyote with ice matted in its fur stared at him. And the coyote said, “I have a gift for you. The gift of my body’s heat.” The coyote sidled up and over Stanley’s legs.

Stanley woke up once again. A deer stared at him and stamped his front hoof. And the deer said, “I have a gift for you. The gift of my body’s heat.” The deer knelt down, snug up against Stanley’s back.

In his dream, Stanley felt their warmth touch him and move into him. Then the dream was gone and there was no awareness.

Stanley heard something. But what he heard was silence. He forced his eyes open. He moved his arm and clumps of snow slid off his frozen coat. The tinsmith pushed himself up into a sitting position, his back against the tree trunk. His head swam and his vision blurred.

It was morning and the snow had stopped. The sun shone brightly, gleaming off the blanket of the snow’s whiteness. Stanley vaguely remembered what had happened. He had been caught in the blizzard. He had fallen and hit his head. Stanley knew he was lucky to be alive. Then he remembered the dream. The creatures had come to him and spoken to him. They had lain with him and kept him warm. They had given him a gift that saved his life.

But that was foolishness. Animals didn’t talk. They didn’t give gifts. Stanley looked down. There were prints in the snow around him: the tiny circling paw prints of a mouse, the familiar quartet of a rabbit’s track, the clear paw marks of a canine, and the crescent moon shapes of a deer’s hooves. It did appear that they had been here.

Stanley struggled to his feet. He was near the base of the trail that came down the hill. He had nearly made it to his home. He could see his cottage just off in the vale, now covered with snow.     Stanley cautiously walked toward home. As he moved, he slapped his hands against the buildup of ice and snow encasing his body. He felt the blood coursing through him, making his face, his fingers, his feet tingle.

Once home, Stanley built a fire in his iron stove. He removed his clothes and hung them up to dry. He dressed in woolen underwear and socks. Stanley made tea and sat next to the stove, warming himself inside and out.

The tinsmith thought a long while about what had happened to him. He indeed had received a gift- the gift of life, a gift from the creatures of the forest. Then Stanley realized it was Christmas and he smiled.

Stanley had an idea. It formed slowly and then took shape. Over the next several days, Stanley worked furiously at his craft. He formed tin with his hands and his tools. When he was done, he hiked up the hill and found his broken crate. He repaired the wooden box and carefully packed his new creations.

Stanley made the trip to the village. He was greeted at the mercantile. “Well, hello Stanley, haven’t seen you for a while. Everything okay?  Did you have a merry Christmas?”

The tinsmith smiled and said, “Yes, I did. I received a wondrous gift.”

“I received a very special gift. And I want to share that gift with people.”

Stanley opened his crate and began removing his gifts. Each one was different in size and shape, but the theme was always the same. Stanley had crafted tin lanterns. He placed one on the counter. He opened the lantern lid and set a candle inside. Stanley lit the candle and replaced the cover.

The tin lantern shone and light crept out through the intricate designs Stanley had cut into the sides of the lantern. The light sprayed out and danced around the room. The yellow glow was warm. The lantern had a different design on each side- one side showed the shape of a mouse, one revealed a rabbit, one a coyote, and the fourth, a deer.

“What will they sell for, Stanley?”

“Don’t sell them. Give them away. These are a gift from me.”