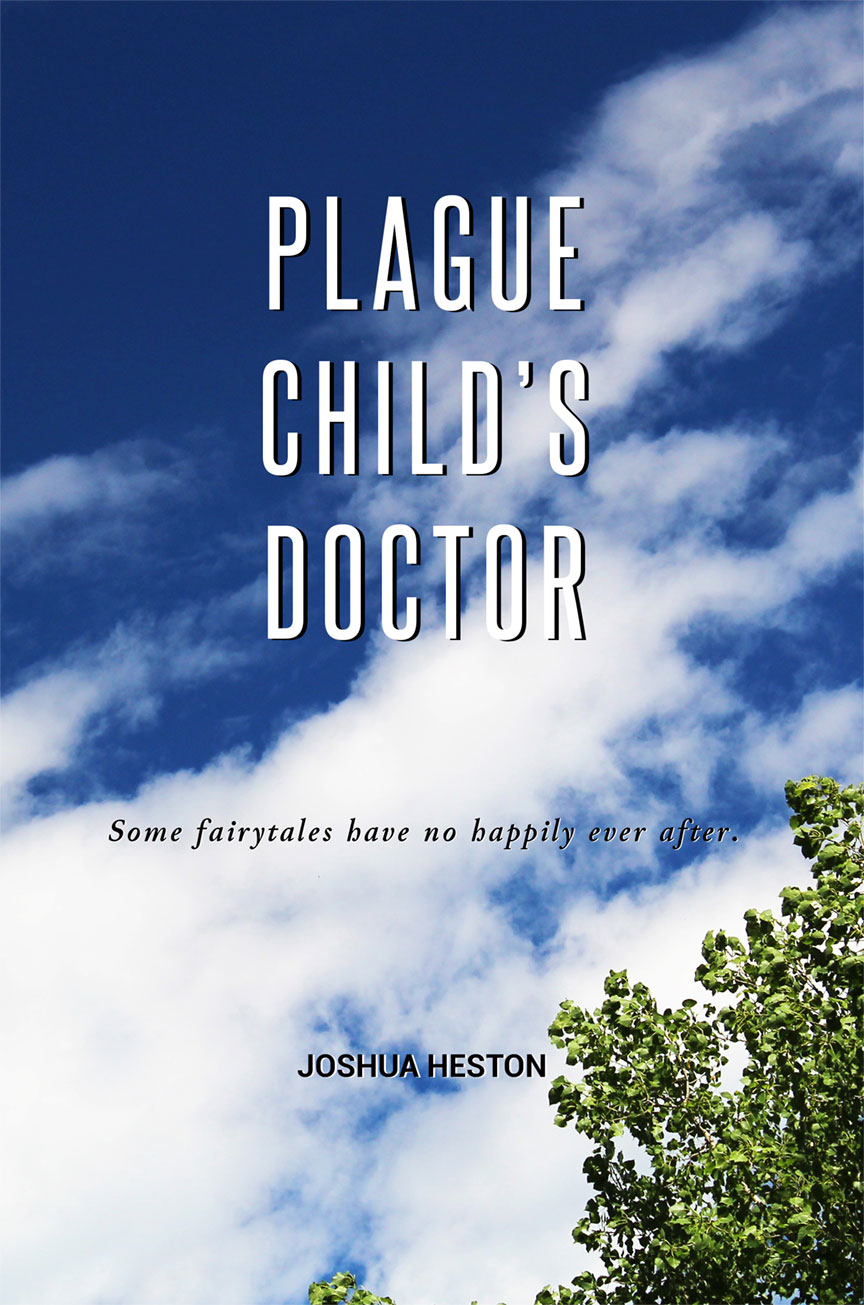 Fourteen-year-old Cyrus Thatcher already knows he’s a freak and his father hates him. But when his beloved baby sister disappears and the townspeople won’t help, Cyrus must choose to take matters into his own self-doubting hands. Set in rural Missouri of 1924, The Plague Child’s Doctor is a fanciful plunge into fantasy, horror, and Americana in which nothing is as it seems.

Joshua Heston is editor-in-chief of StateoftheOzarks.net, an online magazine he founded in 2007. An adopted-Ozarkian, Heston grew up in Central Illinois where he spent too much time daydreaming in the forest and reading his parents’ vast collection of National Geographic. These days he may be found roaming the Ozark Mountains looking for stories. When he is not working the story beat, you may find him at Vintage Paris, the small coffee shop in Hollister, Missouri’s historic district. He’ll either be drinking espresso macchiatos or falling asleep on the couch, though not necessarily in that order!

What others are saying...

“This is an amazing book that I highly recommend to all my fellow bookworms! The complex and detailed developed of each character gave such life to the world and plot-line that I was incapable of putting it down until I had finished!! It’s difficult to find an author with skills of this quality. I will be eagerly looking forward to the next book!!” — Akadia Blaha

“With Heston’s Plague Child’s Doctor, he has successfully bridged the old world of ancient European lore with the perils of the new world of early rural Americana. It is a poetic tale of an adventurous journey through both wonder and horror. The writing is simple yet sophisticated, exists on multiple levels, leaving subtle and vibrant cues for the imagination; it is a joy to read. I wish this book was around in my younger days, though here in my older days this book has let me revisit and rediscover a few things since lost. I’ll look forward to reading this again in years to come.” — Joshua Ryan Gillispie

Ok, let me preface this by saying I don’t think I’ve written any formal reviews before, but I have to talk about the gripping, horrifying, and emotional story of Joshua Heston’s “Plague Child’s Doctor.” This is his first novel, and I have to say, I am thoroughly impressed and moved. I’ll be breaking up this review into sections, they are: Setting, Plot, Characters, Themes, Writing Style, and Miscellaneous Thoughts.

So let’s get started!

This novel is set in rural Missouri in 1924, after an influenza plague has ravaged the small town that is Cyrus Thatcher’s home, while many wonder how the aforementioned young man has survived the sickness, it is clear to the town 13 years later that he is odd.

The plot of this novel is set up in the prologue, with the main character Cyrus Thatcher being born just a year after a flu outbreak has ravaged his hometown, he falls victim to the illness but survives, much to the dismay of his fellow townspeople, and Cyrus discovers he has gained supernatural abilities, and thus you might believe this is your typical chosen one formulaic story, but it is really the characters that make this particular tale anything but.

Cyrus Thatcher and the people he meets throughout are this novel’s heart and soul. Cyrus lives with his parents, Howard and Sarah Thatcher, and younger sister Althea. Cyrus and his mother suffer in silence, at the hands of his father’s physical and emotional abuse, only made worse when the circus comes to town one day. Howard clearly hides the fact that he abuses his wife and son from his friends and the general public, and thus is portrayed as a phony, manipulative, controlling, troubled person who seems to take joy in being the patriarch of this family in the worst ways possible. Both of Cyrus’s parents have no clue how to help their son with his powers. His father is anything but interested in the events in his son’s life, leaving his wife to pick up the slack. During the circus, Cyrus deals heavily with weird visions of horrifying imagery, and the novel’s introduction to a group of cult-like antagonists, who kidnap his sister Althea as he and his family are returning home. After a confrontation with Howard, Cyrus is wounded, and is nursed to health by a man named Angus, who the town suspects is kidnapping children and accuses him of whatever other unholy actions they can think of. Angus though, is a kind man with a warm, comforting presence with plenty of knowledge regarding Cyrus’s supernatural abilities, as Angus discovered that he also was what he describes as a “Seer”, a person who can see another’s memories, and gain full control over their mind and body, manipulating their subjects. Angus also has information for Cyrus regarding Althea’s kidnappers, led by a woman named Lysica, who is worshipped as a queen, and is later revealed to be answering to powers above her in this cult-like movement. I didn’t even cover half of the characters in this novel, and this section is already a 20-paragraph essay well on its way to a novel, so I will end by just saying that each of the characters are deep, complex, and extraordinarily unconventional.

This novel is an outcast’s anthem, from Cyrus Thatcher’s deep introspections about his loneliness, to wondering if he can save his sister and grasp his powers with little guidance, this proves to be a deeply emotional centerpiece for this novel. How do you define home? What people exist that make you want to come back to that home and keep fighting to live another day? These questions are dealt with throughout and are especially prevalent towards its climax, and Cyrus’s backstory of a broken family may have you grabbing the tissues, as you read his journey into self discovery, and ultimate acceptance of his status as a “freak,” everything is brilliantly cohesive. I encourage anyone who often feels invisible to read this novel, as you will certainly appreciate this author’s understanding of a group that is not often understood by society.

The writing style of this novel in terms of how well it will be received, will be subjective. Some people will love it, others may not. Josh pens a very quick and concise style, light on descriptive wording, yet descriptive enough so you can understand the main plot and character motivations, beyond that though, your mileage may vary. His descriptions of some of the more fantastical and horror elements of this novel can be a bit confusing, and you may miss important bits of lore if you’re not paying close enough attention. However, this style of writing also ensures a brisk pace, as the story never grinds to explain a story beat or piece of history, instead those bits of information are woven into the narrative, resulting in a cohesiveness that is easily appreciated, and this style also makes for an accessible read-through, as this novel is on the shorter end, totaling 20 chapters across roughly 160 pages. As someone who is often intimidated by the prospect of reading a novel, I enjoyed Josh’s style immensely, and I hope he continues to use it in his next book.

Wow, I really poured a lot into this review, but I hope you find it enjoyable to read! I know that I had a blast reading this novel, I was inspired to embrace my own status as an outcast, and I hope that anyone who reads this novel will be as touched as I was. I give this novel a glowing endorsement!