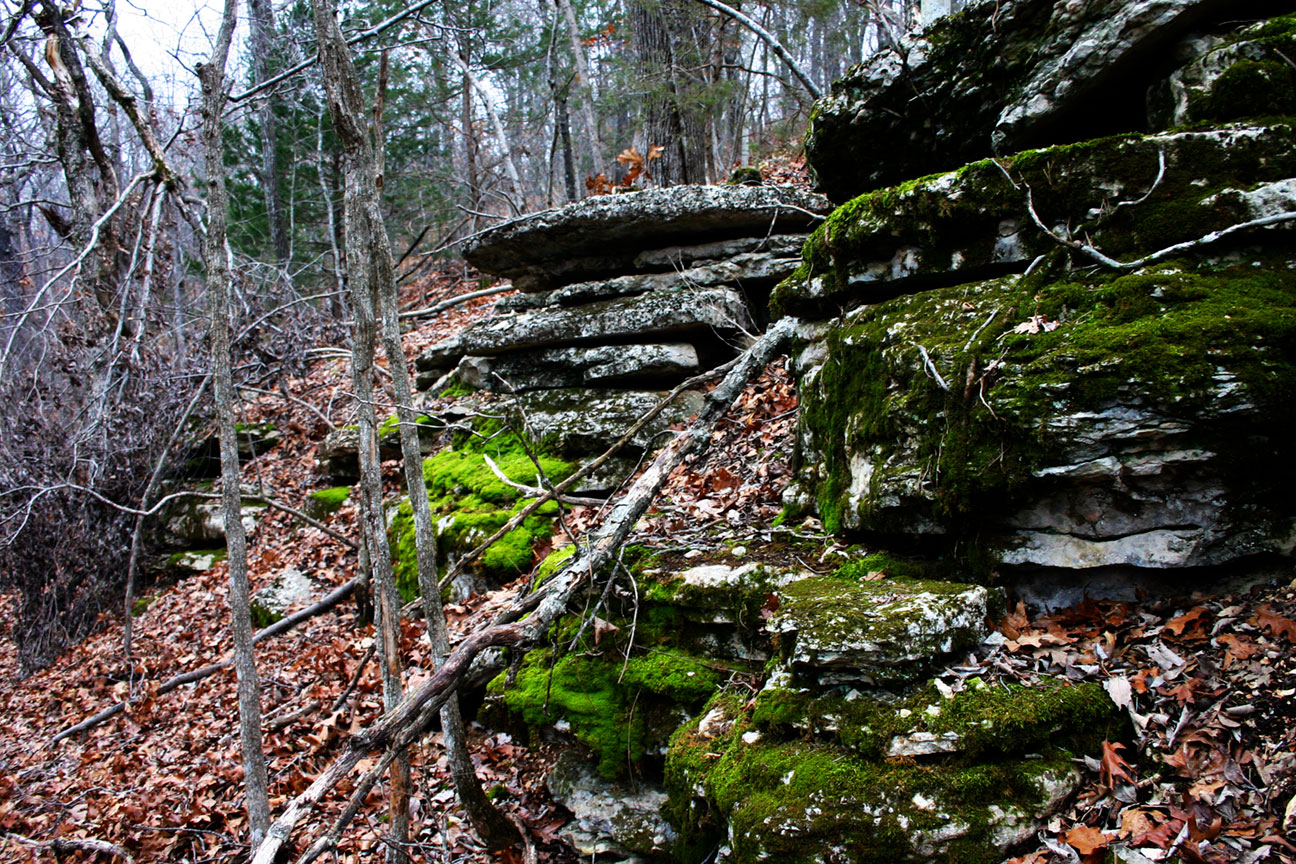 The Legend of Bread Tray Mountain

In the midst of the 15th century — 70 years before Englishmen stepped into the swamp that was to become Jamestown — Spanish conquistadors journeyed into the Ozarks.

They were looking for treasure. It is said they found a special mountain overlooking the White River.

It is also said the conquistadores found a hole in that mountain, made special for the walls within that hole were of pure silver.

They named the mountain el azafate, “the Breadtray,” because the summit was oddly flattened, distinguishing it from the rounded sugarloaf mountains nearby.

In time, the conquistadors would build a fort atop el azafate to protect themselves as they mined their treasure.

The fort was not enough.

Before the decade of 1540 was out, warring peoples — possibly the Osage or the Caddo — would drive the Spanish from the Ozarks, never to return.

The fort slowly weathered away leaving behind little evidence of the remaining treasure. For nearly 300 years, el azafate, the Breadtray, lay untouched.

In the early 1800s — about the time Thomas Jefferson sent both Meriwether Lewis and William Clark across Missouri and on to the Pacific — a band of Chickasaw found shelter in a cave atop the Breadtray.

And within, the Chickasaw found the silver.

It wasn’t long before the group began mining the silver, traversing as far as St. Louis and St. Charles to trade the treasure for supplies.

The Chickasaw mined silver from the Breadtray for 20 years as white pioneers slowly filtered into the Ozarks. Some, such as the Solomon Yocum (or Yoachum) family of Illinois, the Chickasaw even befriended.

In 1835, the Federal “Guvmint” moved in, ordering all native peoples from the mountains. The Chickasaw left, trading the location of the mine atop Breadtray for some wagons, horses, and food.

Knowledge of the mine is said to have passed to the Yocum family who began using the silver to create their own money — the rumored “Yocum Dollars” of Stone and Taney Counties.

Yocum Dollars, made of nearly pure silver, made good currency until the coins circulated into the land office up in Springfield. The “Guvmint” agent sent the Yocum Dollars to Washington and waited for word to come back.

Come back it did: Find the mine and homestead the land to no one!

Finding the Yocums proved difficult. Finding the mine proved impossible.

The Yocums didn’t take kindly to the federal government telling them what they could and could not do with their mine. For many years, the Springfield land agents were unable to force the Ozark hills’ family to change their ways. At last, an agreement was reached:

The Yocums would no longer mint their currency — and the federal government would not attempt to find and sieze the silver mine.

It wasn’t long, though, before the Yocums began drifting westward, drawn to the gold fields of California. History and legend gives us little else about el azafate, the Breadtray, except that the Baldknobbers, in the 1860s, kept stolen loot in the mine. With the hanging of the last Baldknobber vigilantes on the town square of Ozark, Missouri, in 1869, the legend of Breadtray Mountain seemingly comes to a close.

Is there a lost silver mine somewhere on the mountain? Did any part of the story happen at all?

It is mighty hard to tell. It could well be all legend — stories of lost treasure have an awfully pervasive way on folks’ minds.

Nevertheless, as you hike the wilds of this particular Ozark mountain, high above the White River Valley, it’s easy to imagine every single bit of it is true.

Chick Allen, Ozark historian, root digger, museum owner, preserved much of the history of Stone and Taney Counties. Without his effort, this retelling of the Legend of Breadtray Mountain would not be possible.

CREDIT GOES TO THE FOLLOWING PUBLICATIONS AS WELL:

Down The Road From Nixa, by Wayne Glenn, Litho Printers, Cassville, Missouri, 2007.