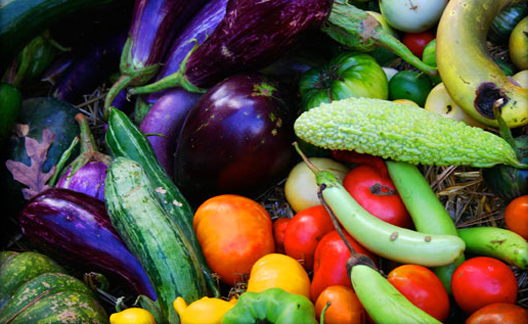 from How They Lived In The Ozarks by Chick Allen 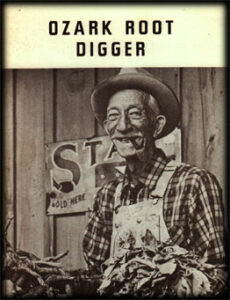 Chick Allen, fourth generation in the Ozarks — of Indian blood — was born in a log cabin on the James River. This is the story of the way the early Indians and white settlers lived — and how they prepared their food without refrigeration. [The book also includes] some Hillbilly recipes.

Go to the corn patch and fetch six nice ears of tender corn and shuck them on the porch. Save the shucks because you can use them to make things.

Cut the corn off’n the cob (just the tips of the kernels). Then scrape the cob and get all the rest of the kernel goody in the pan. Get two egg yellers and beat them good. Add 1 cup milk, 2 tablespoons butter and a little salt and pepper to taste.

Mix the corn, egg yellers, milk, butter and salt ’n pepper and beat the whites offf the hen fruit till they are stiff. Fold this into the mess of corn fixin’s.

Pour all this into a well-buttered baking dish and bake real slow for an hour or so until it is set like a custard and lightly browned.

You can put a few small pieces of green pepper in the fixin’s if’n you like. It gives it a real extry flavor. Everyone likes this — with some corn pone.

Go to the garden and get three large acorn squashes and wash them and cut them up in pieces (the size of a saucer) and take out the seeds and strings and brush all these pieces with melted butter. Bake unti tender in a slow oven.

Boil and mash a few potatoes and beat up 1 egg, some powdered ginger, a little salt (to taste), and some pepper.

When the squash is done, take it out of the oven and spoon out the squash (careful like) and mix up all the fixin’s real good. Stuff it back in the squash shells and put a dot of butter on top. Put them back in the oven to brown (just a little).

This a real fillin’ main dish and is good with a mess of pork ribs and some cornbread.