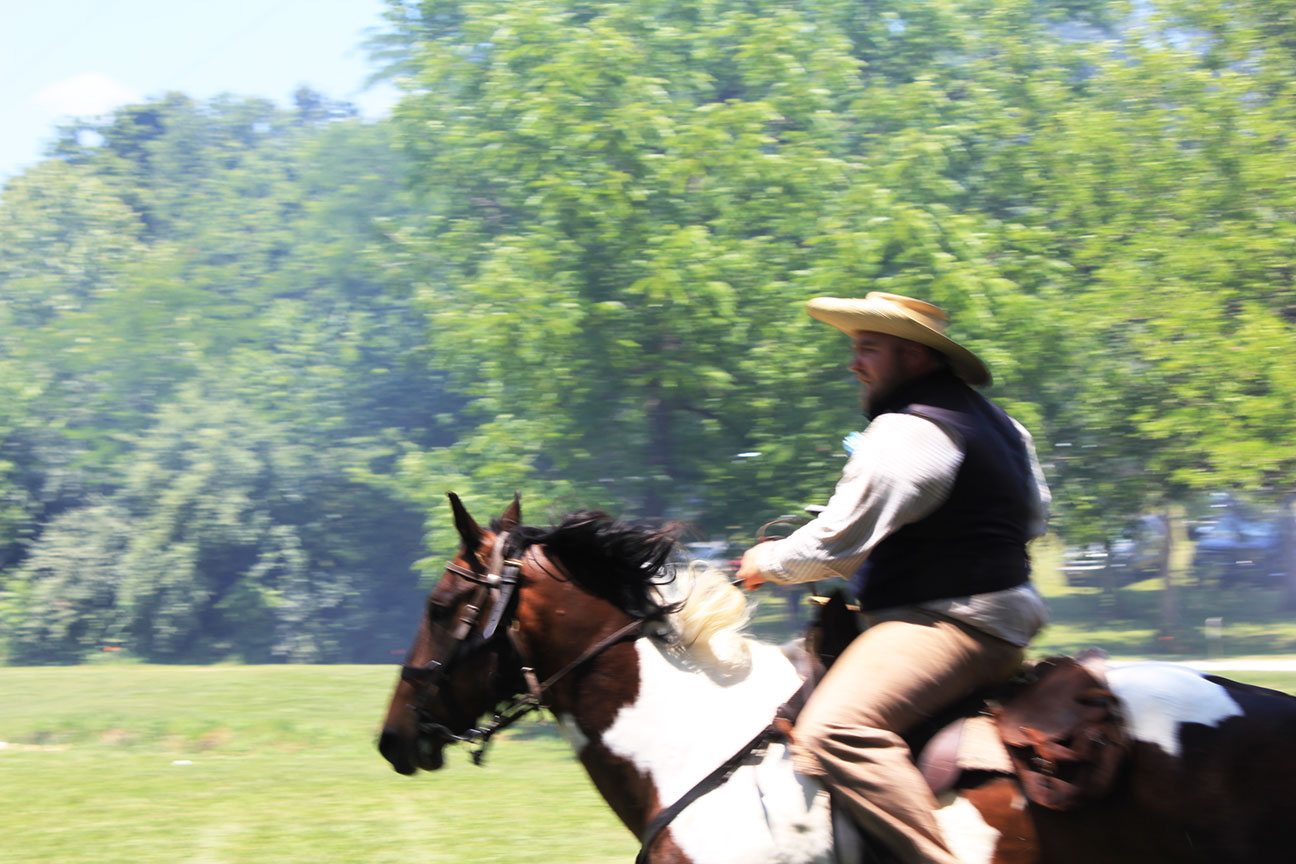 Some stories are better told with photos. On June 10-11, hardworking re-enactors led by Brent Paschall brought the realities of war in Missouri to life. “I always tell people, ‘Once that first bullet goes past your head, it’s not about sides. It’s about surviving.'”

War is tragic, brutal, hateful. And also messy. Simplistically dividing the story into “good guys” and “bad guys” is an inane approach to history. Gallantry, heroism, tragedy existed on both sides, as did brutality, self-interest, and cowardice.

And yet we gather, to learn, to celebrate our American history in all its great and terrible shortcomings. What does it mean? I believe it means we are human, yearning for the grounding of our past. I believe we cannot chart our path forward without the stars of our past to place us in time and space. By celebrating even our most bloody moments, we grant ourselves the possibility of future survival.

“As you get older it is harder to have heroes, but it is sort of necessary.” — Ernest Hemingway.

“[T]hey were good soldiers. The Confederate battle flag is a symbol of military valor…. It symbolizes what F. Scott Fitzgerald called a romantic lost cause fought by charming people. Ask any male who ever played Civil War games as a boy if there was a marked preference for one side or the other. Invariably, little boys fight bitterly over who gets to play the Confederates. This obviously has nothing whatsoever to do with slavery: The preference for the South is based purely on the military criteria of little boys. Soldiers in the Confederate army were simply cooler that those in the Union army. They had better uniforms, better songs, and better generals. And they had the rebel yell. Who would you rather be — J.E.B. Stuart in the dashing gray uniform and a plume in his hat or some clodhopper from Maine?” — Ann Coulter