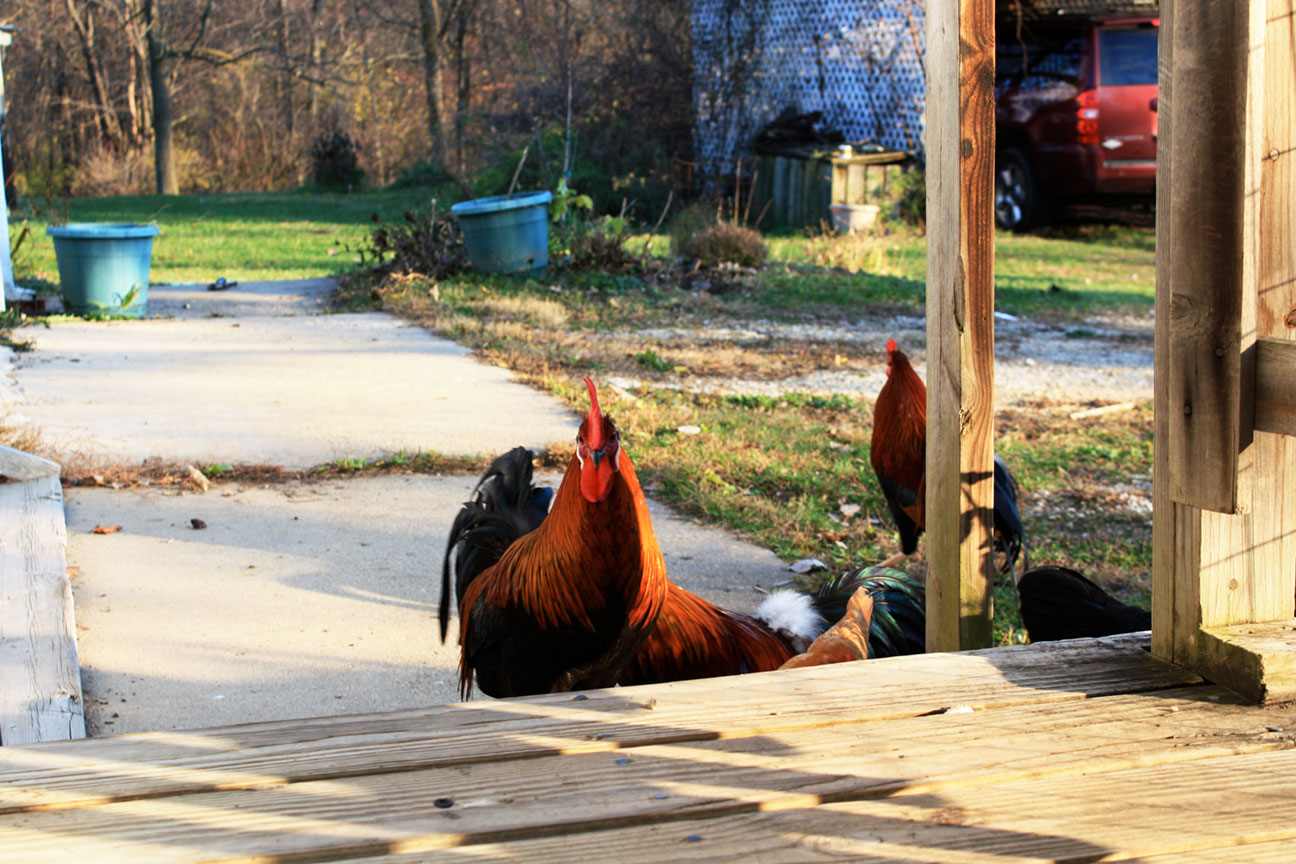 I was reading a blog about a rural Arkansas road trip and discovered my chickens.

They weren’t actually my chickens. They would not, for example, recognize me if we were to meet. But they looked just like my chickens. It was a little surprising.

You see, I have some heritage Ozark chickens and didn’t even know it. To me, they were just Spot, Minnie, Pretty Boy, Bertha, the Golden Triplets… and others.

Anything that lays omelets deserves to be named.

Back several years before I started StateoftheOzarks, we (my folks and I) visited the May Festival out at Baker Creek Seeds near Mansfield.

And right there in the seed shop, peeping their little baby heads off, were boxes of chickens. After minimal deliberation, my mom bought a box of them and we headed back to Illinois (but not before a stop at the Shoney’s in Lebanon, where we secured a couple of corn muffins).

Heritage chickens like Shoney’s corn muffins, in case you wondered.

The box had said “heirloom Ozark chickens,” and that’s exactly what they turned out to be. Who knew?

“What’s the criteria for an “heritage chicken?” you ask. This is what I’ve found thus far:

Chicken heritage. It seems the Ozarks have a way of exerting an influence on my life… even when I’m not expecting it. And with that, I’d better head out to the barn. And throw some corn to an heirloom chicken named Spot…