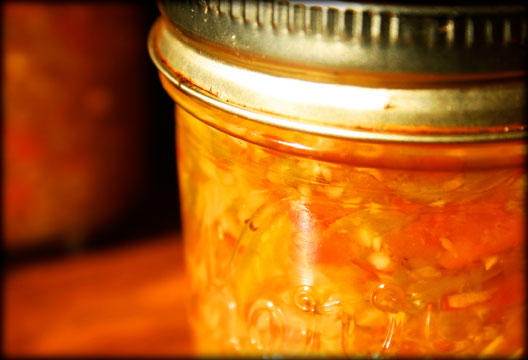 PLATE 1. Beautiful jars of End-of-the-Year Relish, waiting for a winter season of hot dogs, brats, Polish sausage, pork chops and just-plain eatin’ out of the jar.

This amazing relish has two important stories for me. First, the precise recipe is from Angie Haage-Hubbs of Salem, Missouri. Miss Angie is the talented vocalist and bass player of bluegrass group Highway 32 and first shared this relish with us all during the Starvy Creek Bluegrass Festival in September of 2010. The recipe is downright amazing on hot dogs (and I don’t even particularly care for hot dogs so that’s saying a lot).

Miss Angie writes, “My grandma used to actually grind her relish up but I like it better if it’s not all mushy. I use a food processor. It’s more crispy and colorful.”

Good times, good friends, good music. It doesn’t get much better than that!

And yet, that’s not where the story ends. At least for me. You see, I brought a jar home to my mom, Donny Heston. Her response? “That’s Aunt Jessie’s recipe. She used to make that at the end of the summer and I’ve tried my best to make it one way or another. Never did get it done.” I think it was called chow-chow.

Either way, my mom remembered it fondly and the taste took her back to a big house on the east side of Osceola, Iowa, where Jessie (Danner) James tended a huge garden, dried peanuts on newspaper in her attic, made orange kool-aid in a big bumpy glass pitcher for Independence Day and using water cold from the old hand pump in the yard, worked at whatever job she could to make ends meet without complaint, and stirred up bags of cracker jacks come Christmas-time.

Good times. Good family. Good food. Good memories. It is a torch passed from one generation to the next.

Use a food processor to separately chop green tomatoes, onion, cabbage and peppers. Mix well with salt and let stand overnight. Rinse well with cold water and drain well. In a separate bowl, sift sugar, celery seed and turmeric. Pour over vegetable mixture and stir well. Add apple cider vinegar and water, pour into a large, heavy saucepan and heat to boil. Reduce heat and simmer for 3 minutes. Put into jars and seal.

PLATE 2. Buckets of green tomatoes are common during the fall season. Encroaching frosts ensure they won’t ripen in the garden…

PLATE 3. Freshly washed green tomatoes, ready to be chopped up for relish (below).

PLATE 4. Green tomatoes are surprisingly versatile, making excellent relish and even clove- and cinnamon-infused pie. If not done properly, green tomato pie has a whang to it that grabs on and just won’t let go. Done properly, it was my Grandpa Jim Danner’s favorite. Slice ’em thin.

PLATE 5. White onion chopped and ready for the relish bowl. A head of cabbage is chopped to the same consistency.

PLATE 6. Beautiful red and green bell peppers are common during the fall harvest and add great color and flavor to the mix.

PLATE 7. After an overnight salt-soak, the mixture is ready for the saucepan. The salt-soak is an integral part of the recipe. Be sure to rinse the chopped vegetables well.

PLATE 8. Six cups of sugar, plus celery seed and turmeric insure a great complexity of flavor. Considering the volume of vegetables, the sugar is not overwhelming. Celery seed hearkens to Old World influences. Turmeric, originally an Ayurvedic spice and today used to color plain old yellow mustard, has been a part of the spice trade since time immemorial.

PLATE 10. With water and apple cider vinegar added, the relish is ready to simmer. Be sure to use a large, heavy-bottomed saucepan. A stainless steel stew pot with a copper bottom is ideal.