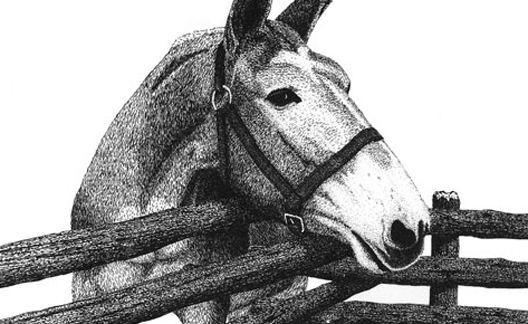 There is a lot to be said about the domesticated animals brought into these hills. 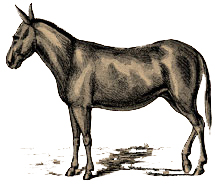 Imagine the Ozarks frontier without horses; an Ozarks farmyard without chickens; the state of Missouri without mules!

State of the Ozarks is dedicated to remembering a day when farm animals were an integral part of Ozarkers’ lives.

Although there are fewer and fewer small farms in the Ozarks — and the nation — there are still those devoted to raising and working livestock the old-fashioned ways.

And State of the Ozarks will find and visit with those folks too.

The town [Ava, Missouri] is world headquarters of the breed registry for the Missouri Fox Trotting Horse Breed Association, and their world championship horse show is held there annually…..

The foxtrotter is a “hillbilly horse” developed in the Ozarks. The hills demanded a sturdy, sure footed, even footed horse, so the early settlers crossed their high spirited five-gaited horses with the calmer Tennessee Walkers to slow — and calm — them down.

Later they used mustang mares to add endurance and cut down on size.

And since most Ozarkers could not afford both a riding horse and a work team, fox trotters were bred to be all-purpose horses.

“We cousins tusseled for the bladder. The victor got to push in a hollow cane and blow up the organ as big as he dared. Then we all stood around and ‘bomped’ its taut sides until it burst. An Ozark ‘balloon’ seldom lasted more than an hour.” — page 53, James C. Hefley, Way Back in the Hills