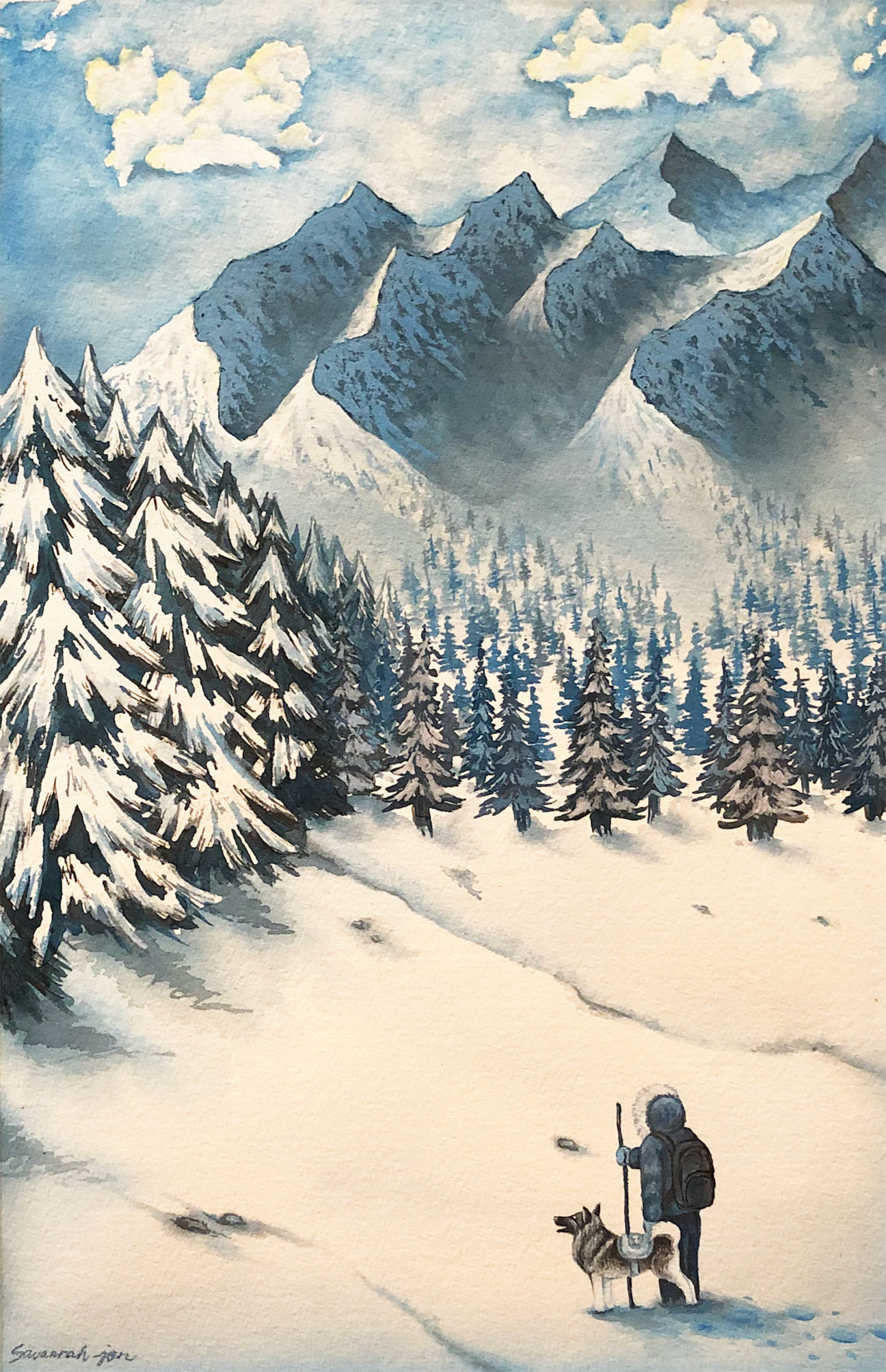 My name is Timeran, my mom had made it up by adding ‘eran’ to her favorite name, Tim. I really dislike summer camping. Heat and humidity, bugs that bite or sting, bugs that bite or sting while hunting other biting stinging bugs. Insects that carry every manner of unsavory disease, snakes chasing bugs, some of them venomous. Winter camping was so much simpler. Yes, summer days were longer, the woods were full of life in the summer. However, a lot of that was thorny with scratching and itching poisons. Everything was looking for a way to make everything else into a meal or defending against being eaten, indiscriminately. In winter the woods slept quietly and gently under a blanket snow. Although winter does have its dangers, read Jack London’s cautionary tale, To Build a Fire if you doubt it. In the winter you did not have to carry water, which, at 8.4 pounds per gallon, was a cumbersome hassle. All you just had to melt the frozen water already delivered to your camp site, as long as you avoided yellow snow.

It was late November and I had 3 days of before the long Thanksgiving weekend. My girlfriend was out of town until Thanksgiving eve. Winter had started early with eighteen inches of snow on the ground and more coming. On the day my weekend started a major snow storm began to add several more inches to the 18 we had. That meant that a cold front was pushing through, and the temperature would drop over the next day or two. My gear was packed and ready. I dressed in my outdoor winter warms, checked the saddle bags for Rolf, my 4-year old Norwegian Elkhound. Rolf was probably the only creature on the planet that loved camping in the winter more than I did. His ancestry made him ideally prepared for it.

I pulled my equipment back pack and Rolf’s saddle bag out of the storage room after adding some freeze-dried food items and dog food. I came out into the kitchen to add other items and Rolf went bananas. He immediately tried to crawl into his saddlebags, promptly spilling most of the contents. Sometimes I was convinced that Rolf and I communicated telepathically, but I did use a few choice words at this point. He almost never needed voice or hand commands and often anticipated me. But, like a typical 2-year old, he could turn this off when he chose to. I was the alpha of our little 2 creature pack, or at least Rolf let me believe that most of the time.

Eventually everything was straightened out, Rolf had his saddle bags on and was standing at the back- door whining. I carried my back pack to the door hoisted it onto my back and tried to open the door. Rolf all but ran me over to get out first. The door opened to a covered back deck that was mostly filled with enough split wood to help heat our log house for the winter. I took my ski poles and snow shoes off their hooks and headed through the corridor between the wood stacks to the back yard. Our house was on 5 acres in northern Montana. To the North and West pine forests backed up to Kootenai National Forest. To the east were fairly open deciduous woods. The eastern, front side was mostly prairie and provided some spectacular sun rises.

Rolf romped in the belly deep snow with a huge smile on his face. Barking furiously and remarking his territory, a task he performed daily with gusto. I hooked on my snow shoes. Much easier on the deck than standing in knee-deep snow. I pulled on my water proof mittens, yup mittens. Fingers stay warmer we when they are grouped together leaving only my thumbs to keep warm. I pulled my jacket hood up over my knit hat to keep it dry from the heavy snow that was falling. I had decided to head north into the pines. They kept more snow off the ground than leafless winter trees. I had decided to camp in a small grove of pines about 3 miles north of the house. The 70-pound back pack rested easily on my back. I had been hiking in the woods during the summer carrying an 80-pound bag of sand, so the 70 would be no problem.

Rolf and I headed into the woods to an inconceivable adventure beyond our wildest imagination.