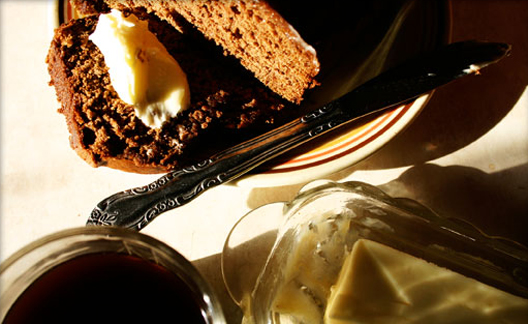 I remember my great grandma, Lula [Benge] Gwinn, although she passed away when I was only four. 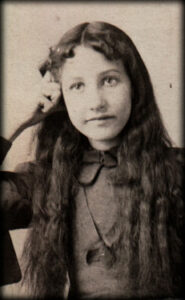 She lived in all-but forgotten Leroy, Iowa, in a tiny, shingle-sided house surrounded by lilacs.

Although she lived her whole life up in the rolling hills and hollers of Lucas County, Iowa, Grandma Gwinn is my connection to an ancestry that dates back to the hills of eastern Kentucky. And before that? Ireland and Wales.

Her cooking reflects our heritage: a combination of Upper South (lots of bacon, cornbread and bacon or side meat) and Old England (colcannon, spiced breads, puddings, jam cakes. And tea. 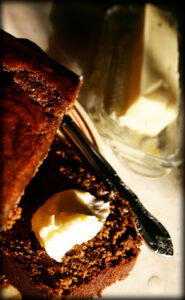 Did I mention she was beautiful?

Her long hair and gray eyes even now denote a poise and inner strength that has since been lost. 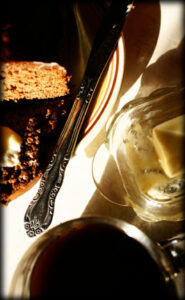 Sift flour with baking powder, salt, ginger and sugar. Add egg and molasses and vanilla, beating well after each.