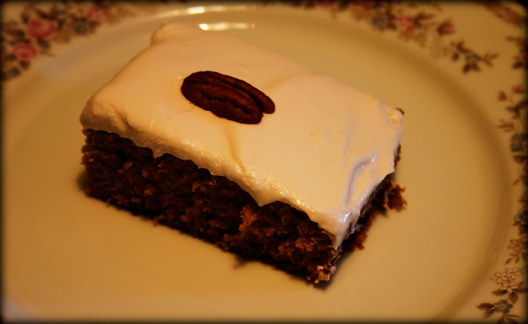 I think it is darned near impossible to separate Ozark culture from Ozark cooking. And with culinary sensibilities long-inherited from a tradition best described as “Southern by way of the Cumberland Gap,” I’m happy to now preside as editor over this section. 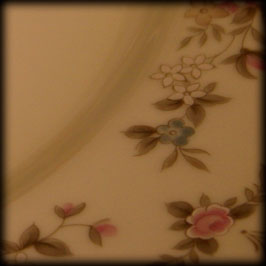 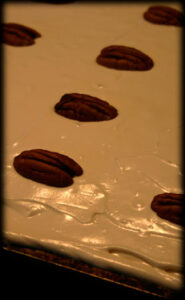 Mix all ingredients except nuts. Spread over cake and sprinkle with pecans.

Have you ever read Good Old Days? It is a monthly magazine published by House of White Birches Publishers in Indiana. The editor is the venerable Ken Tate and I strongly recommend you look it up and purchase a subscription.

Ken is a superb editor who writes in an approachable, comfortable sort of way that pulls you in and keep you reading. He is also a native Ozarker whose childhood farm was bulldozed to make way for the four lanes of Highway 65 between Springfield and Branson. 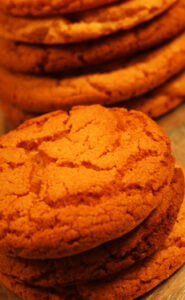 I love Good Old Days and hope it lasts forever. Filled to the brim with personal memories of folks from an earlier time, it’s also an ever-moving love letter to a past that is becoming gradually younger. What does that mean?

When I was a kid in the 1980s, I’d fish around in the orderly pile of magazines and newspapers my grandma kept between the easy chair and couch (It was amazing. Even grandma’s messy stuff was kept tidy) and I’d read reminiscences of chautauquas in the summer parks or turn-of-the-century farms or the first Model T (or airplane).

These days the memories of the good old days may date back no further than the 1950s (or sometimes even the 1960s). But regardless of decade, the theme is often the same.

These are real stories from real people.

Although the headlines of the era might have said “World War I Declared,” “Stock Market Crashes” or “Satellite Orbits,” there were a thousand-times-a-thousand unwritten headlines taking place at the same time — headlines far too unimportant for record in the Chicago Sun or the New York Times. 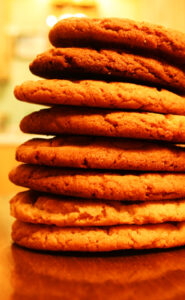 It is a gently woven story of real-life. Of beet soups and warm cook stoves; of a father who cared enough to accompany his young daughter to her first dance, to painful (albeit often hilarious) childhood mistakes. It is the real-life that too often passes right under our own noses, while we’re too busy reading those “important” headlines.

It is the real-life I hope makes State of the Ozarks worth reading and I proudly cite The Good Old Days and Ken Tate as an inspiration for beginning this magazine. On top of that, it’s from the Good Old Days’ cookbook Cookin’ Up A Storm that I gleaned the finest, most perfect sugar cookie recipe in the whole wide world (please see recipe at upper right, with photos).

The food police would cringe at the ingredients: 1 cup lard, 2 eggs, 1 3/4 cup sugar, 1/4 cup white corn syrup. But you know what? Just like many of our memories, they are magnificent.

Preheat oven to 375°F. Cream together sugar, butter and eggs; add syrup and vanilla. Sift together flour, baking powder and vanilla; blend into creamed mixture. Roll into balls and bake on an ungreased cookie sheet for 8 to 12 minutes.