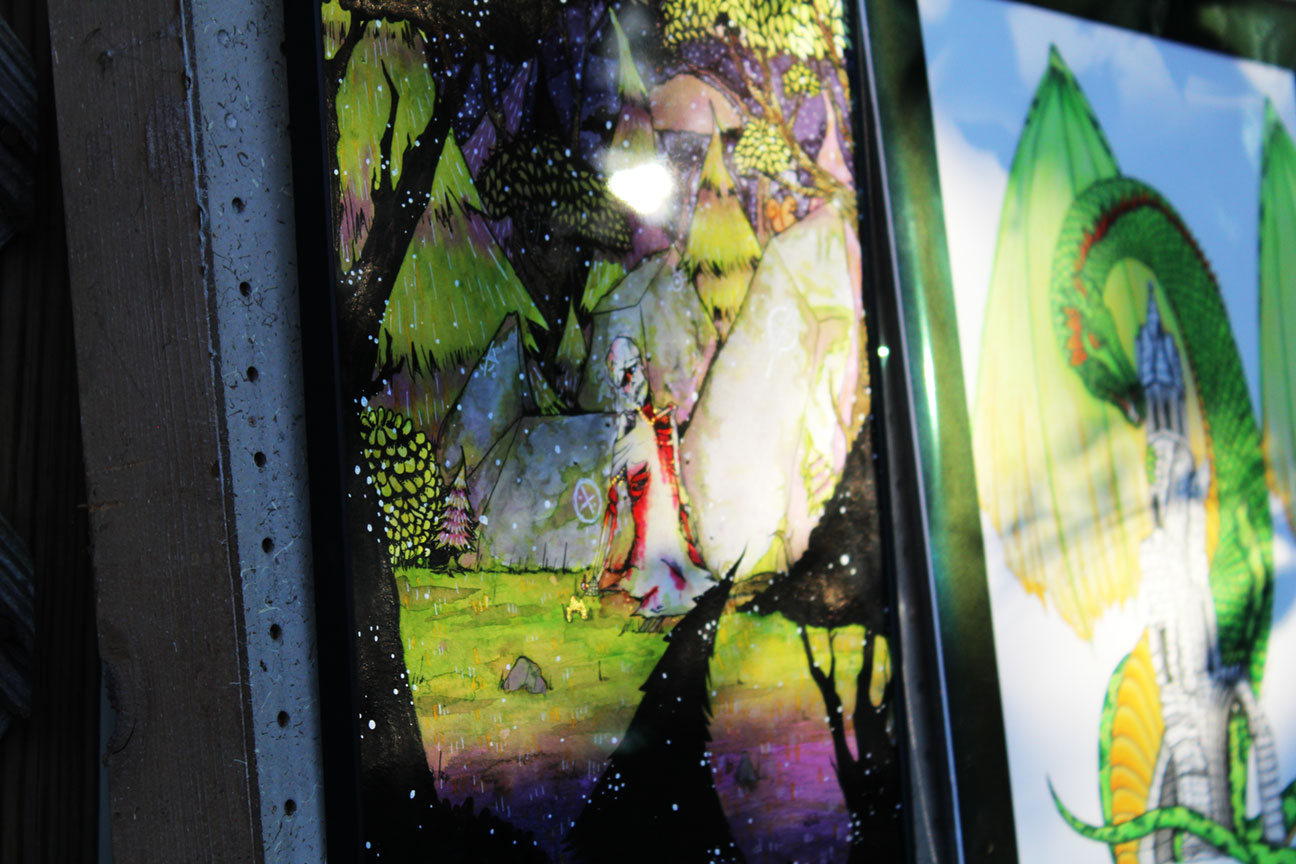 There is a myth, told by the ancients, that within a grove, in a cursed forest, lay a skeletal princess.

Her skull, wet with salty tears, be filled with the memories of the life she’d previously lived, and the thoughts of the life she would’ve lived. Had she not gone into the forest that her father had forbade her to venture, such a future may have passed…

She had thought, naïvely, he simply didn’t want her to get the reputation for tomboyish behavior.

So, after an ardent disagreement, she traveled into the forest, just to spite him.
And there she slowly died.

She remembered the tortures she’d gone through before death finally claimed her;
Her hair being leisurely pulled out in various clumps by the prickly trees’ twiggy arms. Her fingernails being peeled away by nail flies.

Her face being poked, bitten, and prodded by the spindly fingers and teeth of shark faeries.

Many other atrocities she went through before she finally lay down, nothing more than blood and bones, and died.

Only to waken again.
She had become one of the wood.
A haunted one.
A haunting one.
One that remained alive, and yet was dead.
Having no longer any knowledge or care for the passage of time, she lay there for twenty years. Lay there, in her bloody, corroded garments, picking away the last bits and pieces of flesh that had been spared, for she had no use for it anymore.

She didn’t hunger.
She wasn’t cold.
She wasn’t hot.
She couldn’t see and yet saw all. She was a shade. She was in the-between.

Her emotions remained, though. Eating her.
Agony, guilt, fear, calm, joy, wonder, longing.
And yet the strongest, was guilt.

Guilty was she, for leaving her father after an argument, causing him to think she hated him forevermore.
Guilty was she, for disobeying him, for venturing into the wood despite his word.
Guilty was she, for not being there, when it was finally her time to take over the kingdom, so he may fade in contentment.
Guilty was she, that she’d left, forcing him to, alone, try to prevent the neighboring kingdom from laying claim to his land.
He had no other sons or daughters to precede him. His wife having died in childbirth so many years ago.
The guilt weighed on her so heavily, that at last, she forgot the horror she’d become. She rose from her resting place, herself and the earth bathed in old blood and tears.
She knew the forest now, from all those years ago when she tried to survive, and now as a shade, she knew them. Simply knew.

She went to the castle grounds, by the forest’s edge. There, she saw, to her dismay, that it had fallen.
Fallen not by battle, but by lost love.
Her father, broken by her disappearance, had locked himself away. No one was to come to the castle grounds. No one, not to garden, not to repair. Not even to send message. Unless the message told of his daughter alive and well.

The skeletal princess longed to cry at the horrid sight before her, but cry she could not, for the lack of skin and eyes prevented her to do so outside the forest.

She traveled, floating along the ground, passed the castle gates.

Upon coming to the throne room, her heart, the only organ that remained, stopped as her gaze fell to her father. An old man now, he still commanded obedience despite his lowered eyes and weakened body. But he did not notice her presence until she stood right before him.

“Leave me. I run the kingdom well enough, get away with your bickering!” He barked, without raising his head.

“Father,” she whispered. How she could speak was a mystery, as she had no vocal cords to use.

But speak she did.

“Alas, my daughter’s voice… So pure and full of innocence.” He lamented, grief racking his throat.

“Father I am here. I’ve returned. Dear father, see!” She cried, her voice echoing in the keep’s old stone halls.

The king raised his head and released a howl of fear.

“What is this devil before me?” He cried, leaping from his chair and attempting to draw his sword. But age had claimed him, and he was unable to lift it.

“Away you monster! How dare you speak with my child’s voice. How dare you mock me!” He backed away, then stopped.

“Are you…” he began, “are you death? Have you come to take me to the other world? Do you speak with the voice of my daughter to tell me she and her mother are waiting? Waiting for me to join them in the summer land? Has my time finally come?” His voice faded to barely a whisper.

“I want to go, I do! But my kingdom, it will fall- worse than it already has. I must find a proper successor. But is there one? Be that my wife is dead, and daughter too? Who could replace…?” He fell to his knees and placed his head in his hands, weeping.

“I am not death.” She whispered. “I am your child. I have not come to take you away, father. I came to return and be the queen I know I must be, for you to leave this world in peace.”

She knelt before him and took his head in her bony hands.

“If you will not recognize my face, recognize my ring.” Raising her index finger, she revealed a golden ring inlaid with a red jewel. Despite tarnish and cracks, it was the ring he had given her on her fourteenth birthday. The birthday, that had only been two days before her disappearance.

Hope, for a moment, revealed itself in the king’s eyes. But then his gaze reverted to the shade humbled before him and he couldn’t see his daughter. For alas, after so many years in grief, the misery and darkness that filled his mind, could not be undone.

Standing, he swiped the ring away. “Monster and thief! You dare come before me claiming to be my child! You are a fiend! A devil! Not my child! Not my child!” He repeated the words over and over as he fled the hall.

He went to his chambers, where he fell to his bed and wept, wept till his heart finally stopped, for it couldn’t bear such sadness any longer.

Feeling the pull back to the forest, the princess returned to her grove, where its sick magick permitted her to cry at last.

And there, she stayed. A legend, a myth. Never to live and never to die, as her kingdom crumbled around her.