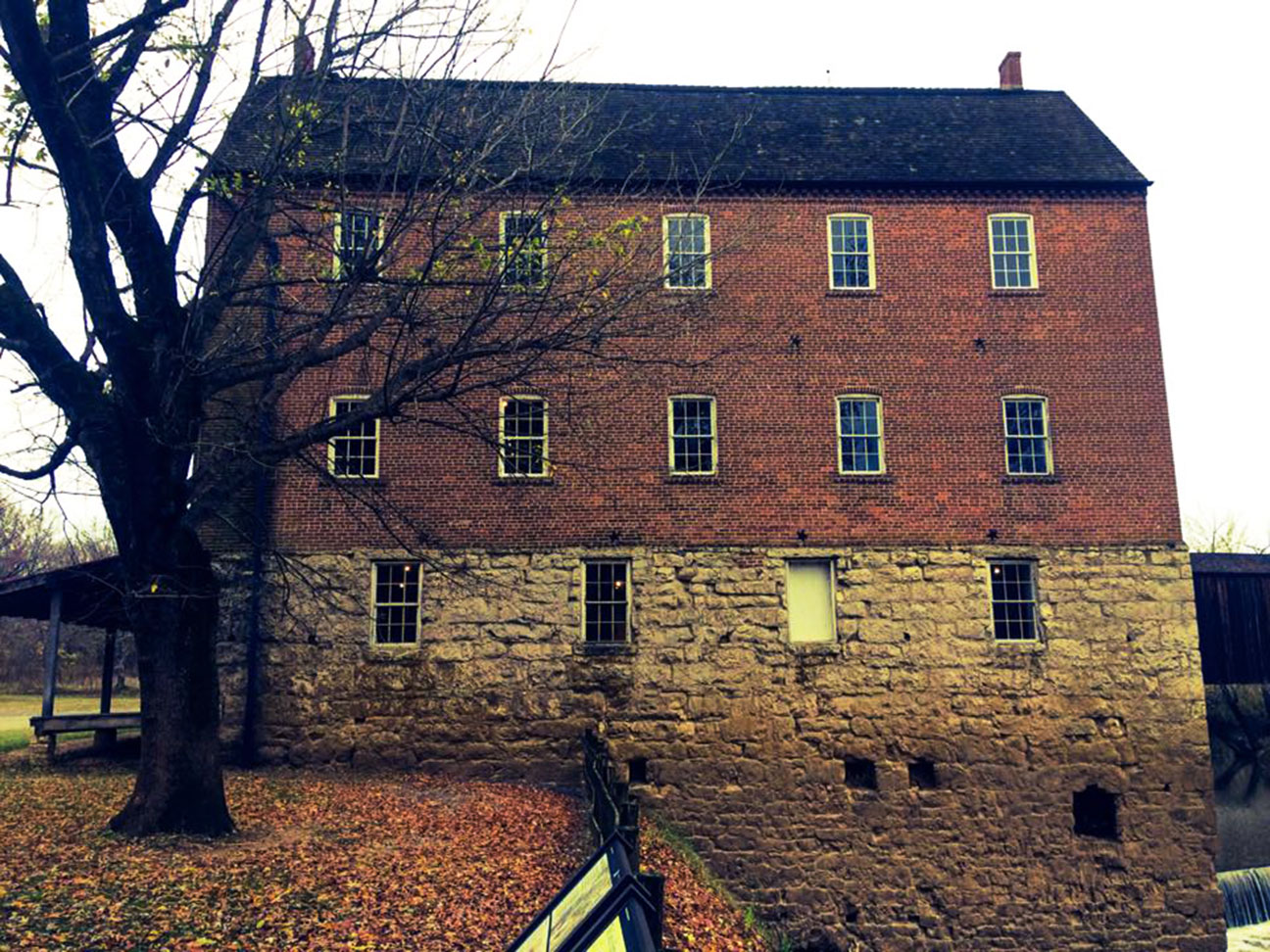 Bollinger Mill is located in Cape Girardeau County, Missouri next to the Whitewater River, six miles west of Jackson, Missouri on Highway 34.

Originally established as an Indian trading post by George Bollinger, who in 1797 received a land grant from the Spanish Commandant in St. Louis under the condition that he develop the area to attract settlers.By 1799 Bollinger had constructed a log gristmill and twenty families from North Carolina (where Bollinger was originally from) occupied the area.

He was a civic leader and served in the Territorial Legislature and operated his mill until the time of his death in 1842. The mill was so successful that some customers traveled as far as 100 miles to do business with him.

Following Bollinger’s death, his son-in-law Ralph Daugherty took over the operation. In 1858 construction of a covered bridge had started but was interrupted by the American Civil War. Ralph Daugherty and his family’s loyalty lay with the South and ground grain for the Confederacy.

In 1864 the Union Army burned the mill and attempted to destroy the dam by shelling it. They did not , however, do damage to the partially constructed covered bridge, which was finished in 1867 and is the oldest remaining covered bridge in Missouri.

In 1867 S.R. Buford rebuilt the mill and added three additional stories to it. Buford sold the mill to the Cape County Milling Company sometime between 1899-1900.

The mill operated until 1942 and was dismantled in 1953. Sometime afterward descendants of George Bollinger purchased the mill and property and gave it to the Cape County Historical Society, who in turn, donated it to the State of Missouri who reassembled the mill.

Today it serves as a tranquil historic area / park where visitors can view the mill, take a walk across the covered bridge , fish or picnic.

Information from this article was taken from the Missouri Department of Natural Resources and can be found at the following web address:

Photos and story by Clint Lacy