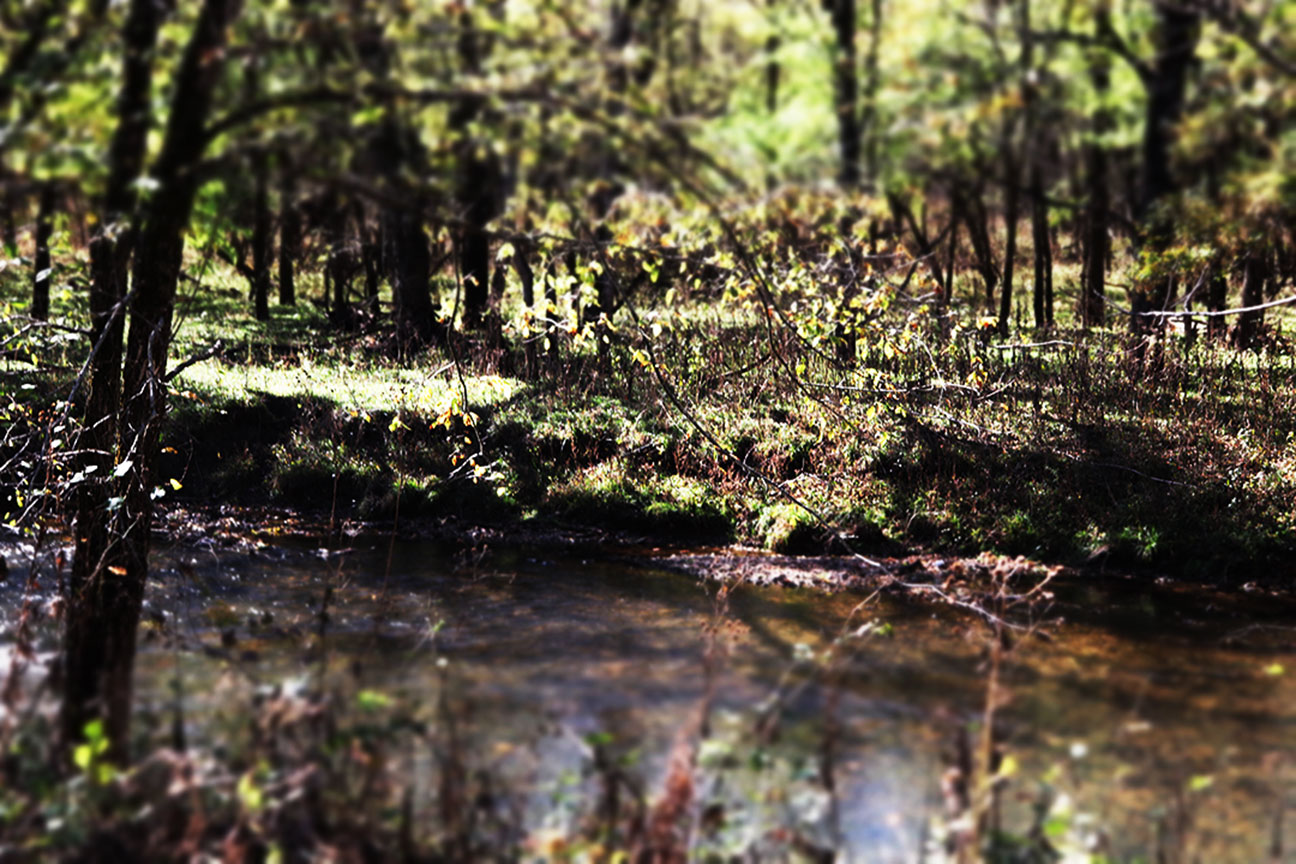 “Quiet!” whispered a Union soldier as one of his brothers stepped on a stick. The cracking sound had echoed through the woods. The Union soldiers moved quietly through the dense forests of the Ozarks. The surprise attack was almost perfect until they had a run-in with opposing troops, who were scavenging for food shortly before dawn. It was still dark, warm and muggy on the morning of August 10, 1861 near Wilson’s Creek. In two hours, history would record the first major battle of the Trans Mississippi Theater, and the second major battle of the American Civil War.

Over 530 men would lose their lives that day and another 2,000 would be wounded or missing in action. The battle was fought by volunteers from Missouri, Iowa, Kansas and regular Federal troops totaling 5,400 men strong, led by Brigadier General Nathaniel Lyon. Under the command of Confederate General Benjamin McCulloch, Confederate forces and the Missouri State Guard (under the command of General Sterling Price), combined forces totaling 10,125 men, nearly double the size of the opposing Federal army.

Yet many of the Missouri State Guard men were ill-equipped to fight a war. Even after getting resupplied in Arkansas a few months prior to the battle, about 2,000 men were still using shotguns, hunting rifles, Revolutionary War/War of 1812 muskets and farm implements. Some had no weapons at all.

Several miles away, Colonel Franz quietly moved 1,200 men of Lyon’s force south, flanking the confederate camps, and blocking the Fayetteville Road. This road, thought to be an ideal route for a swift retreat, completed a pinching maneuver, into and then past the Sharp’s farm, which runs along a large portion of Wilson’s Creek. Sigel placed his artillery near the Sharp’s farm and fired upon the Confederate and Missouri State Guard in order to support General Lyon’s attack.

After about 30 minutes of fighting on and around Bloody Hill, the Confederate guns fell silent. Sigel ordered his troops to cease fire because he now feared he might accidentally hit Lyon’s troops if they were to advance. There was a lull in the battle and Sigel suspected the Missouri State Guard and Confederate forces were retreating. A scout reported “Lyon’s First Iowa Infantry” was coming to support them, reinforcing the idea that the opposing army was retreating. When the Confederate Third Louisiana marched through Sharp’s cornfield, both wore grey uniforms. Sigel and his staff mistook them for the Union’s First Iowa Infantry regiment, but in reality the Confederate and Missouri State Guard were mounting an attack!

Not believing his eyes, Sigel sent Corporal Tod from the Third Missouri to challenge them. Tod approached the soldiers but was shot and killed by Confederate soldiers upon his inquiry. Sigel followed up by ordering his men to open fire. Only one to two shots from each cannon roared upon the advancing infantry, but was not enough to stop them. Soon the Union artillery was overrun, as was Sigel’s command. The left wing of Lyons’ army collapsed, leaving the rest of the Union regiments at risk of being outflanked.

From that point, the fight favored the Confederate and Missouri State Guard forces. For a total of five hours, Lyon’s men held off attack after attack from the top of what the Confederates called Oak Hill, later renamed Bloody Hill. Two thousand eight hundred men from a variety of regiments included Lt. Colonel William Merritt’s First Iowa Infantry on the northeast side of Bloody Hill.

To their front left, was Du Bois’s Battery (4 artillery pieces), commanded by John Du Bois, a West Point graduate. Southwest of Du Bois was part of the First Kansas Infantry commanded by Colonel George Deitzler. Northwest of Deitzler was Totten’s Battery (6 artillery pieces), commanded by Captain James Totten, also a West Point graduate. Totten, incidentally, had been stationed in Little Rock, Arkansas before the war as an instructor to train men of the Pulaski Arkansas Battery. On this day, he would be exchanging fire with them.

Before the fourth charge could be mounted by the Missouri State Guard, Lyon rallied nearly his entire force on Bloody Hill for a counter-charge down the hill. Lyon, despite being remembered a hero, was considered by some a lunatic. Only months before, the New England abolitionist warrior had said, “Rather than concede to the state of Missouri for one single instant the right to dictate to my government…I would see you…and every man, woman child in the state dead and buried. This means war!”

After a successful advance toward the withdrawing Missouri State Guard forces, Lyon was wounded twice, once in the leg and then the head. Both wounds were superficial. When Lyon received his head wound, his horse was also shot and killed. After seeing a great many young men lying upon the ground dead or wounded yelling for help he stumbled forth to Major Schofield and said “Major, I am afraid the day is lost.”

“No, General, let us try again,” Schofield replied. Major Samuel Sturgis (the second in command) loaned Lyon his horse, and Lyon returned to the front. For about an hour the Federal forces and Missouri State Guard/Confederate forces battled. At 7:30 A.M. Lyon withdrew his troops back onto Bloody Hill. By 9:30 A.M, Lyon had realigned and rallied his forces on Bloody Hill totaling 3,500 men. Meanwhile Price rallied the Missouri State Guard and launched their forth charge up Bloody Hill. In response, the Federal forces opened fire. After directing his troops for some time, Lyon took a high-caliber bullet to the chest and died within seconds. He was the first general to lose his life in the Civil War.

Following Lyon’s death, command of the Union forces was turned over to Major Samuel Sturgis. Believing that they had achieved their goal, which was to heavily dent the opposing forces, Sturgis ordered a withdrawal to Springfield and then back to Rolla. Interestingly, all of Lyons officers (except Captain Tomas William Sweeny) had wanted to retreat to Rolla as soon as possible.

Sweeny, being an old and trusted friend of Lyon, had led the expedition into Springfield a few months before. He was an enthusiastic and charismatic leader who lead two companies from the First and Second US Infantry in the final charge off Bloody Hill. Only a few days prior, scouts had reported that there were 20,000 Confederate and Missouri State Guard men marching toward Springfield. Although this turned out to be a gross exaggeration, the truth was not known at the time. McCulloch, after the Federal forces started their retreat, was quoted to have said, “We were glad to see them go.”

McCulloch’s forces were running dangerously low on ammunition so they did not pursue their enemies. Price and McCulloch argued (like they so often did) whether or not to go on the offensive, fearing the supply lines would be stretched too thin. Feeling they were overly exposed, McCulloch withdrew into Arkansas. Price forged ahead and moved rapidly throughout Missouri.

Over 150 years after the guns at Wilson’s Creek fell silent, passersby have come across some odd and disturbing paranormal events. Tourists have heard the sound of rifle fire echoing across the battlefield. When asked, the park guards would tell the tourists that no battle reenactments or demonstrations were scheduled for that day.

If that was not odd enough, people have reported seeing a young girl walking with a pail of water from the Ray Spring House over to the Ray House. These two surviving structures from that time period were used as a field hospital and base for Confederate forces during the battle, and then after the battle The Ray House became a hospital.

On Bloody Hill people have seen wounded, dead and/or disembodied Union and Confederate soldiers lying on the ground yelling for help. Silent cavalry charges have also been reported as well.

During an interview with John Rutherford, who has collected ghostly accounts of Wilson’s Creek, he told me about two ghost sightings he had heard about. The first from Janice Tremeear, author of Haunted Ozarks. She and a friend were walking over the Wilson’s Creek battlefield, and when crossing Bloody Hill, they became separated, “Just barely out of eyesight,” Rutherford says. When they called out to one another neither of them could hear the other. He noted “The way I understood the story…is that the guy actually heard audible sounds of the battle.” Although they could see each others’ mouths moving, no sound could be heard. Rutherford noted that Janice described it as a “time rift.”

The second story is about a volunteer from the state park. Rutherford describes him as “a really serious guy.” This volunteer was a storyteller for tours and “the Ray House is a focus point of their storytelling.” He was talking to a group of students on the hill near the Ray House. His back was to the Ray House spring, facing the house talking to the students. All of a sudden one of the students pointed and said “who’s that?” He briefly stopped to look and saw a woman walking between them and the Ray House spring down at the foot of the hill, and then starting to go up a hillside. He finished what he was a saying and turned to look again and the woman was gone.”

Rutherford also explained that there was a potential connection between the ghost sighting and the soldiers who fought in the battle. According to him the soldiers would sometimes bring their wives with them on the campaign, because they would not know when or if there was going to be any action at all in the summer of 1861. Rutherford added “It’s my opinion, because of something that happened on the battlefield a few days later, that it was a lady who had just given birth, and was looking for a baby…and the reason why I bring that up is because a day or two after the battle of Wilson’s Creek, a family from, I believe, Lawrence County, came to walk over the battlefield and found an infant abandoned on the field. Is it the ghost of the lady looking for her baby?”

Just two days before my meeting with Mr.Rutherford I had been researching materials on Wilson’s Creek and came across the infant story briefly described in a book. It said that several years after the infant was taken in, she developed mental health problems and was sent to the local asylum. Some say she grew up and spent the rest of her life in a homeless shelter. Nobody knows for sure, so while it may be speculation or tall tales, these ‘coincidences’ sure are interesting, aren’t they?