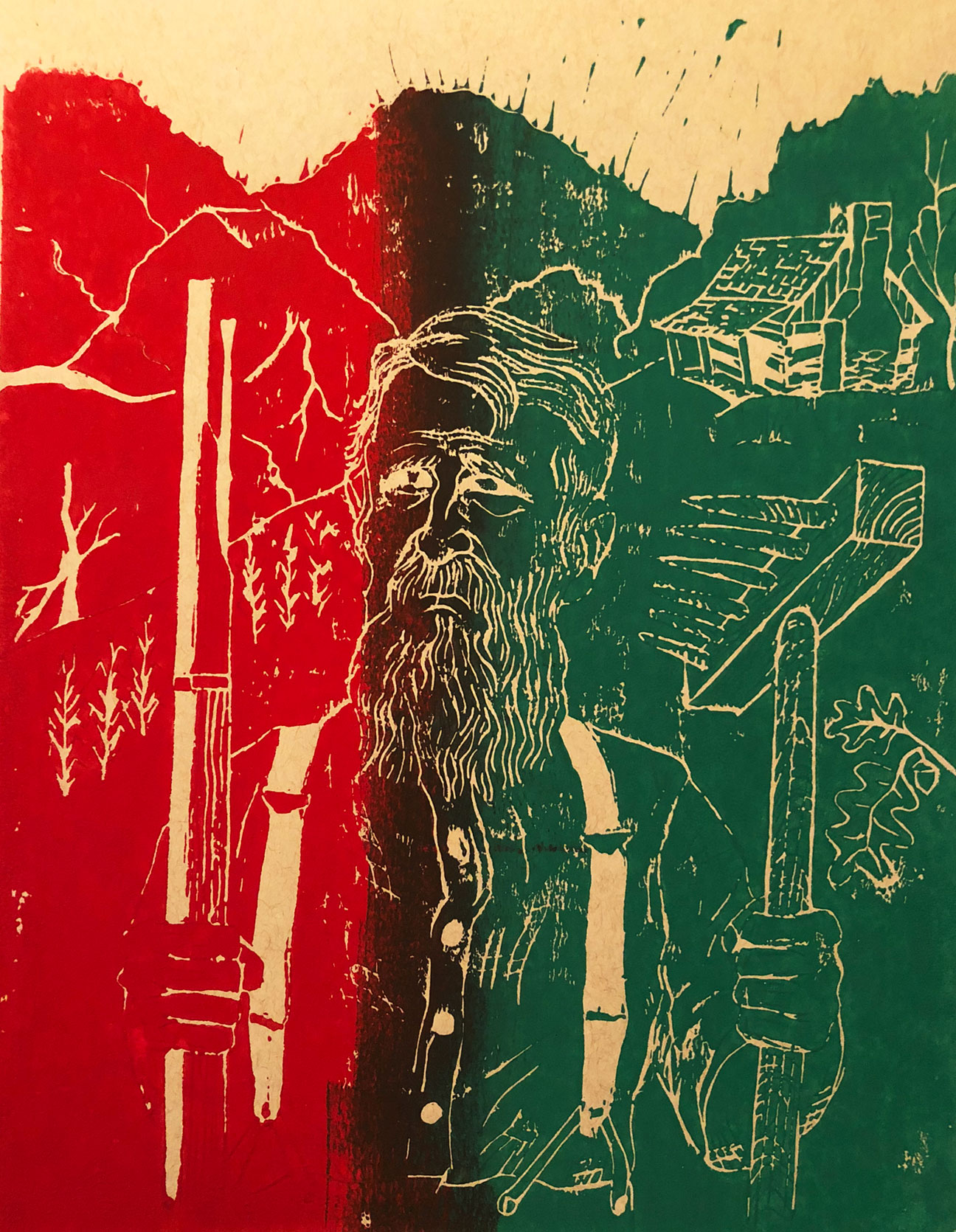 Cotton was not king in the Ozarks but hard work was. The soil was not suited for farming. If it had been the planters would have bought it up and brought their slaves with them.

Planting was done in small clearings. It was no easy task and the crops grown in the rocky soil were done so for subsistence, not cash.

Some of the corn was used to feed the cattle and some was ground into meal for the family.

News was slow to travel to the Ozarks but when it did arrive it brought word of the impending war.

My father doubted the war would make it to our isolated homestead.

Leaning against a split rail fence he stated, “There is barely enough for us to survive on, much less enough to fight over.”

He was in deep thought. He shifted the rocky soil back and forth with his foot and it was not clear whether he was trying to convince me or himself. With pipe in hand , he pointed at the barn and said, “Harness the mule son. We’ve got a crop to put in”.

From time to time a neighbor would bring news on the current state of affairs. Jim Sutton stopped by one day and stated the Governor had met with Captain Lyon in St. Louis to negotiate a peace and that the meeting had ended with Captain Lyon declaring war on the Governor, the State and every man, woman and child who lived there.

News traveled “through the grapevine” in the mountains, from neighbor to neighbor. Newspapers were a rarity. Partly because of  isolation and partly because more than a few settlers could not read and had very little time for such luxuries even if they could. Despite the rumors of war, there was always work to be done. Wood needed to be chopped, livestock fed and fences repaired.

Most of our neighbors were of Scots-Irish who had immigrated from the neighboring states of Kentucky and Tennessee. They were Southerners of a different social class. A working class who placed more emphasis on necessary labor and taking care of their families and neighbors than the politics of the day.

August brought news of a great battle in the Western portion of the state and another visit from Jim Sutton.

I had just finished my chores for the day and had drew a bucket of water from the well. I dipped the ladle into the bucket and was taking a sip of the cool water when I saw Mr. Sutton ride up on his horse.

“Howdy Elijah”, he said with a smile, “Is John around?”

My father walked out of the barn and said, “Howdy Jim. What brings you around?”

Jim Sutton climbed off of his horse and shook Daddy’s hand. “Can I talk to ya?”

They went to the barn but I could still make out part of the conversation. Mr. Sutton was trying to convince Daddy to join the Confederate forces and Daddy countered with, “Who’s going to take care of this farm and this family? This is no war for us besides you said Lyon was dead. There might not even be a threat to us now.”

“I’m going John”, Mr. Sutton said. “Lyon being killed isn’t going to stop what’s comin’, if anything, those Yankees are going to want vengeance and don’t go thinkin’ we’re gonna be safe here. Mark my words. They’re going to swarm over the whole state like a plague of locusts.”

“You too John”, replied Mr.Sutton as he mounted his horse and turned it toward the road. Before riding off he stopped and added, “John. There are a lot of families headed down to Green County, across the state line. If the war visits your place take what you can and get down there.”

“What a special and truly unique event. I came away from SOTO Writer’s and Artist’s night with a feeling of heart-filled happiness, and admiration for the tremendous amount of talent that we had experienced. I was refreshed by experiencing something completely out of the norm for our community.  Artists and writers who create outside of any limelight, and outside of public view, were finally provided a platform to share their amazing gifts.  This talent needed to be shared. You could feel an entire range of emotion emanating from the audience, as these writers poured out their hearts and minds through image and words. I’m absolutely delighted to know that I’m in a community with so much talent and thought-provoking creativity. And I’m very pleased that SOTO provided a platform for them.” — Curtis Copeland