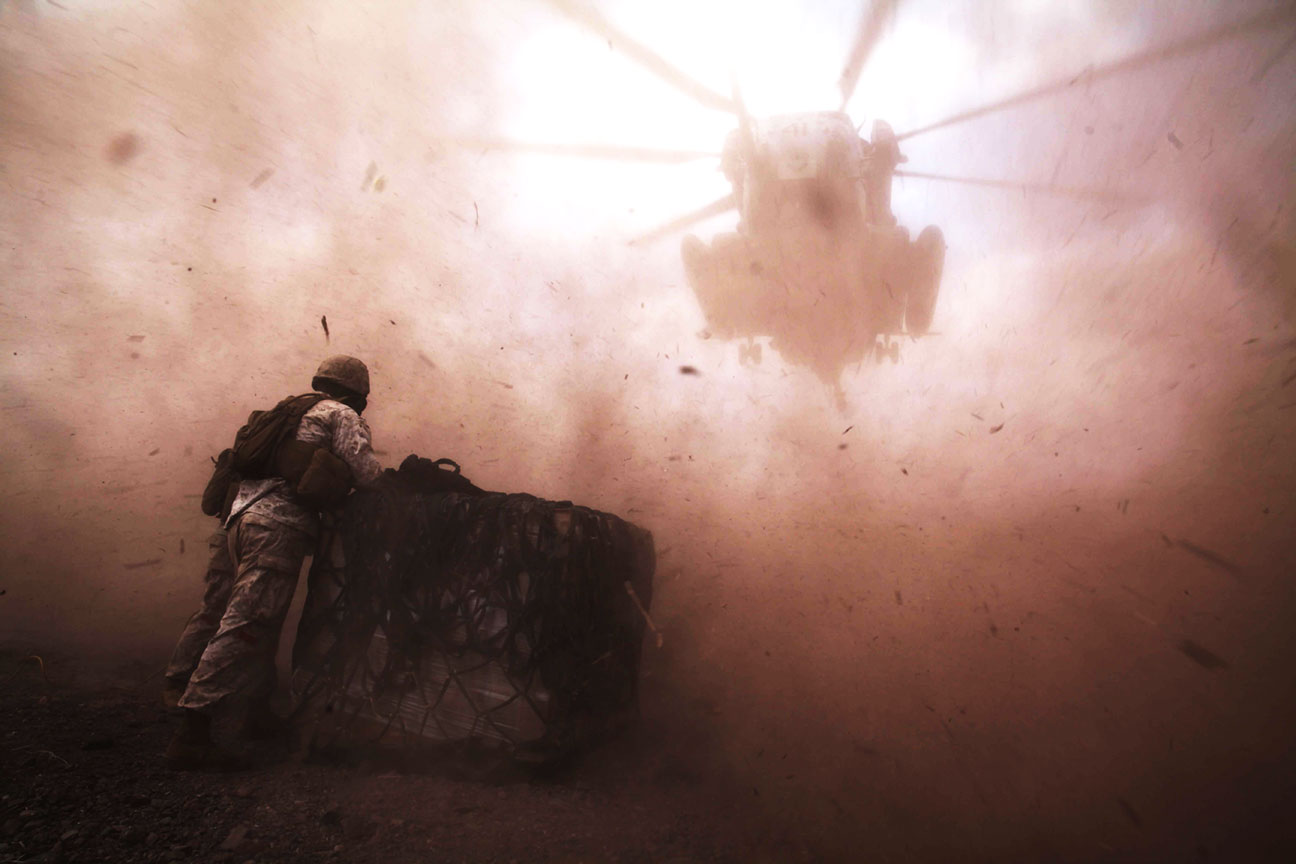 I wrote a poem once.

It was about you and how you had decided to run off to the military instead of marry my cousin (or me, for that matter). The poem asked a simple question: Why did it have to be you?

Why not some other 18-year-old?

Why not some other boy looking to be a man?

Why not someone faceless?

I never shared that poem with you. But I can assure you the words were selfish, ignorant, childish… and received rave reviews from my high school classmates.

It was the day of your graduation from Basic and you were leaving — in several senses of the word. That was almost four years ago.

Mainly for leaving but also for only saying, “I like your bangs.” Here you were, leaving for a completely unknown amount of time and the only thing you could say to me was about my post-breakup-from-my-first-college-boyfriend- and-now-loathing-in-low-self-esteem haircut.

But don’t worry. I’m not bitter about it or anything.

I now realize we speak two different versions of the same language. You say: “Rog, so brief me on the sitrep.” I say: “Tell me what’s going on.”

Scratch that. We speak different languages.

But now there’s more than our languages.

I think cat videos and grammar puns are funny.

You think telling me you’re deploying to Kandahar — as an April fool’s joke — is hilarious. It’s not.

I can apply extra-black, lash-lengthening mascara to one-and-a-half eyes in about 45 seconds. You can dismantle, reassemble and function-check a 9mm Beretta in less than 30.

I have allergy attacks when the weather changes. You were diagnosed with PTSD. And flagged for alcohol dependency. And self-medicate with a daily pack of cowboy-killin’ Marlboro Menthols.

You got “shwasted” on your birthday last summer and told a bar full of Air Force guys I was your wife. To me, you explained “drunk me” is braver than “sober me.”

I understood what you meant when you told me your plan: Come home, find me, pick me up, spin me around ”just like the f—–g Notebook.”

You’ll be happy to know I have learned a lot since my naïve high school days.

First, I’ve learned you are in a wholly different world. You’re in a world where wide-eyed boys are quickly grown into tattoo-clad men.

Second — for the record — my bangs were quite unflattering. Thank you for trying to be kind. In the moment you were leaving, I think a realization smacked you in the face and heart:

You won’t be here to see the graduations, the weddings, the births, the funerals…or even the new haircuts.

Third, if I wrote a poem about you now, it would make high school kids’ heads spin. But I wouldn’t ask a faceless, nameless boy to take your place. I wouldn’t accuse you of running away.

I would — instead — write about how you took the place of another. How you ran full speed ahead into the chaos. How you exchanged your young adulthood for machine guns, death, night terrors and loneliness.

How you sacrificed your freedom for mine.

I want you to know that your bravery and sacrifice does not go unappreciated or unnoticed. I see your pain and heartache. And jealousy.

I want to tell you Thank You for the thousandth time because you are important and worth a million thanks.  But even after spilling my heart on these pages, you’ll probably respond with “I’m just doing my part.”

I’ll try to translate your language into mine.

Originally printed MAY 22, 2015. “YANKEE WHISKEY, MIKE” IS THE PROPERTY OF AUTHOR LAUREN HEMBREE. THE ARTICLE IS REPRINTED HERE WITH PERMISSION.

“Greater love hath no man than this, that a man lay down his life for his friends.” — John 5:13