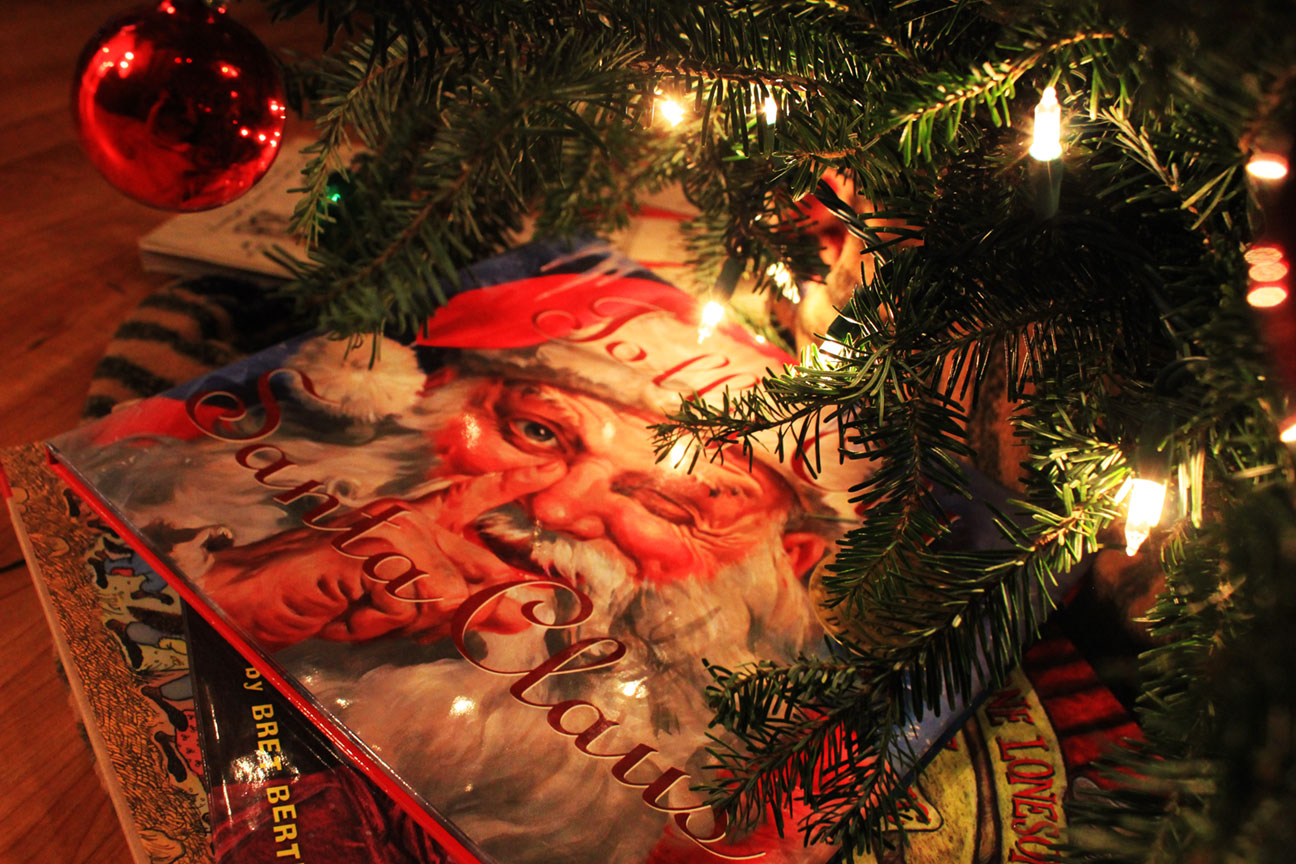 A Fraser fir is standing in my living room. Decorations have been found. Cookies are baking in the oven. Popcorn is popped; the cranberries and string are gathered for old-fashioned garland. Presents are being wrapped. Hot chocolate is simmering on the stove.

The house fills with the sounds — and scents — of this “most wonderful” time of the year. Outside, a gentle snow is falling, adding a final touch to this Currier & Ives-kind-of-scene.

I’m thankful for the warmth of our home and the joy of family and friends close by, all preparing to celebrate the birth of the Christ Child.

But my heart also hurts knowing not all homes are experiencing such warmth and light this Christmas season. Here in the “land of plenty,” even right here in the Ozarks, there are families feeling the sting of want so keenly.

My mind wanders back a’ways. It was right before Christmas, 1979. I’d gotten a phone call from one of the local business folks in town. “Would you help us take a ‘few’ Christmas items to a family in need?” they asked. I was pastor of a local church and, naturally, agreed.

I met the benefactors at their place of business and was astonished at what we were fixing to do. Their blue Dodge van was loaded clean to the top with those “few” Christmas items. That van was packed so tightly I wasn’t sure if there was gonna be enough room for both me and the driver.

On the way to our destination, I was filled in on this family’s situation: a young mother had been widowed earlier that year. She had four children, ages two through 12. Three girls and one boy. They lived just off the main highway.

It was a home I’d passed almost daily but never paid much attention to it. Quite frankly, I did not realize anyone was actually living in the place. The “house” was little more than a shed.

That young mother worked hard but things were tough for her and her kids. It took all she could make — and then some — just to keep those kids fed and clothed, with a roof over their heads. She had been forced to leave her real home, having not only lost a spouse but his income as well. It was a truly heartbreaking deal.

I knocked on the door and the mother answered. I introduced myself and explained our reason for being there. Swallowing pride, she consented to allow us to bring in the “few” Christmas presents.

The first present to come out of that van was, believe it or not, a fully decorated Christmas tree — lights, ornaments, tinsel, tree stand. We helped clear a place inside and get it set up. As soon as that tree came into the house, those kids started to squeal with excitement. Once the tree was in place and lit, we brought in the rest of the load.

There was box after box of canned food and other groceries: sacks of fresh fruit, jugs of milk, cartons of eggs, bacon, butter, bread. Homemade pies, freshly baked cookies, a couple of bags of candy. There was even two aluminum roasters, one with a baked turkey, another with a large ham.

But that wasn’t all.

The couple who had called me had sure done their homework. They had secretly gotten the sizes of all the children and bought coats, shirts, pants, gloves, stocking caps, winter shoes, and boots for each one. And yes, there was even a toy or two. After all, it was Christmas.

There was one final gift left.

I’d been handed an envelope to give just as we were to leave. Inside was a very large sum of cash… and a receipt for the family’s rent, paid in full for the coming year.

That dear mother looked inside, collapsed into a chair, and began to sob. The younger kids started crying to, as she said, over and over, “I can’t believe this. Thank you. Thank you!” I must admit I was crying too.

After the tears were wiped away and the goodbye hugs given, the benefactor and I got back into the now-spacious van and returned to town. I thanked him for allowing me to be a small part of this experience. It was then I learned my part wasn’t over.

First, I was to never tell anyone the names of the couple who had done this.

Second, I was to keep an eye on the family and if they ever needed anything that I or the church could not supply, I was to let these dear folks know.

Third, I was to make sure this young family as welcomed into our church community.

I still get misty-eyed when I think about that day. But there is also part of that memory which haunts me. Here was a mother and four children desperately in need. I and so many others passed that house every day, oblivious to their need.

It had taken someone from outside our church to make me aware of what was going on.

Truth is, Christmas is all about helping needy people. That’s right. The needy people? That would be us.

Our great need is forgiveness of sin. Try as we might, there is nothing you or I can do to meet that need on our own. And so God, our heavenly benefactor, met that need for us by sending His Son Jesus to this earth, to pay the penalty of sin for us, and make it possible for us to know God.

God did all the work. All He asks is that we believe.

Generously meeting others’ needs is a good way to celebrate Christmas because that was the original purpose of Christmas. God generously met our greatest need.

I sure am thankful to God for all I have. I pray for those not as fortunate as I, asking God to show them to me. And I thank God He chose to meet my greatest need — my need for Him.