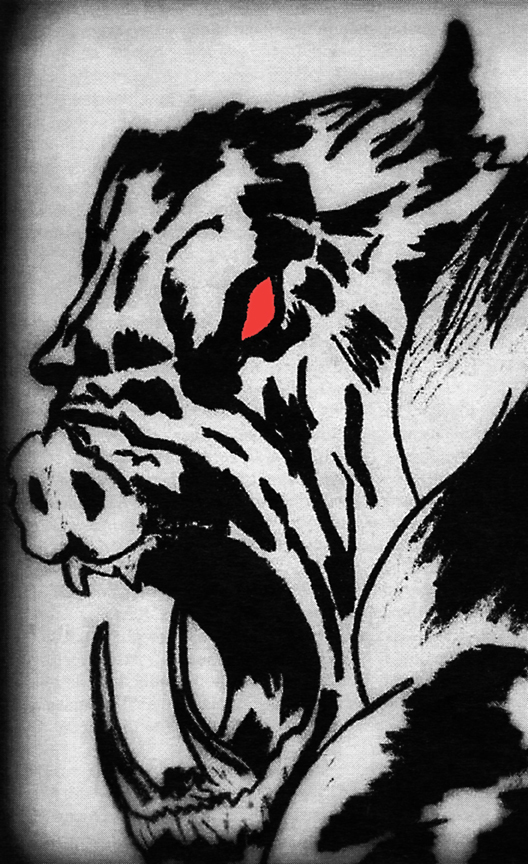 Adjoining Hogscald Holler is Durham Mill Hollow. This hollow has a large cave with walls — according to multiple sources — covered by petroglyphs carved by the Ancient Ones: the Ozark Bluff Dwellers who came before the Osage, Quapaw or Caddo. It is likely saltpetre-rich soils from this cave were mixed with privy waste and charcoal to produce gunpowder during the Civil War. During the 20th century, however, the cave entrance was pushed in with a bulldozer, sealing its secrets from the outside world.

To the southwest of the cave was Durham Mill. A three-story undershoot mill, this regular stop for the Butterfield Overland Stage became an important asset for the Confederacy. But before the war, the mill owner was in cahoots with a group of bandits who hid out in the cave. The millwright would offer travelers free lodging in the millhouse but after dark he would alert the bandits who would close in for an easy robbery. It took awhile but the law showed up and a shootout occurred near the cave. All the outlaws were captured, executed and buried in unmarked graves on Samuel (or Sandstone) Mountain, roughly two miles south. The Durham Mill operated until 1940. Today, very little remains of the structure.

Just beyond the mill race is a series of deep holes much like scalds. However, these holes are more than 20 feet deep on occasion and are always covered by the creek. Due to the depth and clarity of the water, the holes have a deep bluish hue. A popular swimming spot for years, the area beyond the mill race is simply called Blue Hole.

Hogscald Holler has even inspired its own folk tales. Truly grim fairy tales were necessary in those days in order to frighten children away from the dangers of the forest. The Arkansas hills were teeming with bears, panthers, razorbacks, copperheads, cottonmouths and rattlesnakes. From a bluff or sinkhole edge, a single misstep could plunge an unwary child hundreds of feet onto boulders below.

Even adults had to be careful. According to a story told by my cousin, Keith Bennett, Dave Prickett was working a sorghum patch above the Durham Mill Cave when a portion of the cave ceiling collapsed beneath him. Prickett drove his team right off into the cave! Luckily, neither he nor his horses were killed.

One tale called Raw Head and Bloody Bones is set in Hogscald Holler. This story dates back several hundred years and there are many versions of the fable in Europe. From what I can tell, many early pioneers to the Hogscald area were German although this version has its own twists:

An old witch named Betty lived at Hogscald and she had a pet razorback which — like all hogs — would root around all the time. Oftentimes, this razorback would get into Betty’s potions and spells and once the hog magically gained the ability to walk upright and talk like a man. However, the potions came with a terrible side effect: the flesh of the hog’s face was eaten away. Just the same, the witch loved the razorback and named him “Raw Head.”

One day, a local farmer shot Raw Head and scalded him in Hogscald Holler. The witch used her magic ball to find her beloved animal and brought the pieces back to life.

“Bloody bones, get up and dance!” she chanted. Lightning struck the hog’s body and his bones came back together. She used magic to give Raw Head the claws of a dead bear, the teeth of a dying panther and the tail of a rotting raccoon whereupon Raw Head sought vengeance on the farmer. Finding him on the road, Raw Head chased him back to his farm, cornering him in the barn.

“Land O’ Goshen!” exclaimed the farmer. “What is that bushy tail for?” Raw Head hesitated for just a moment and then screamed, “To sweep your grave!” pouncing on the farmer. Still, the man was able to get away, jump on his horse and ride pell-mell into the dark forest.

It is not hard to see the influences of well-known folktales such as Little Red Riding Hood and even Sleepy Hollow.

Fayetteville folk duo Still On The Hill (Donna Stjerna and Kelly Mulhollan) even wrote a song about the legend in 2013. Inspired by the region, Still On The Hill have also wrote Once A River (inspired by my great-great grandfather) and Bluff Church, (recalling the baptism of a young girl at Hogscald).

Through Stjerna and Mulhollan, I was introduced to Ed Stilley, an Arkansas legend in his own right and the subject of several books. Stilley was born at Hogscald in 1930 and he is known for building hundreds of guitars from commonplace objects and giving the instruments away to children.

In a song titled Take Me To the Other Side, Stjerna and Mulhollan eloquently describe Stilley’s calling and craftsmanship:

“Pork chop bone whittled for a bridge / Tail piece made from a rusty old hinge, door springs, sawblades mounted in the middle / The Lord likes the sound when them old parts jiggle / Cut out the frets from a brazing rod, carved on the top True Faith True Light Have Faith in God”

Stilley shares a common thread with my great-great grandfather as Stilley also preached and baptized people. Raised by Fannie Prickett in a little house just above the scalds, Stilley grew up knowing that making a living was tough and folks had to be creative to survive. Fannie Prickett ran a beauty salon in Eureka Springs.

Stilley sold fresh eggs and helped out on farms. Digging up nightcrawlers was free so in the 1950s, Stilley turned his chicken house into a bait shop for fisherman on the White River. Beaver Dam impounded the White River in the 1960s creating Beaver Lake and so Stilley’s barn became the Hogscald Hotel. Today, the original chicken house/bait shop and barn/hotel serve as a residence for the Hall family.

During the ’60s and ’70s, Hogscald became a lesbian commune and nudist camp. During summer months, skinny dippers were often found in the cool water holes of Hogscald. Even the then-mayor of Eureka Springs got involved (and the story ended up on the Maury Povich Show). In the 1980s, Ozarka Water was shipped to Hogscald from Eureka Springs and bottled in the old hotel. In the 1990s, the tourist ship Belle of the Ozarks was build in the field known as the “Confederate Kitchen.”

Over the decades, the serenity and mystery of this spot has attracted prominent authors and artists as well, including Vance Randolph, Glenn Swedlun, Louis Freund, Helen Long Bittick and Ernest “By Golly” Schilling, in addition to the aforementioned Cora Pinkley-Call and Otto Ernest Rayburn.

My work with Hogscald Holler is two-fold. As a site steward for the ORLT, it is my job to remove trash, document wildlife and keep in touch with the area’s neighbors. As an archeologist, I’ve been able to document enough artifacts —without ever sticking a shovel in the ground! — to assign reliable dates to many of the site’s features. One square mile is now protected as an archaeological site. The Hogscald Nature Preserve lies at the heart of this site.

This article will surely pique the interest of many who read it. However, I must warn all that camping and campfires are not allowed at Hogscald. Hunting is a major violation and is not tolerated by the Arkansas Game & Fish Commission (which is currently offering a $7,500 reward for information leading to the arrest of those involved in the killing of a bald eagle there this spring).

Also, Hogscald is a dangerous place with a high population of copperheads and cottonmouths. Brown bears have been sighted and neighbors of the preserve report hearing big cats recently.

Because the site is protected, artifact hunting is a jailable offense. There are no signs or fences to warn where site property ends and private property begins. Trespassing is a crime and there are a handful of neighbors who will shoot first and ask later. If you choose to visit Hogscald, keep your visit to the scalds or near the main road. Take photos only.