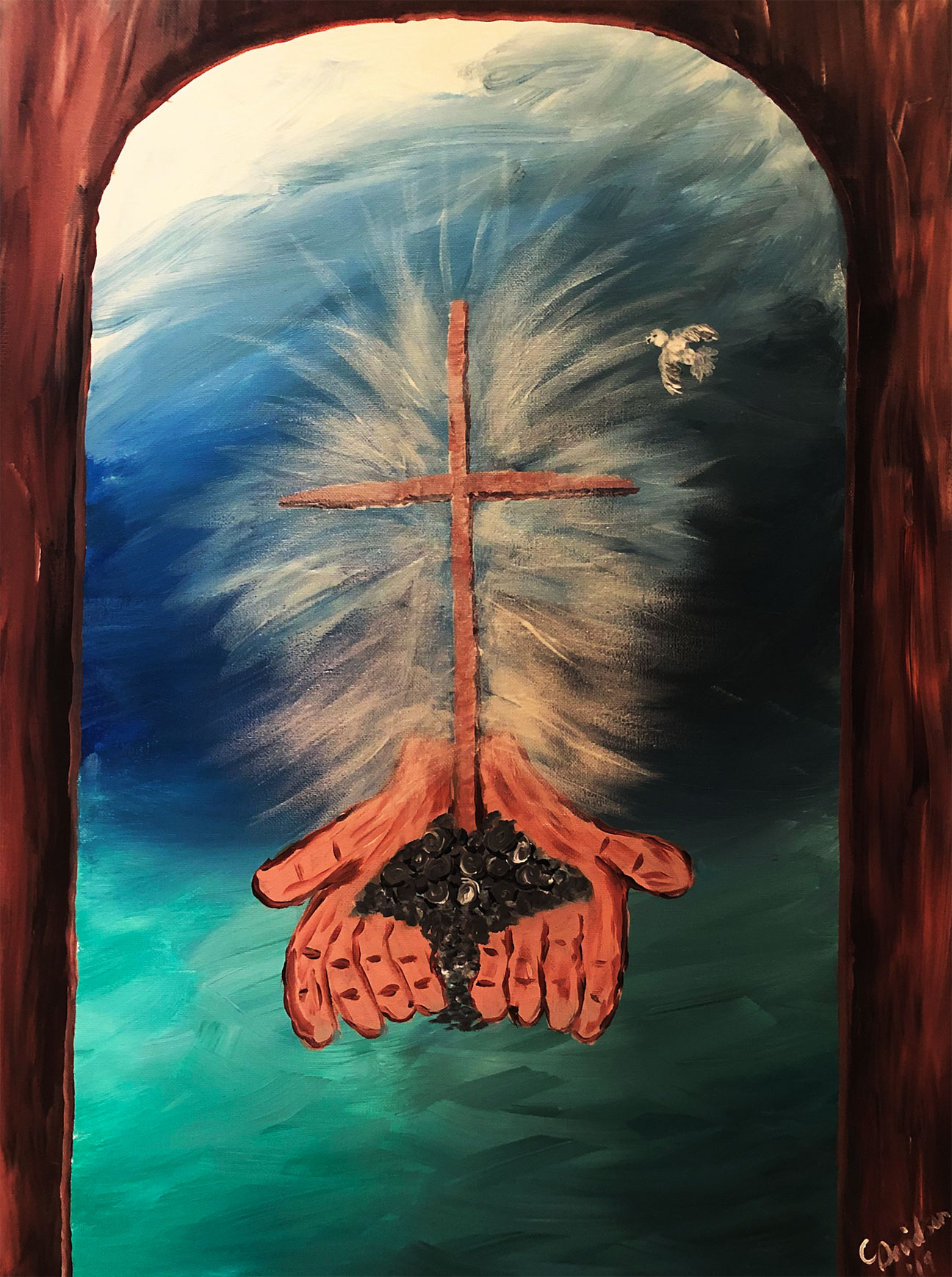 What is it that we refuse to see?
Why does the world face the same predicaments
Clinging to their history?
Society is fuming, mankind up in arms
Each unique cause we battle for, to try to soothe our harms
Although beauty has never ceased to exist
In polluted, ugly waters it sits
These waters, stirred up by calloused hearts
Each wound affecting generations of moving parts
These hearts didn’t arrive there by being told
They really didn’t mean to be so cold
The resistance, the rejection, the pains of life
It constructed the layers, carved with each knife
It warps and it hides
Concealing instead of healing
The connection that keeps us strong
Seeing past our bad, all of our wrong
The connection that enables us to endure
The vicious acts of nature, whose torment is sure
The vital antidote to our broken system
Has been lost in the smoke, dismissing all wisdom
If we could only see that with it
Our condition could take the hardest hit
This antidote has existed to many since time
Broke through the universe, a collision divine
Could we have seen that our own version of the antidote
Would prevent it from becoming the cure?
All we’ve done to it is obscure
If we could see this cure in its purest form
Would we accept it?
If we saw its raw, natural state, would we finally believe it?
Who told us these things?
Who convinced us what to believe?
Who taught us how to act, and what to perceive?
Would you accept that you too have been deceived?
Could we see it for what it really is?
Can we acknowledge the truth if it surely exists?
We’ve been in it for too long
We know the dances and every single song
How did it happen? How did we go wrong?
Yes, we are wrong, we are so very wrong
From the tops of these hills, I declare we’ve done it wrong!
They loved him, they loved, they loved him so much
One look from him, that one little touch
They were healed, they were free,
Why do we refuse to see!
We sit in our pews, right under that steeple
We notice the pain, all the worn-out people
Our sins aren’t as great as theirs, oh no
We won’t let them see ours, no no
Our thoughts are directed
By the system we’ve erected
The genocide to our souls is true
Maybe it’s happened to you
They sit and they see us
Yet our self-righteousness
Blocks their view of Jesus
What if I told you he came for the sheep?
Would those words be enough for us to keep
Our judgments, our glares, our snooty little stares
From damaging the masses, does anybody else care?
Look what we’ve done, we’ve broken the story
The one that sits in all Heaven’s glory
He said it himself, he came for the sheep
Those held by chains of the rules that they keep
Those rules multiply, they breed
Skimming past everything that we need
Turning our free will into costly webs
Can we not just get it, get it out of our heads?
The sheep hanging lost by the ropes of the rules
We follow them closely, taking heed to the cues
We sit, we stand, we pray, and we grin
But why do we still see people as sin?
On death he rode to save our hearts
Yet today we refuse, we can’t even start
A conversation, an understanding
Nothing that’s close to our minds expanding
No, let’s see what the news says, the rants and the raves
While human souls slip into the graves
If you still don’t believe the words Jesus said
Look beyond the waters and into the Red
He tells us clearly in Matthew 15
I’ve only come for them
The lost sheep of the House I’ve seen
And then his 12 closest, to what did he say?
He told them to find them, those lost and astray
Yet not to the Gentiles
Not to the unbelievers
But to the lost Jews
Matthew 10 paints the picture
Of these stunning views
It’s mind-blowing, I know
This isn’t some show
The smoke and mirrors are losing control
History repeats ‘cuz the lessons ain’t learned
Their trust and their love, we have not earned!
So listen up, let’s stand in the masses
And finally admit we can all be little asses
Let’s just be real, let’s just see
You for you and me for me
Come along on this journey, and you’ll see
The sheep will come home
They’ll come home, it will be