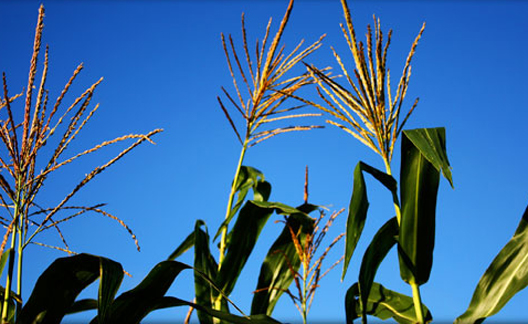 Fields were not terribly common in the more rugged parts of the Ozarks. Patches, on the other hand, were. It took but a small bit of land, carved out of the hillside, to grow a patch of grain.

Native to North American, raised extensively by the First Nations, corn took on new meaning as Anglo-Scotch and Irish made more than just cornbread. 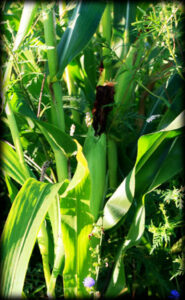 Whiskey (or whisky) became just as important to the back coves of the Ozarks as in those of old Appalachia. Moonshine.

Brought from Africa and carried through the Old South, the tall grass, sweet with juice, was cut in the fall, its canes mashed to a pulp in old mule-driven presses. The juice was slowly boiled until it formed a syrup. Far easier than bringing in expensive, imported white sugar.

Then there was the wheat.

Good red wheat, a staple on the newly plowed great fields far north of the Ozarks, was planted where it would grow.

At least one Ozark mill, Alley Spring, lost money as its grist stones were initially designed for wheat flour — and all the hillfolk brought corn. 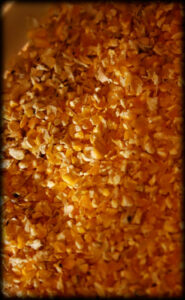 Nonetheless, wheat fields did take root, particularly on the rolling highlands of the Springfield Plain and up near Sedalia where the rugged Osage River Hills flattened out to merge with the great, tallgrass prairies.

Old fields and patches. Tended by farmer and mule. They’re rare these days. But the stories aren’t.