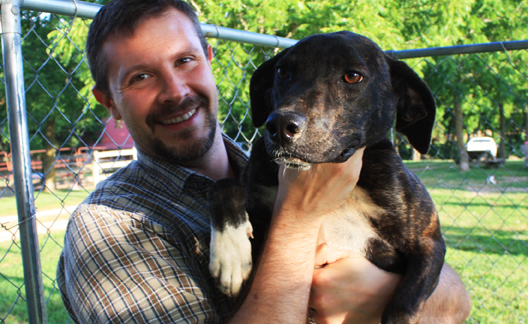 While Tip the Wander Dog in Johnie Groves’ story was not identified by breed, it is not impossible the eponymous subject of the article was a mountain cur.

Hardly an auspicious name for a nearly forgotten breed. The word cur brings with it highly negative connotations. One dictionary defines cur as “an aggressive dog or one that is in poor condition, esp. a mongrel.” However, the breed, much like Groves’ Tip, does indeed have something resembling royal blood. 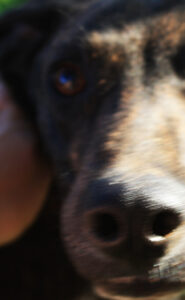 Dedicated to preservation, the Original Mountain Cur Breeders Association (OMCBA) was founded in 1957 by Riley Daniels of Georgia, Woody Huntsman of Kentucky, Dewey Ledbetter of Tennessee and Carl McConnell of Virginia.

Dedicated to preservation, the Original Mountain Cur Breeders Association (OMCBA) was founded in 1957 by Riley Daniels of Georgia, Woody Huntsman of Kentucky, Dewey Ledbetter of Tennessee and Carl McConnell of Virginia.

Described as the “all-American tree dog,” the cur’s history is closely related to European immigration into the southern mountains of North America. According to the OMCBA, Hernando de Soto brought brindle curs on his expedition to protect the conquistadors against wild animals. “[Scots-Irish] Hunters and settlers found the brindles when they came south,” says the Association. 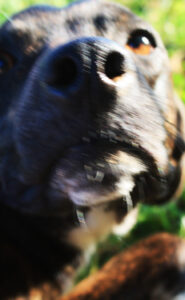 If that is true, brindle mountain curs have been wandering these old Ozark Mountains since the 1500s.

Today, dogs are our companions. Keeping a dog is often a luxury as dog food, shots and veterinarian bills add up quickly. And yet in the old pioneer days of our nation, dogs were a necessity. “They guarded the family against wild animals and caught, treed and holed animals for family food.”

As European immigrant families became American farm families, the mountain cur, an unassuming but intelligent and courageous breed, was their varmint dog, hunting racoons, ’possums, rats and snakes from around the farmyards. 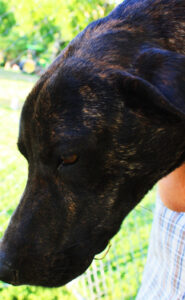 The OMCBA lists a number of dominant colors of this unique breed: brindle, yellow, black and blue, some with white markings. Varying strains are named for their first owners (e.g., Arline, York and Ledbetter).

Now in the 21st century, it is hard to truly understand the changes industrialization brought to our nation during the 1940s. World War II brought a homogenization of culture, floods of workers into the cities, a slow dying off of the old hill ways. Agriculture consolidated. Mountain farms disappeared. 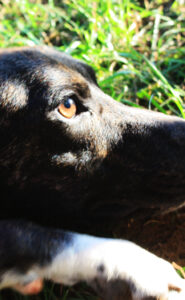 Were it not for the preservation efforts of a select few, this plucky dog breed with a deep-rooted history of the hills here in these great southern mountains, would be forever lost.

His nose is short and scrubby; His ears hang rather low;

And he always brings the stick back, No matter how far you throw.

He gets spanked rather often For things he shouldn’t do,

Like lying-on-beds, and barking And eating up shoes when they’re new.

He always wants to be going Where he isn’t supposed to go.

He tracks up the house when it’s snowing — Oh, puppy, I love you so!