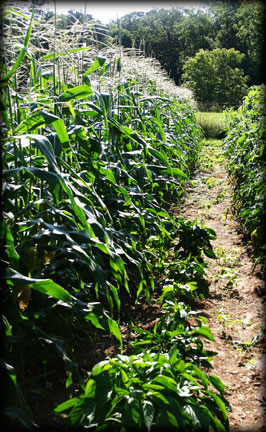 Truck patches were special things, ripe with humidity, a hard sun and an occasional rattlesnake.

Looking like nothing so much as a great big garden patch, truck patches filled with the everyday vegetables of the Ozarks — for picking, eating… and selling.

There is cultural heritage — and then there is something far above.

That something is food.

You want to really touch heritage and history?

Skip the marble halls of legislature or the dusty, quieted archives populated with both book and librarian.

Give me beans, shiny and black, brought to Missouri from far-off Tennessee; by none other than the Cherokee.

Out in the burning August sun, with bees buzzing around your head, taste raw Country Gentleman open pollinated sweet corn, white and milky. 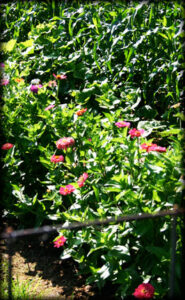 The ears have a shoe-pegged, zig-zagged pattern to them, identical to that same Country Gentleman corn planted by your grandfather and mine.

Early Wonder beets dating back before the War of 1812 — and varieties of crookneck squash, growing and tasting the same since before Columbus put his foot on Hispaniola.

Get out to the truck patch to see what you can find. Just watch out for snakes.

Particular’ amongst the strawberries.